Posted on December 9, 2021 by tonyheller

Berkeley experts say there are too many coyotes in town due to fires caused by climate change. 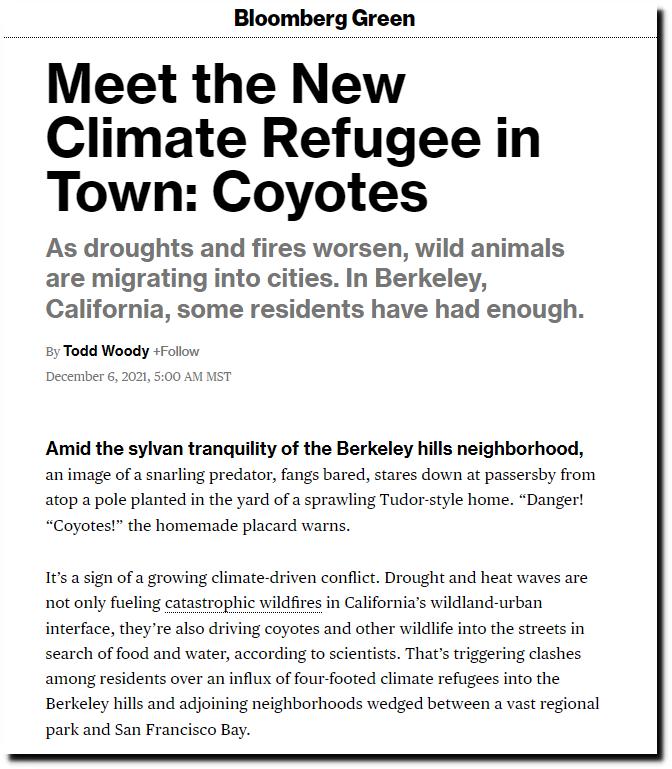 Sixty years ago, Berkeley experts said there were too few coyotes in town because of hunting, trapping and poisons. 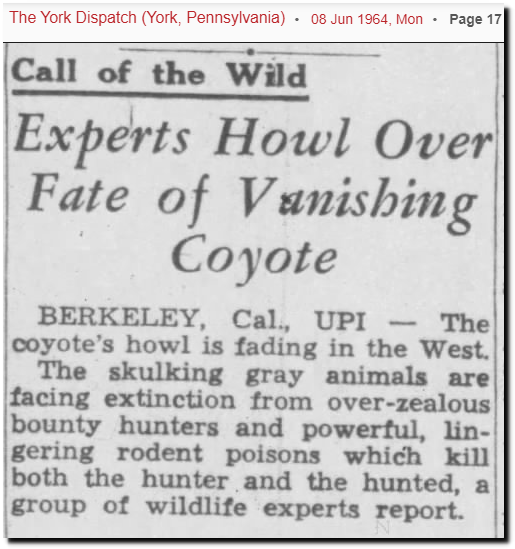 On this date in 1943, there were catastrophic fires in Berkeley – apparently not caused by climate change.

And today the New York Times reports there are too many bison in Yellowstone. 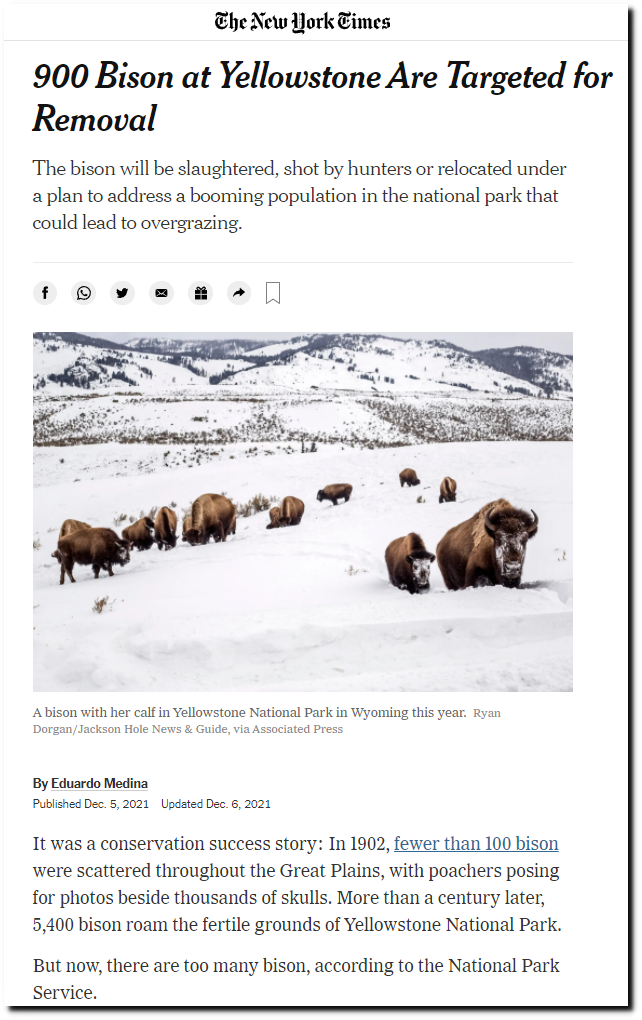 The extinction rebellion is difficult to keep up with.