This year finished up with the highest Arctic sea ice extent since 2003. 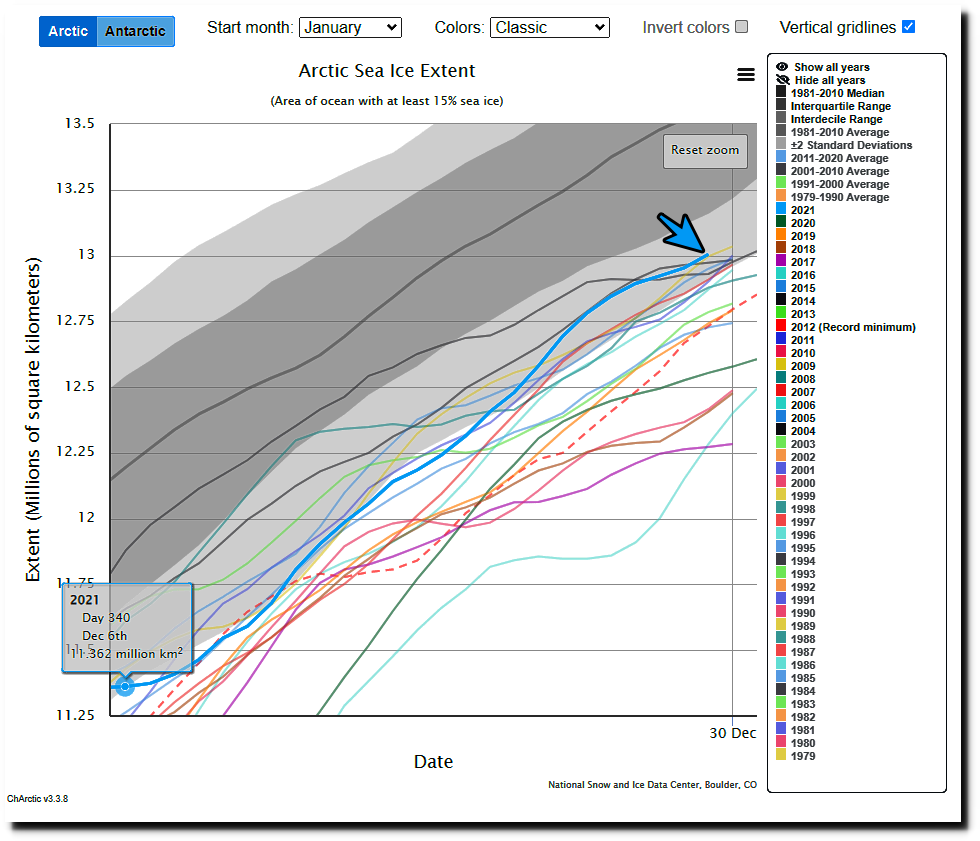