NASA Predicts The End Of Corn Corn yields have been increasing in a hockey stick for the past 50 years, which closely tracks the rise in CO2. 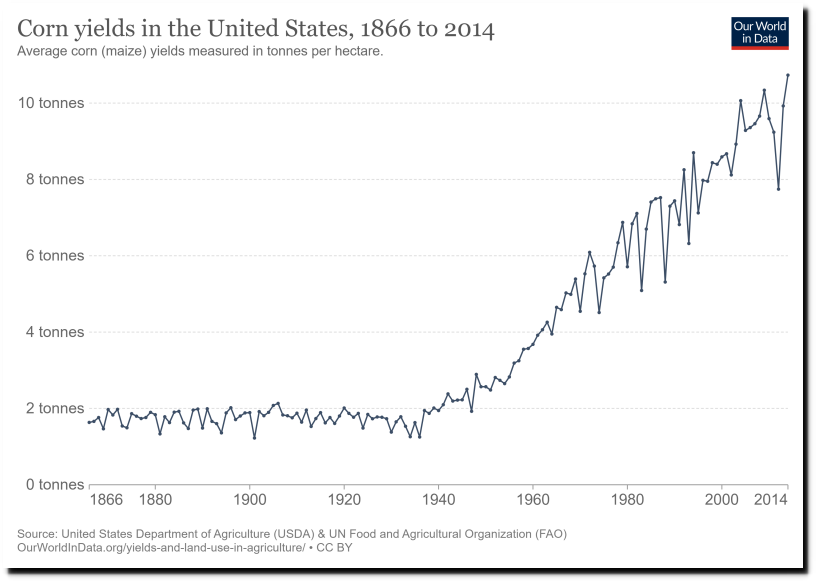 Precipitation in the corn belt has also been increasing, but the correlation isn’t as good as with CO2. Temperatures in the corn belt as well as the number of hot days has been declining for 90 years. NASA says earth is getting greener. The relationship between plant growth and CO2 has long been understood, but NASA climate scientists seem to have no interest in science. 8 Responses to NASA Predicts The End Of Corn