On October 3, 1946 the Atlanta Constitution reported this :

“Japan developed and successfully tested an atomic bomb three days prior to the end of the war. She destroyed unfinished atomic bombs,  secret papers and her atomic bomb plant only hours before the advance units of the Russian Army moved into Konan, Korea. site of the project. Japanese scientists who developed the bomb are now in Moscow, prisoners of the Russians. They were tortured by their captors seeking atomic “know-how.” 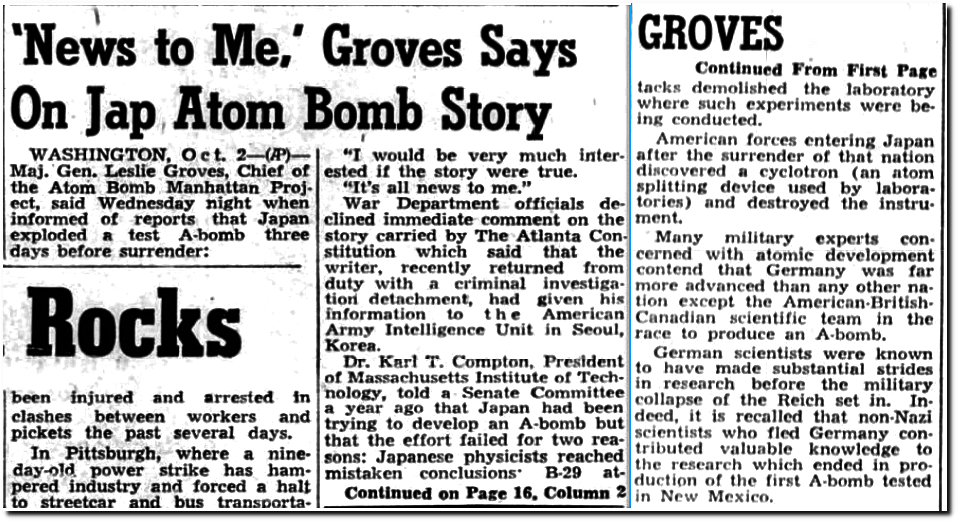