The Deep State sees the US Constitution as a threat to national security.

“one of their central claims is that Big Tech monopoly power is necessary to combat (i.e., censor) “foreign disinformation,” several of these officials are themselves leading disinformation agents: many were the same former intelligence officials who signed the now-infamous-and-debunked pre-election letter fraudulently claiming that the authentic Hunter Biden emails had the “hallmarks” of Russia disinformation” 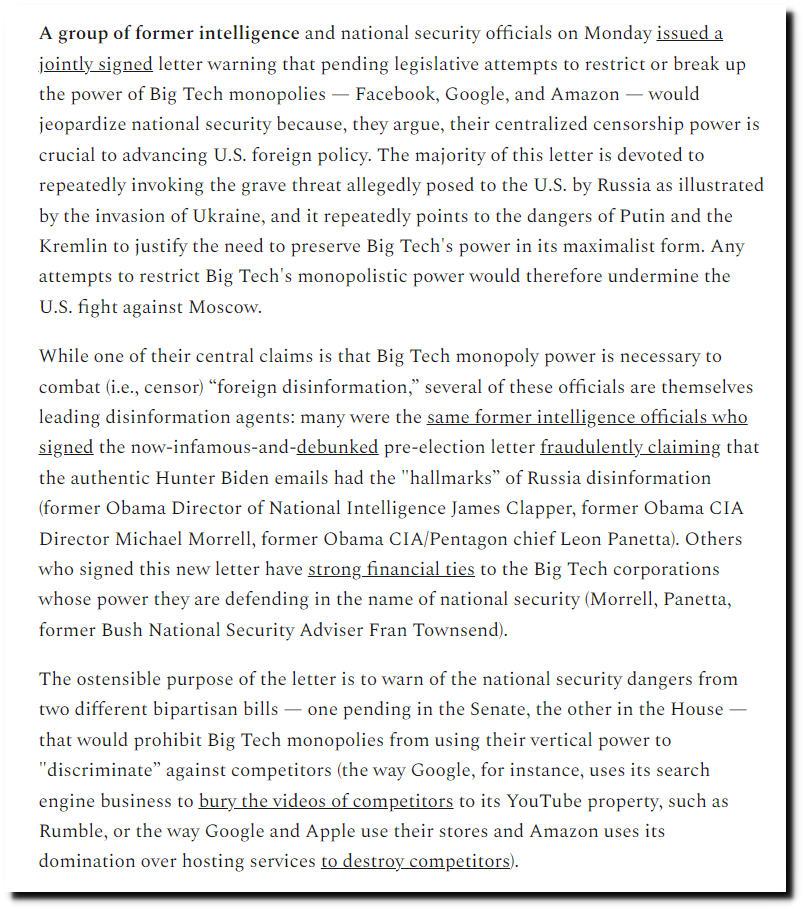