Except over a small area, it is generally understood, the glaciers of the world are retreating to the mountains. The glacier on Mount Sermiento in South America, which descended to the sea when Darwin found it in 1836, is now separated from the shore by a vigorous growth of timber. The Jacobshaven glacier in Greenland has retreated four miles since 1850, and the East glacier in Spitzbergen is more than a milk away from its original terminal moraine. In Scandinavia the snow-line is further up the mountains, and the glaciers have withdrawn 3,000ft. from the lowlands in a century. The Arapahoe glacier in the Rocky Mountains, with characteristic American enterprise, has been melting at a rapid rate for several years. In the Eastern Alps and one or two other small districts the glaciers are growing. In view of these facts we should not be too sceptical when old men assure us that winters nowadays are not to be compared with the winters of their boyhood.” 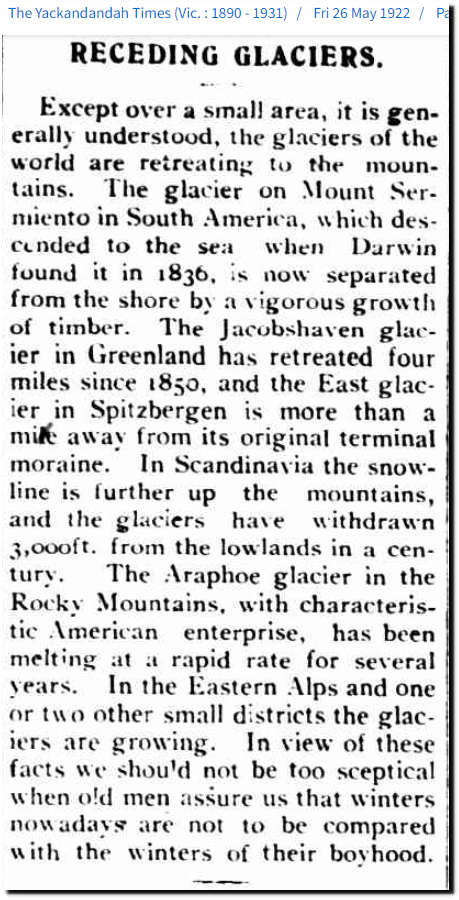