One hundred years later his birthday was renamed “Earth Day” by a man who killed and composted his girlfriend. 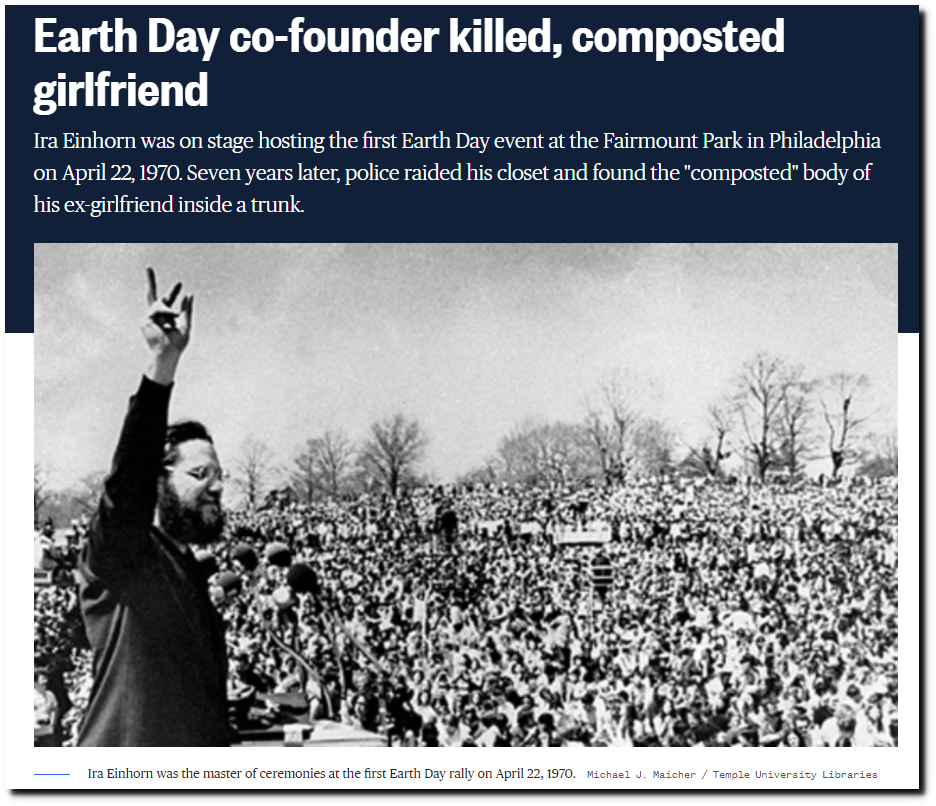 None of the doomsday forecasts made on Lenin’s birthday 1970 turned out to be correct. 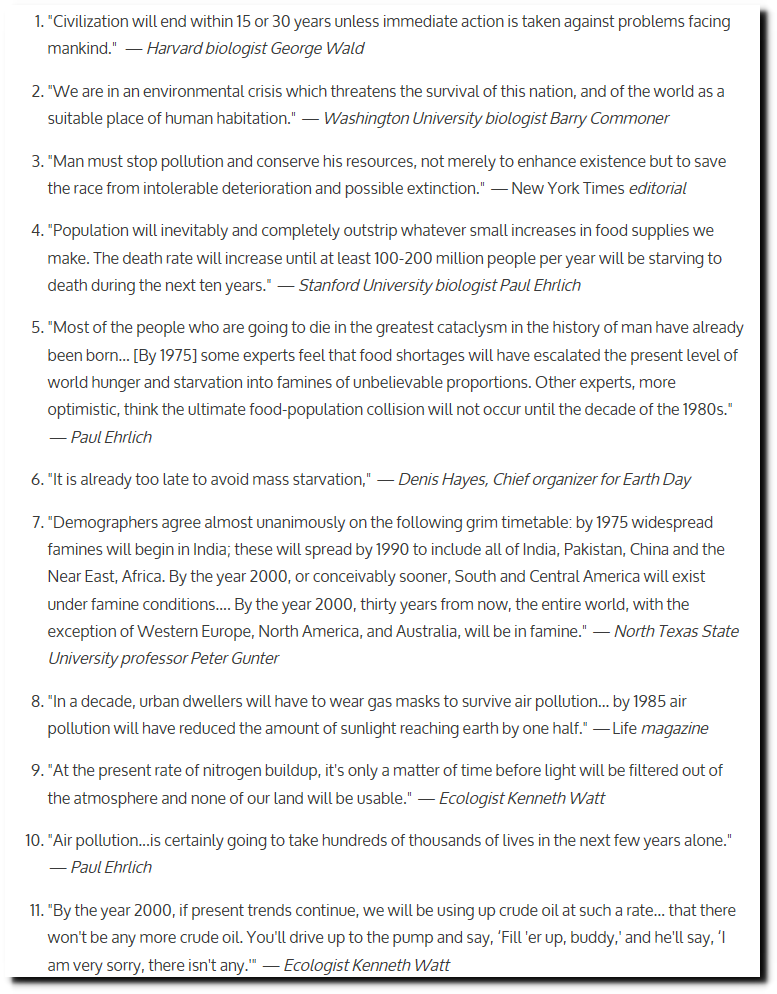 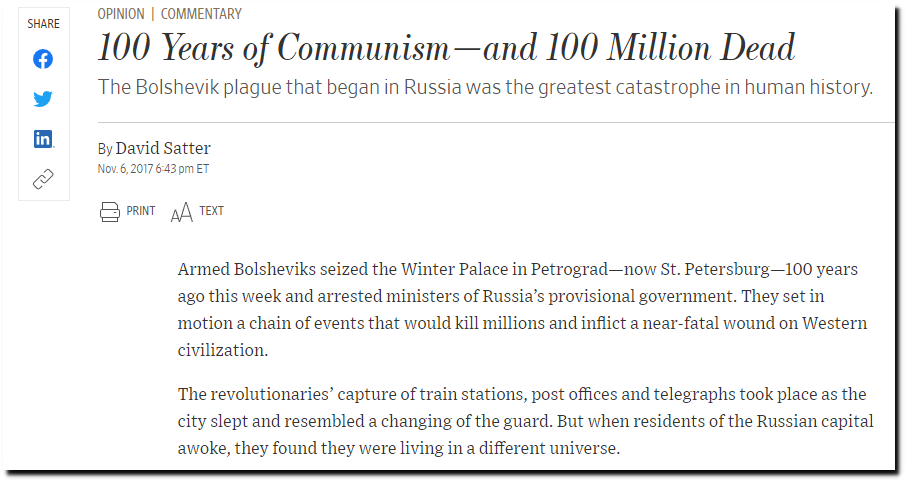 Google is celebrating the birth of the father of communism by telling people that Mount Kilimanjaro is losing snow because we have a reliable supply of energy in coal, oil and gas. 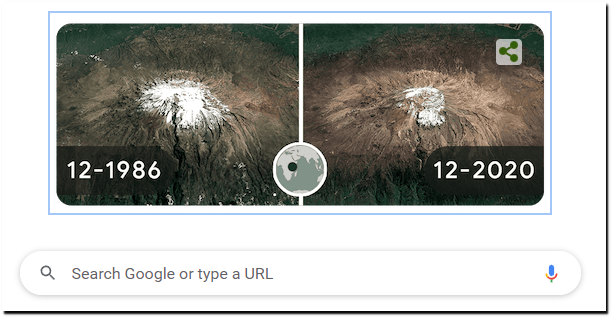 The loss of snow and ice around the world has been going on since the end of the Little Ice Age and has nothing to do with what type of energy we use.

Until 10,000 years ago, continental-scale ice sheets came and went many times for seven million years. During this Great Ice Age these ice sheets would reach as far south as the upper Midwest of the United States. Glacier Bay today is the product of the Little Ice Age, a geologically recent glacial advance in northern regions. The Little Ice Age reached its maximum extent around 1750. Since then, the massive glacier that filled the bay has retreated 65 miles to the heads of its inlets.” 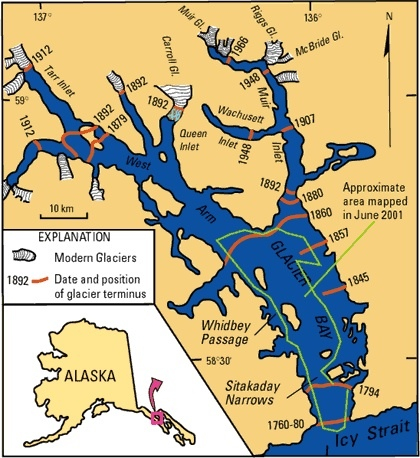 Retreat of glaciers since 1850 – Wikipedia 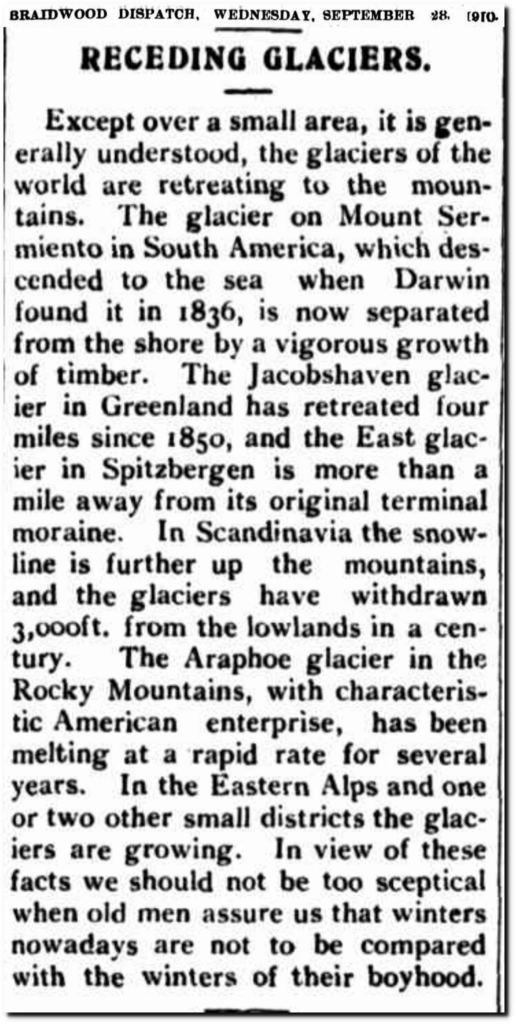 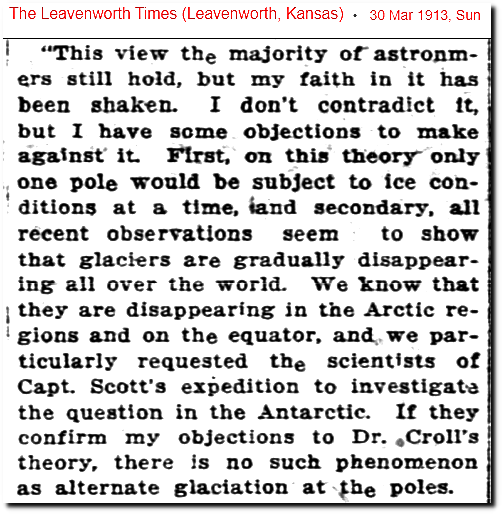 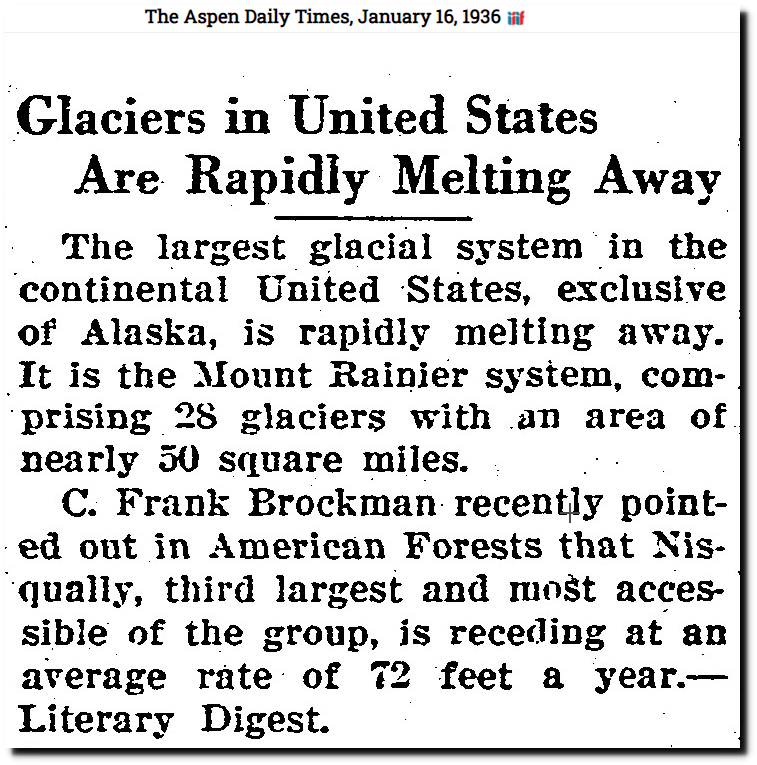 The retreat of glaciers on Kilimanjaro started a long time ago. Experts predicted the glaciers would be gone by 2015. 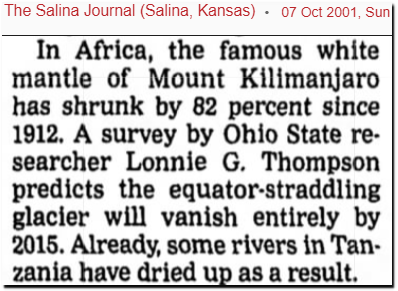 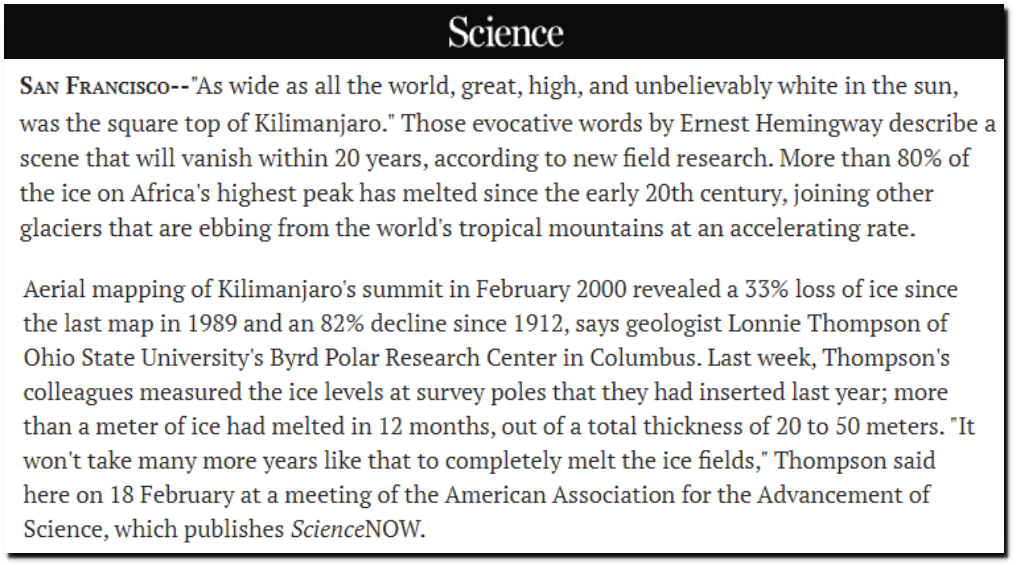 But the glaciers are still there. 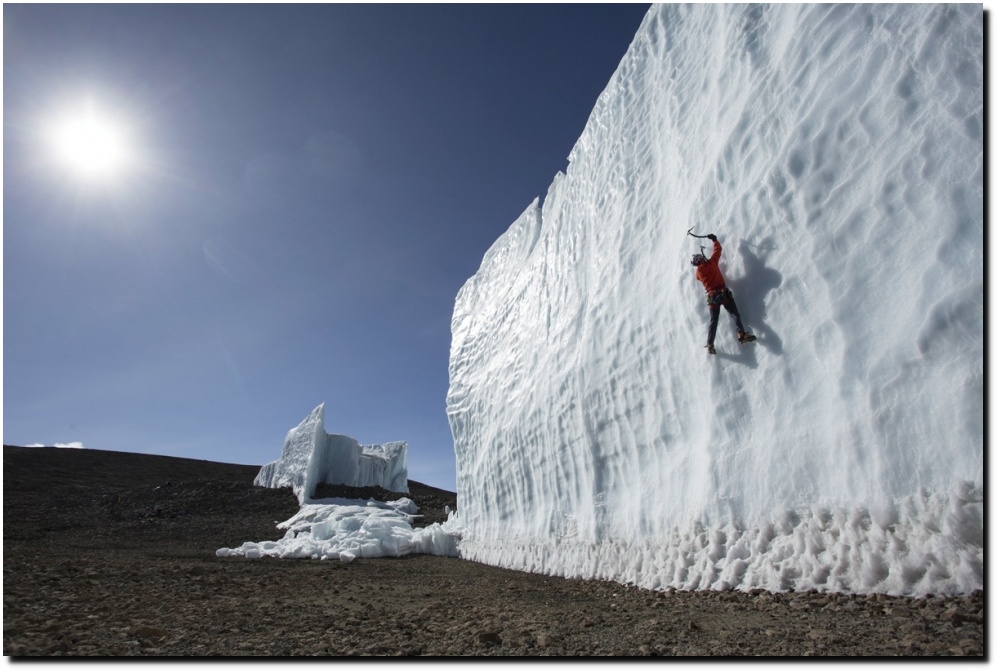 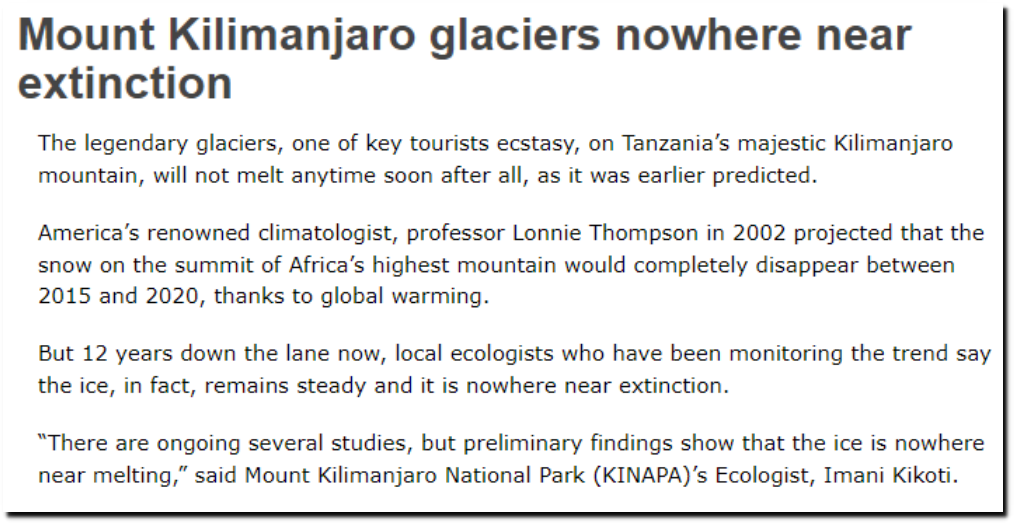 Some people say the snow is increasing. 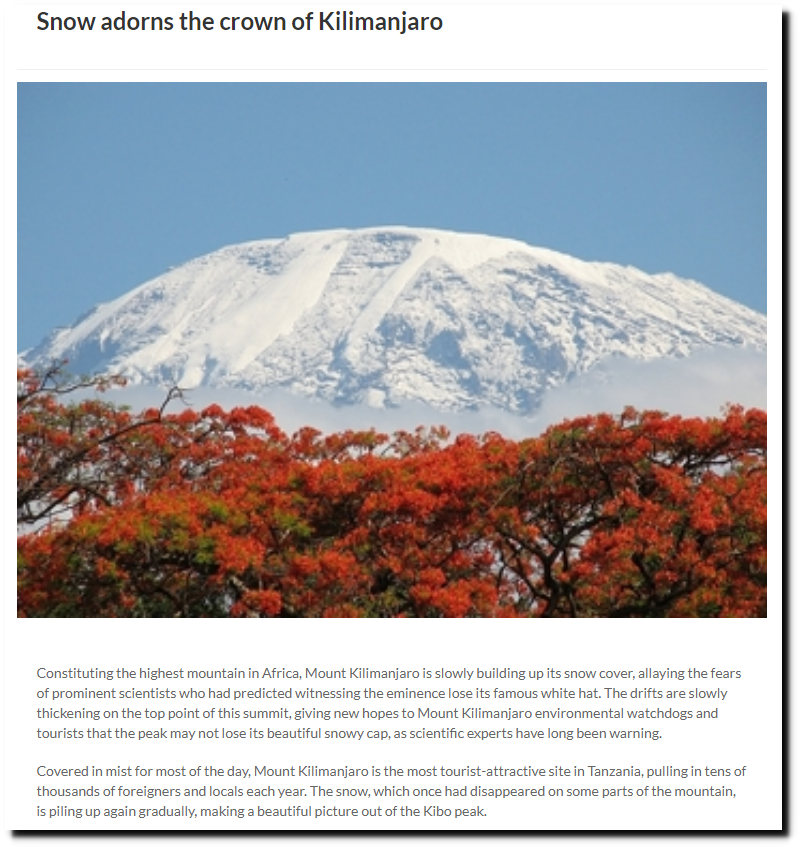 The forecast date for the demise of Kilimanjaro has been pushed by to 2040. 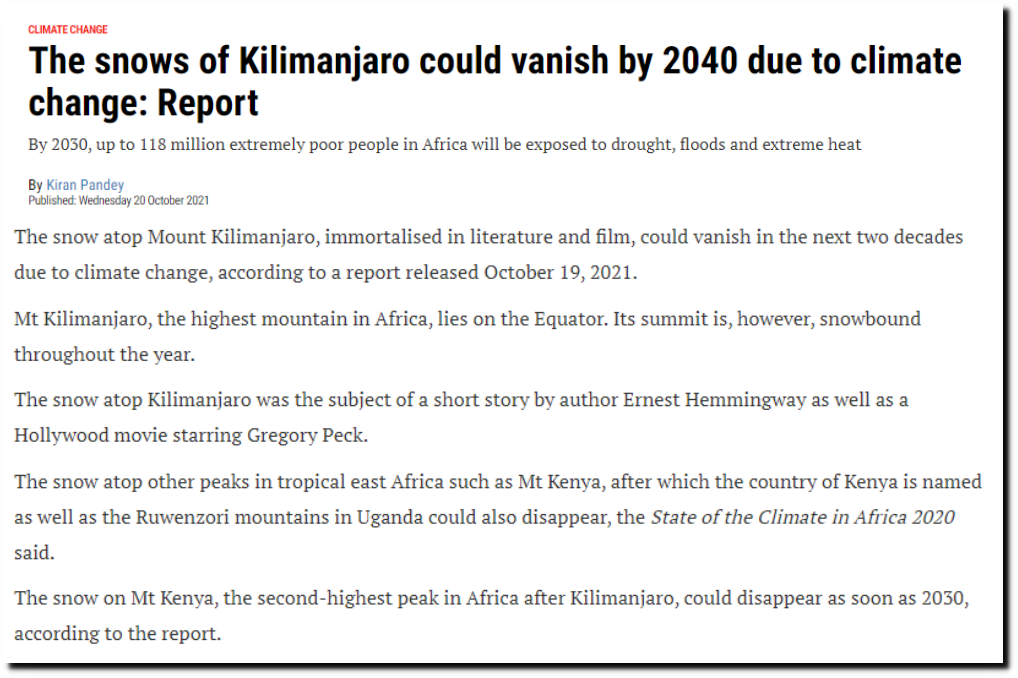 At best, the Google image is very deceptive.  The amount of snow on any mountain depends heavily on the weather during prior days. 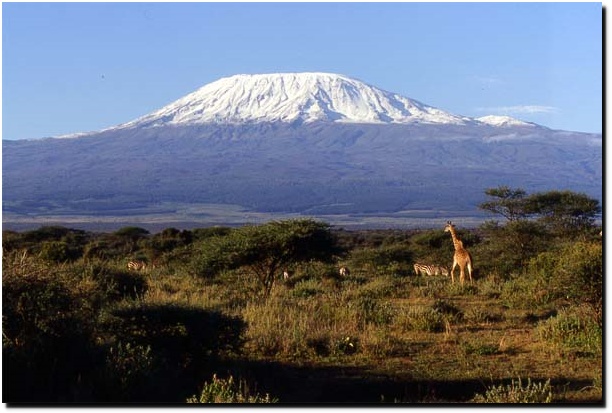