Guardian Vs. The Truth

In 2013, the Guardian said Hudson Bay Polar Bears were on the verge of extinction. As is normally the case with the Guardian, they were promoting propaganda and misinformation. 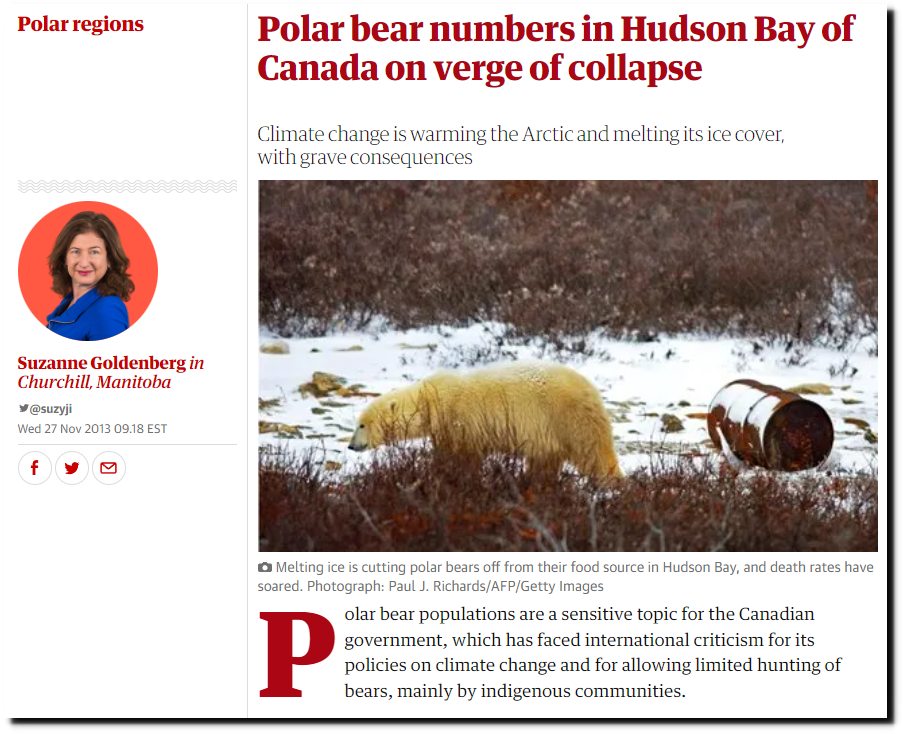 “Polar bears are one of the biggest conservation success stories in the world,” says Drikus Gissing, wildlife director for the Canadian territory of Nunavut. “There are more bears here now than there were in the recent past.”

“Almost everybody agrees that there are between 20,000 and 25,000 polar bears alive today. Here’s another thing almost everyone agrees on: That number is a whole lot bigger than it was 40 years ago.” 7 Responses to Guardian Vs. The Truth