“Remarkable shrinkages have been going on among the Swiss glaciers, especially in the last two or three years. According to measurements, the great Rhone glacier, one of the sights of Switzerland—at least, it used to be— has lost in the last two years no less than 88,250 square feet, and others have been shortened by anywhere from 20ft. to 40ft. Among 63 instances 53 recessions were discovered, one glacier remained stationary, and nine had slightly increased.” 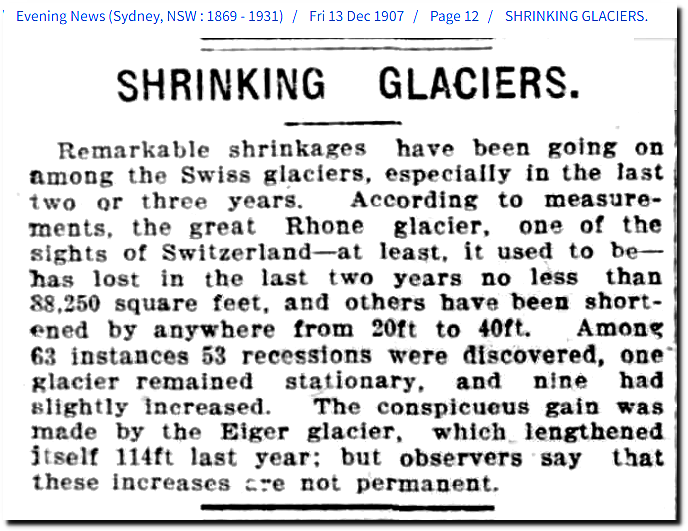