It was estimated that over a thousand houses were entirely of partly submerged by the sudden overflow of waters. Communication lines from the stricken district were destroyed. ‘The flood was caused by continued heavy rains in the past few days” 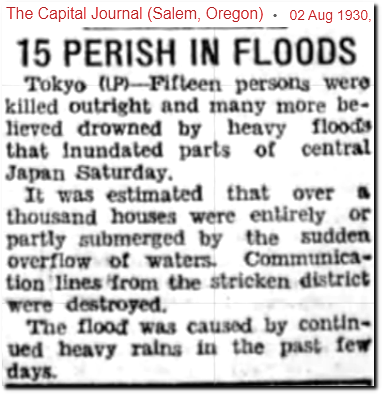 LONDON.—A thousand people were flooded out of their basement homes in Notting Dale W, during the ‘violent ) thunderstorms which swept over London recently.

In all more than 220 houses were affected in Bangor street. Crescent Street, Sirdar street, and Hunt street. They were flooded to a depth in some cases of five feet.”