“(CNN)The Great Salt Lake in Utah has dropped to its lowest level on record for the second time in less than a year as a climate change-fueled megadrought tightens its grip in the West.” The reason why the Great Salt Lake in Utah is growing smaller, according to Prof. J. E. Talmage, is that the volume of water from its four tributary rivers is being more or less diverted by irrigation. Prof. J. E. Talmage says the water of the lake is growing each year more acrid as it shrinks in size, and he thinks that in another 100 years it will be replaced by a glittering bed of dry salt.—San Francisco Chronicle. 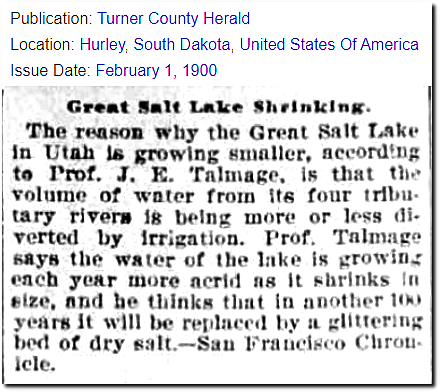 Great Salt Lake is. still shrinking. This is largely due to the fact that farms and cities are using more and more of the water from the streams that previously fed it. As a matter of fact, Great Salt Lake has been shrinking for many centuries. It was once a great inland sea known as Lake Bonneville. At that time it covered some 19,000 square miles of central Utah or an area equal to twice that of Lake Erie. Traces of shoreline have been found at 17 distinct levels, the highest being 1,000 feet above the present level.” 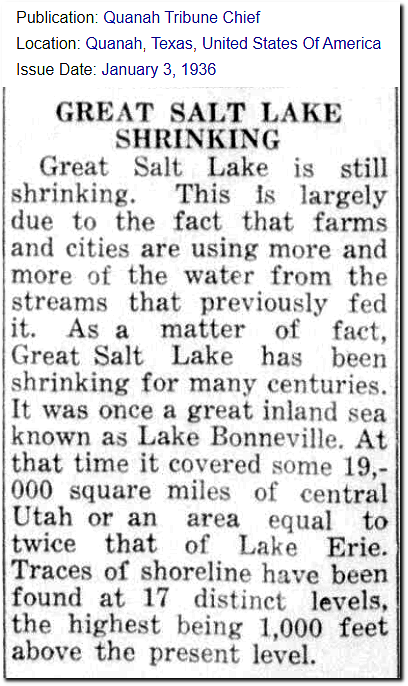 1 Response to CNN’s War On Science