More Than Twice As Fake As The Previous Model

“A massive ice sheet in Greenland is set to raise global sea levels by nearly a foot by 2100, in a melting event driven by human-caused climate change, according to a study published on Monday.” 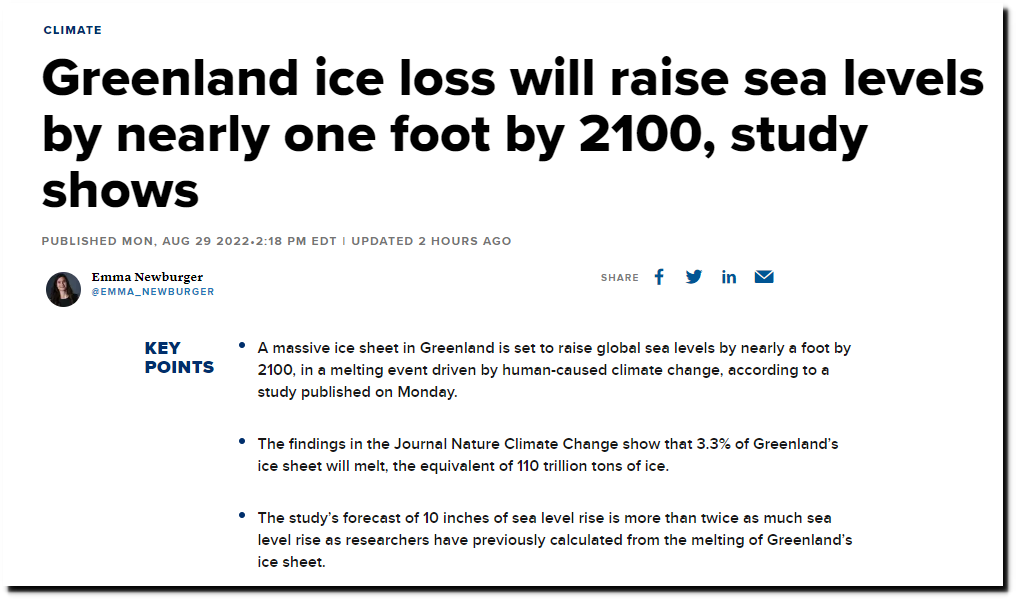 Over the past twelve months, Greenland’s surface gained more ice than the 1981-2010 average for the fourth time in the last six years.