Germany has committed to stop buying oil from Russia, and their strategy seems to be to steal it instead. 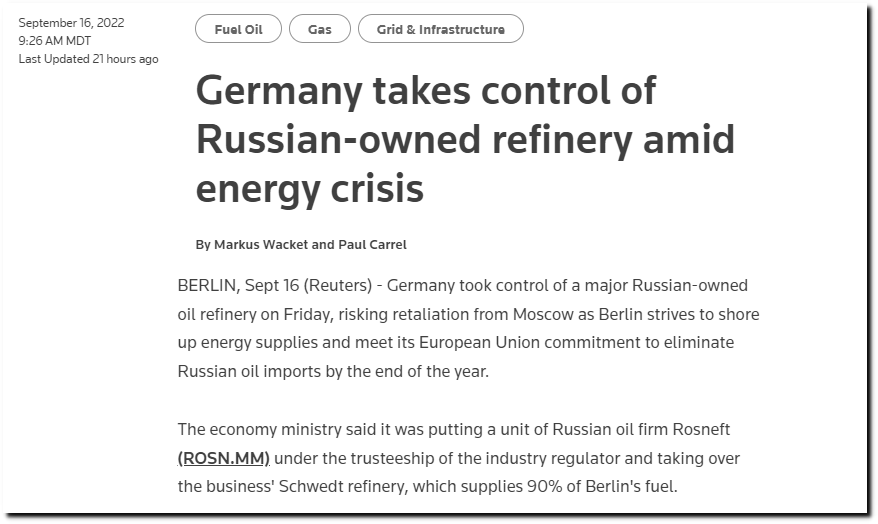 Bloomberg describes international piracy as “energy independence” and glorifies the “full muscle of of German state.”

Germany seizing things was a popular news story in 1939 as well. GREEN JOBS IN IN GERMANY: RECESSION-PROOF

Strong growth in Germany’s renew- able energy sector along with in- creased state spending for environment protection could help shorten the country’s worst post-war recession, the German government said on Tuesday. Deputy environment minister Astrid Klug said there were now 250,000 jobs in Germany’s renewable energies sector and an overall total of 1.8 million in environmental protection. The number of jobs in renewables will triple by 2020 and hit 900,000 by 2030. “In- vestments in climate protection can help us get out of this crisis faster,” Klug told a news conference. “Climate protection is a real job motor for Germany.”