CSIRO and BOM have known for at least 70 years that Australia was much hotter prior to 1910, so they erased all of the inconvenient data.

“Australian climatic data show that, for the period 1911-1950, the summer rainfall over much of the southern part of the continent was considerably greater than in the previous 30 years and, for the same season, mean daily maximum temperatures in the interior were appreciably lower.” 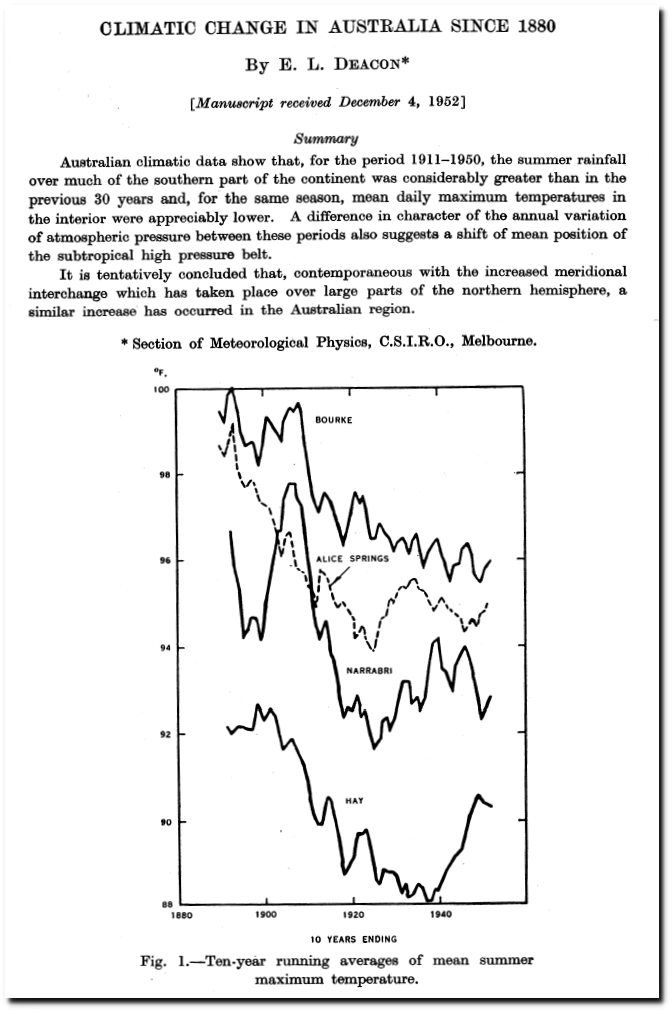 CLIMATIC CHANGE IN AUSTRALIA SINCE 1880 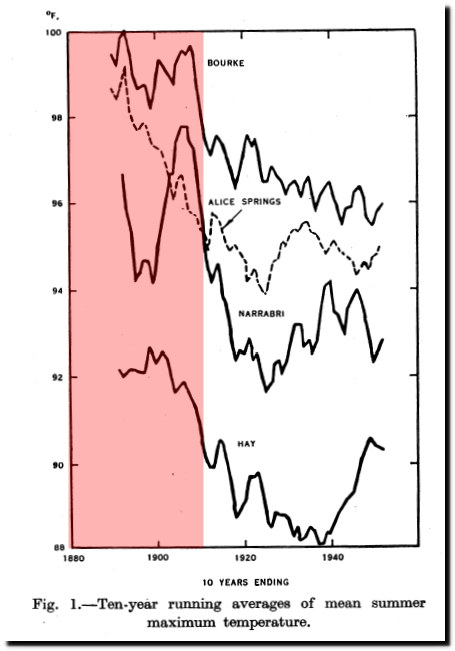 The Australian Bureau of Meteorology made all of these temperature records disappear by hiding temperature data before 1910. 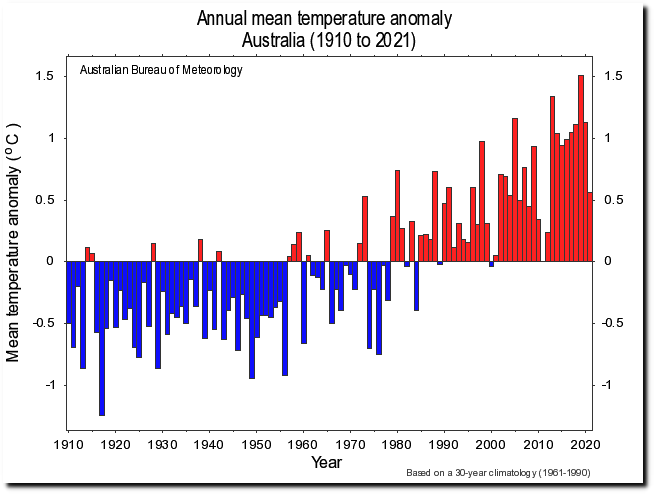 9 Responses to Hiding Australia’s Hot Past