Leaders In The Race To Net Zero

Posted on September 1, 2022 by tonyheller

On March 21, 2022 the Shetland Islands were leaders in the race to net zero. By April 2023, ninety-six percent of the population will be in fuel poverty. 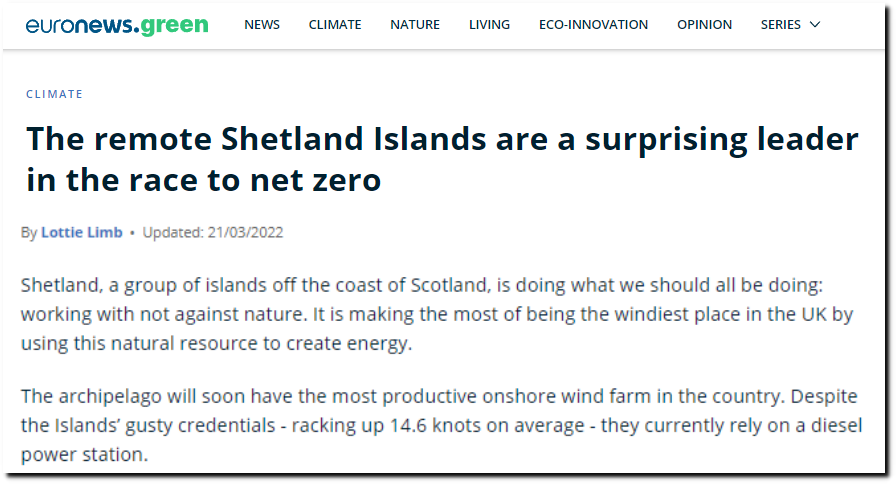 7 Responses to Leaders In The Race To Net Zero