Next Time Will Be Really Bad

In 2011, NPR said climate change at Yellowstone Park was making bears and pine beetles hungry and was making it “very difficult for trees to regenerate at the highest elevations” 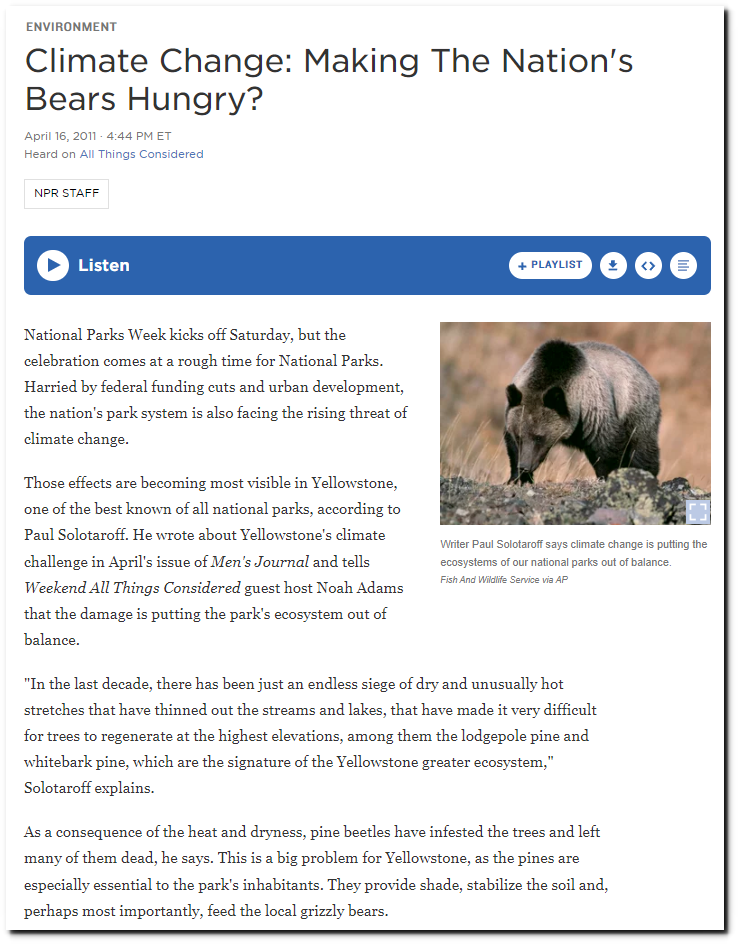 Call it the beetle baby boom, (Climate change could be throwing common tree killers called mountain pine beetles into a reproductive frenzy. A new study suggests that some beetles living in Colorado, which normally reproduce just once annually, now churn out an extra generation of new bugs each year. And that could further devastate the region’s forests. Pine beetles, which scuttle from New Mexico north into Canada, are trouble for trees, says study co-author Jeffry Mitton, an evolutionary geneticist at the University of Colorado, Boulder.”

The following year the pine beetle infestation stopped, but experts warned next time will be much worse because of “climate change.” In 2018 “The Conversation” said Yellowstone trees had recovered very well from the 1988 fires, but warned that next time will be much worse due to climate change. The Conversation also said they believed in the “free flow of information.” 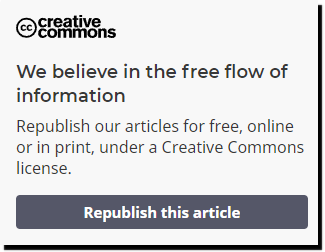 The following year “The Conversation” banned conversation about climate.

5 Responses to Next Time Will Be Really Bad