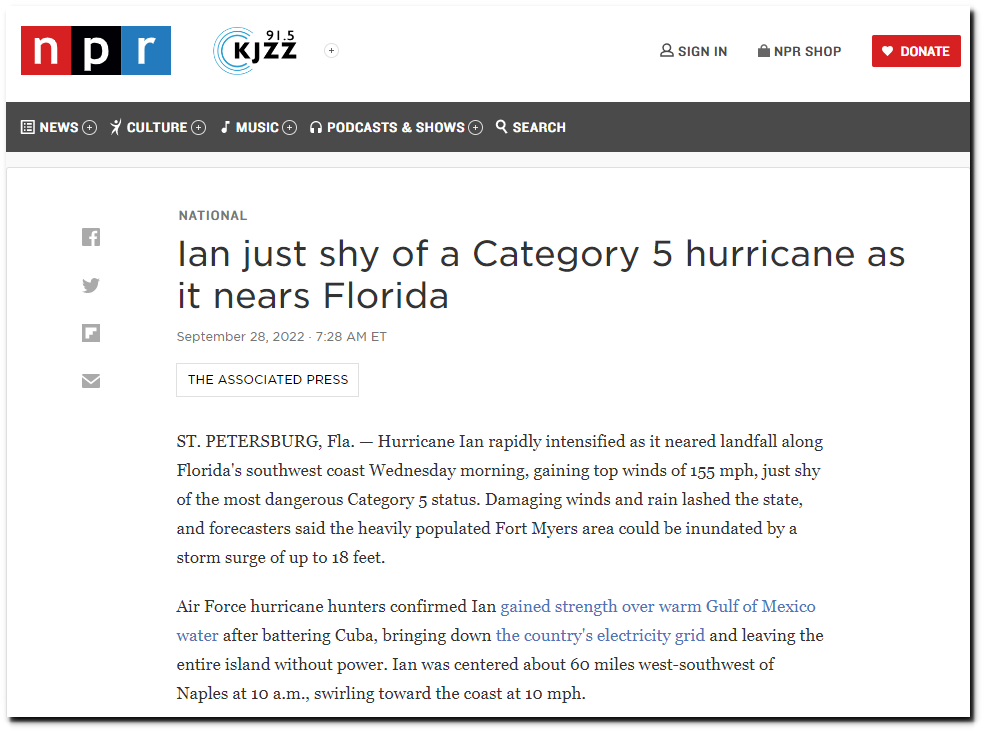 Ian just shy of a Category 5 hurricane as it nears Florida : NPR