The white supremacists of the Marth’s Vineyard sanctuary community called in the National Guard to evict 50 undocumented immigrants whom they promised housing to. The press calls these evictions “helping the immigrants.” 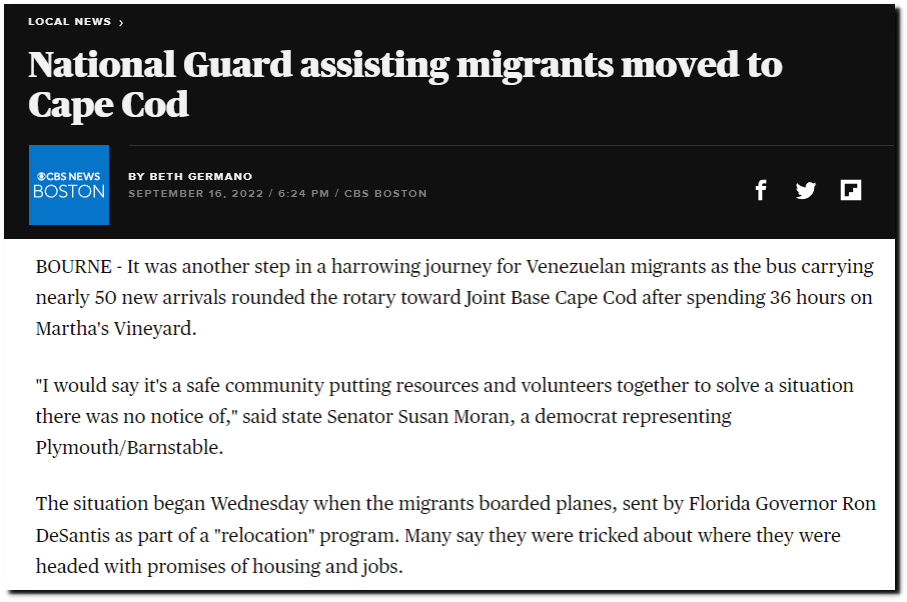 4 Responses to US White Supremacists