The term “climate denier” was created by Democrats to intimidate people into accepting climate fraud. Now they have the term “election denier.”

I tweeted this four years ago when Kyrsten Sinema was installed in US Senate by Maricopa County.

The people behind putting Kyrsten Sinema in the Senate in 2018 and Joe Biden in the White House in 2020, are protecting themselves with more of the same.  They always win Arizona elections by a few thousand votes in Maricopa County.

Katie Hobbs refused to debate, and Bloomberg says she is defending democracy by running one of the most incompetent elections in history. 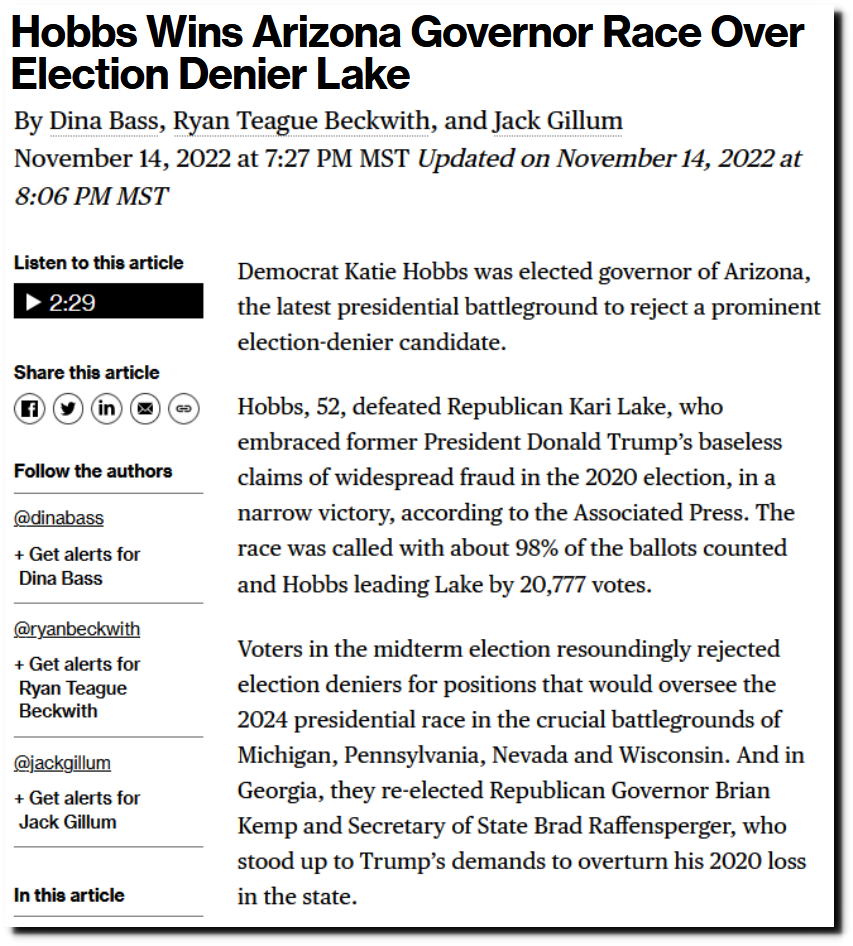 Katie Hobbs has made it clear she has no interest in the opinions of half the people in Arizona. Republicans did nothing to fix the problem after 2018 or 2020, and now Arizona is the gold standard and testing ground for fake elections.

“I tell you what, it helps in Ohio that we got Democrats in charge of the machines. But look, I come from Chicago so I want to be honest. It’s not as if it’s just Republicans who have monkeyed around with elections in the past, sometimes Democrats have too. Whenever people are in power they have this tendency to try to, you know, tilt things in their direction.”