Posted on November 4, 2022 by tonyheller

Michael Mann grafted 20th century thermometer data on to his hockey stick, and then angrily denied that he did it.

“To construct the hockey-stick plot, Mann, Raymond S. Bradley of the University of Massachusetts Amherst and Malcolm K. Hughes of the University of Arizona analyzed paleoclimatic data sets such as those from tree rings, ice cores and coral, joining historical data with thermometer readings from the recent past.” Behind the Hockey Stick – Scientific American

“No researchers in this field have ever, to our knowledge, “grafted the thermometer record onto” any reconstruction. It is somewhat disappointing to find this specious claim (which we usually find originating from industry-funded climate disinformation websites)” 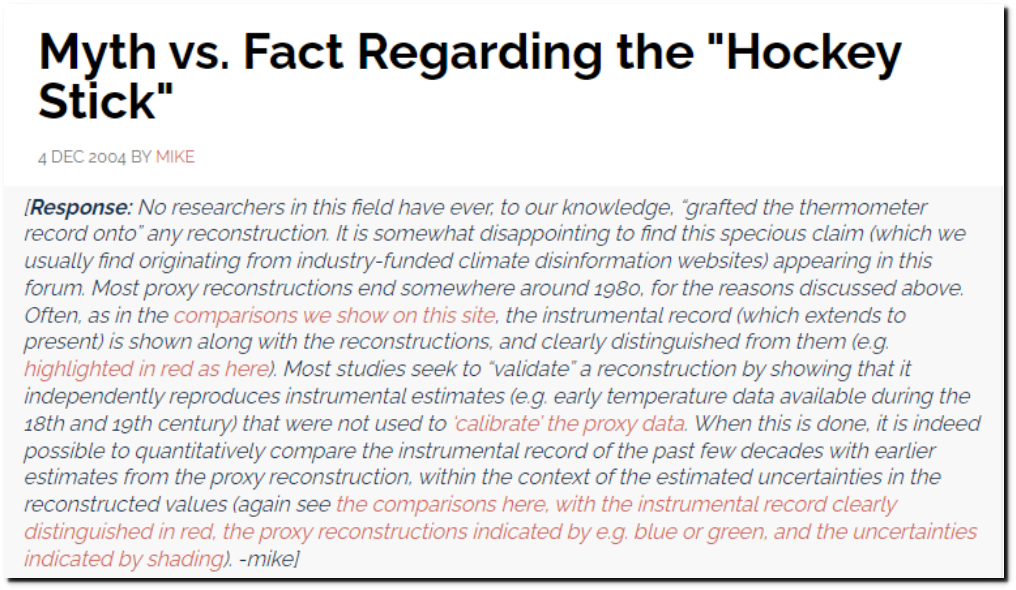 RealClimate: Myth vs. Fact Regarding the “Hockey Stick”

“The earlier parts of the Northern Hemisphere temperature reconstruction shown here are derived from historical data, tree rings, and corals, while the later parts were directly measured.” 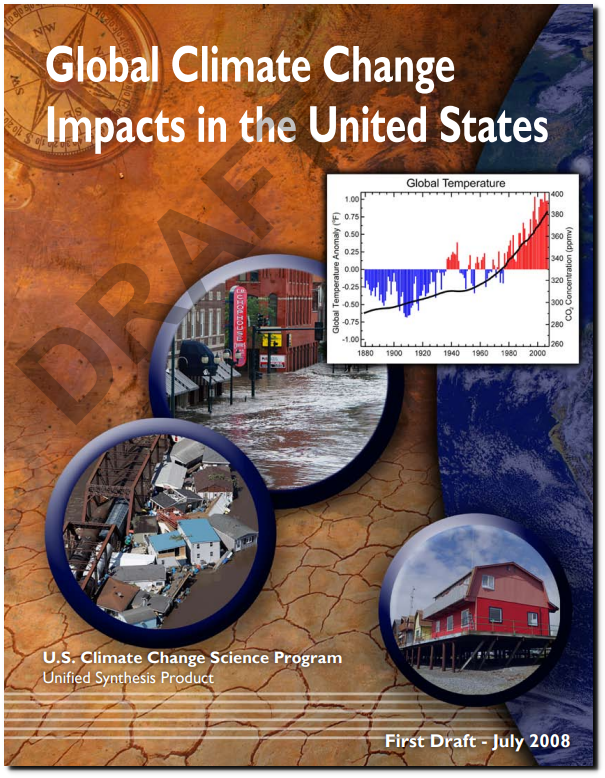 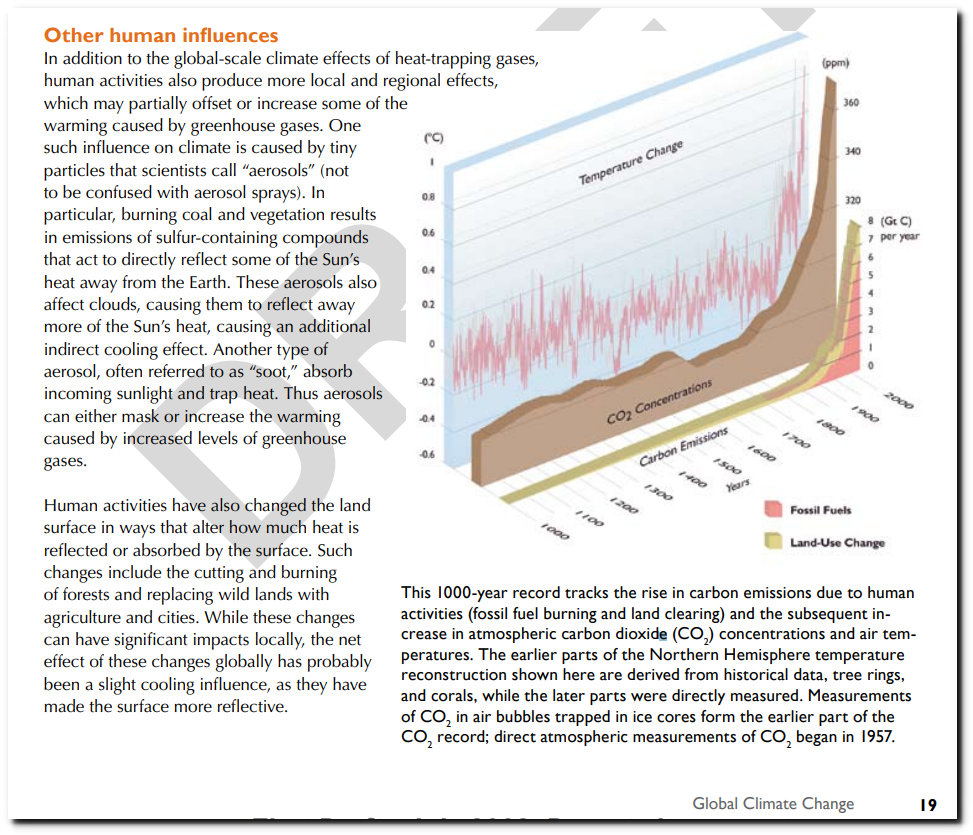 In a climategate email, Mann discussed disagreements about the temperature record with his colleagues. 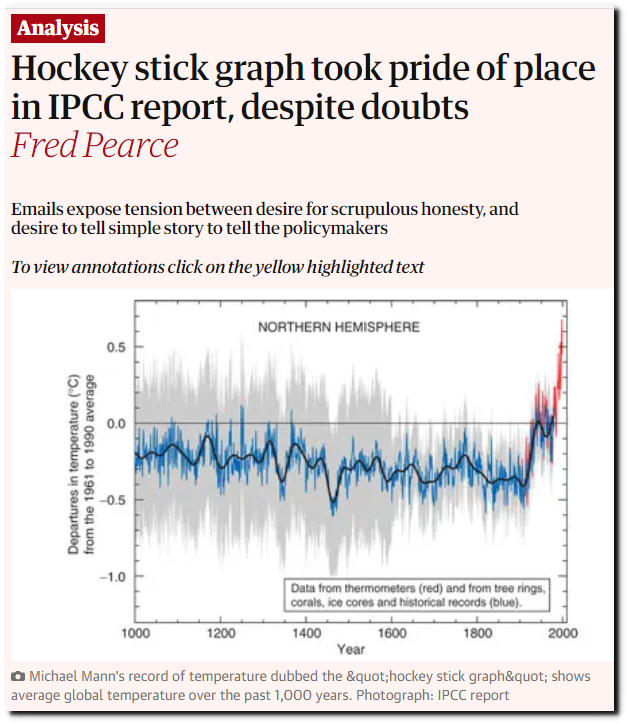 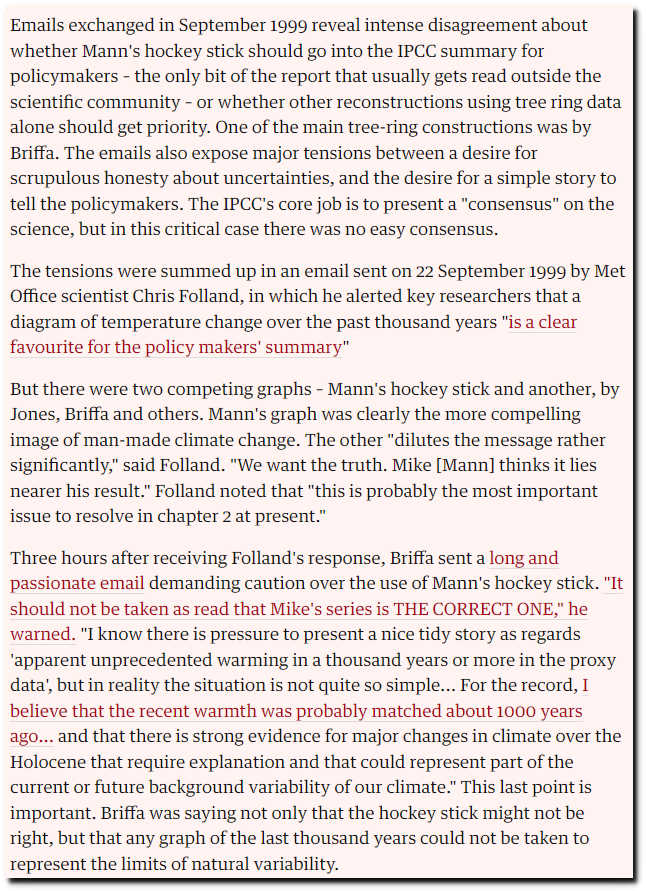 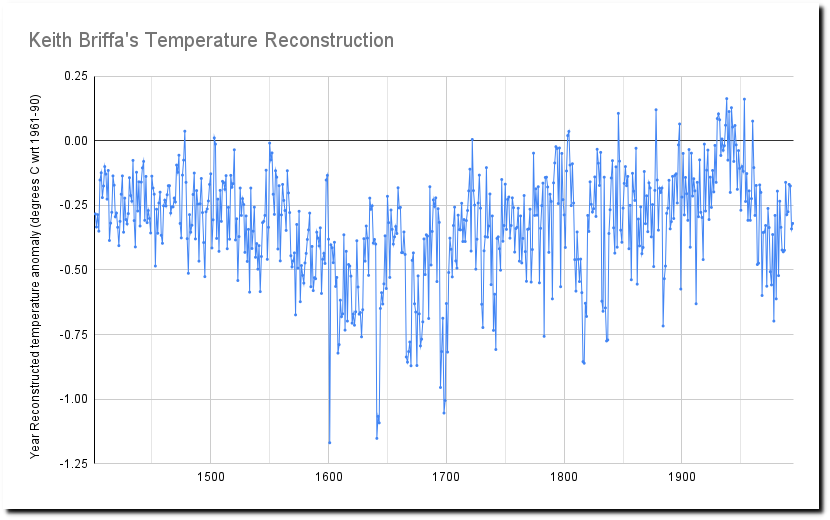 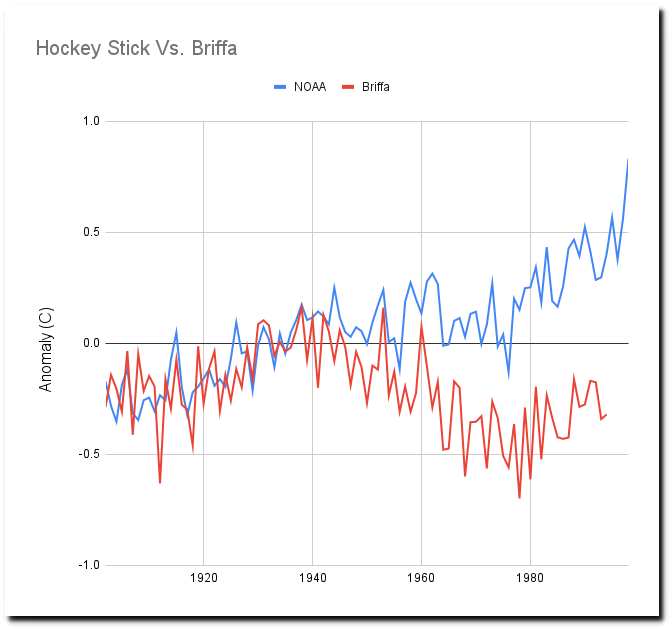 The Deleted Portion of the Briffa Reconstruction « Climate Audit

Briffa’s graph was similar to the NCAR graph from 1974.

It was also similar to the National Academy Of Sciences graph from 1975.