“unthinkable just a decade ago”

“The climate crisis has pushed the planet’s stores of ice to a widespread collapse that was “unthinkable just a decade ago”, with Arctic sea ice certain to vanish in summers and ruinous sea level rise from melting glaciers now already in motion, a major new report has warned.” 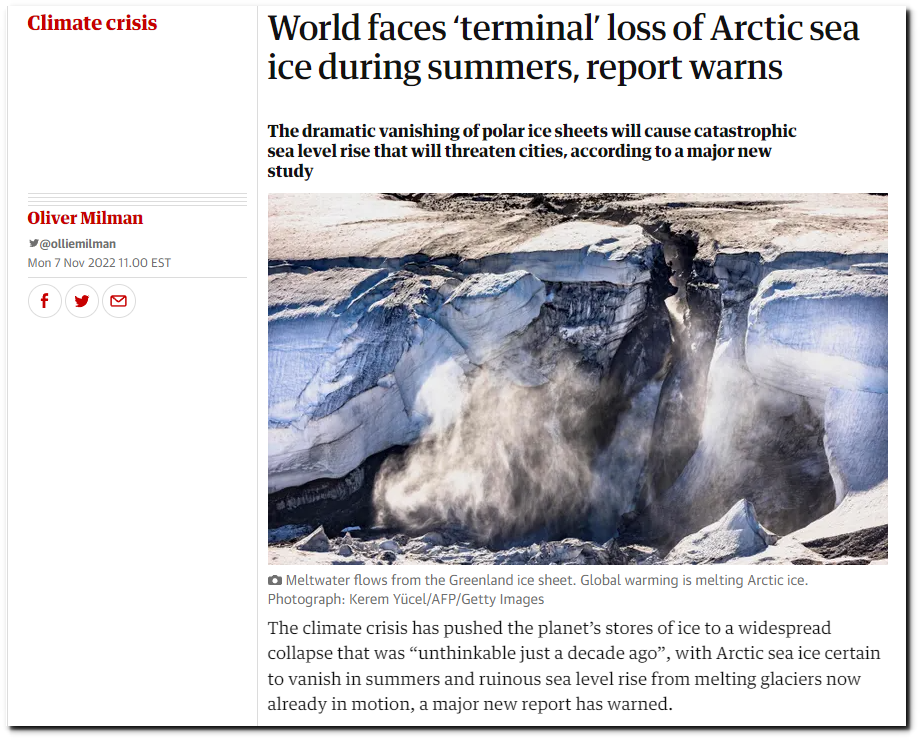 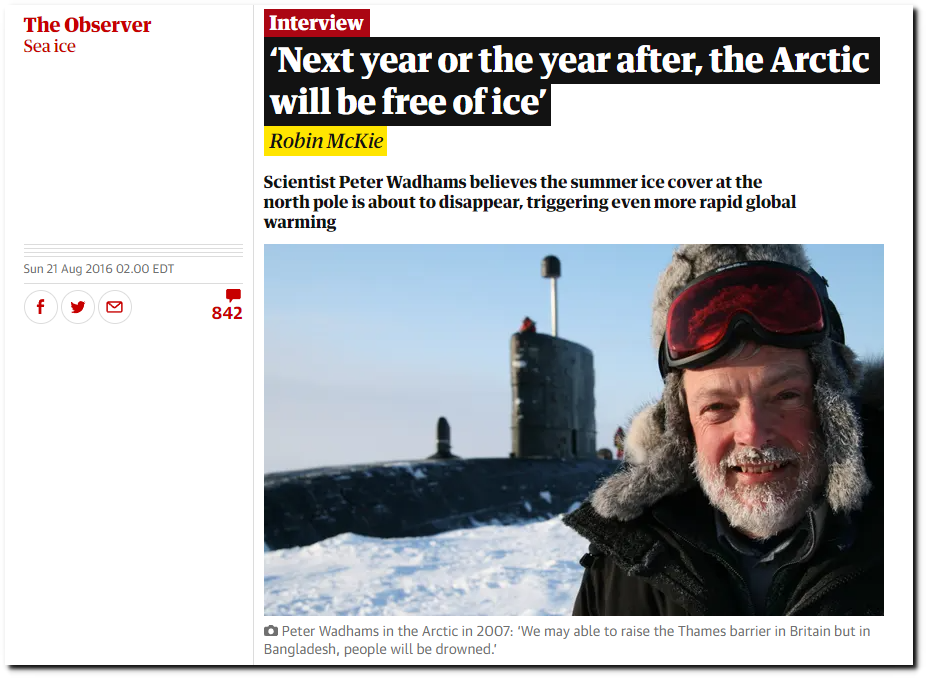 ‘Next year or the year after, the Arctic will be free of ice’ | Sea ice | The Guardian

Meltdown in the Arctic is speeding up | Climate crisis | The Guardian 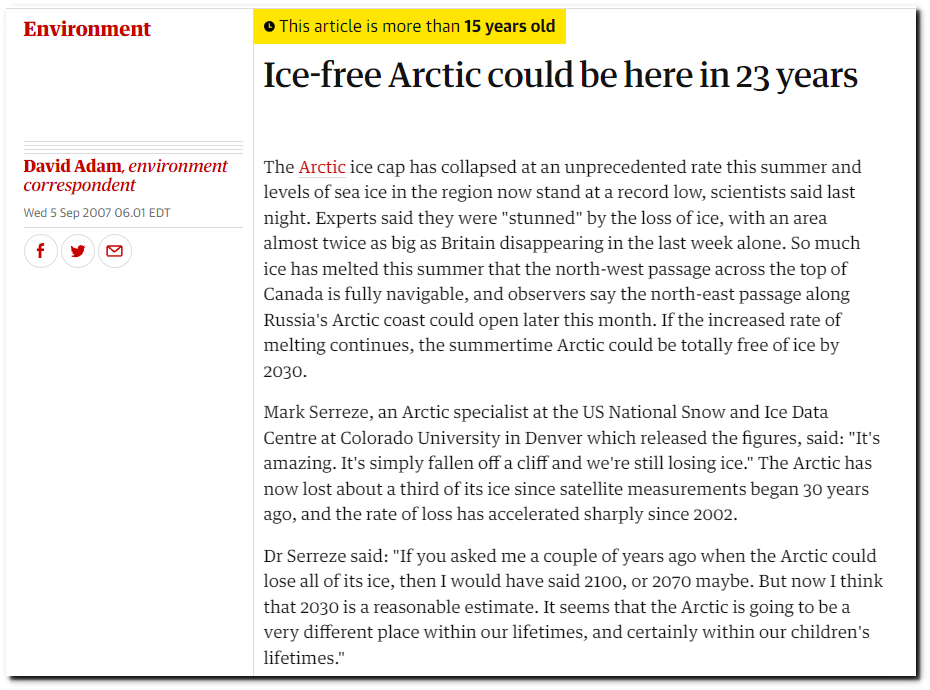 Here is same story from seventy years ago.

“Dr. William S. Carlson, an Arctic expert, said last night that polar ice caps were melting at an astonishing and unexplained rate, and threatening to swamp seaports by raising ocean levels. Dr. Carlson said it would take hundreds of years for the melting to have much effect, but the rate in the last half-century had been exceedingly rapid. “The glaciers of Norway and Alaska are only half the size they were 50 years ago” 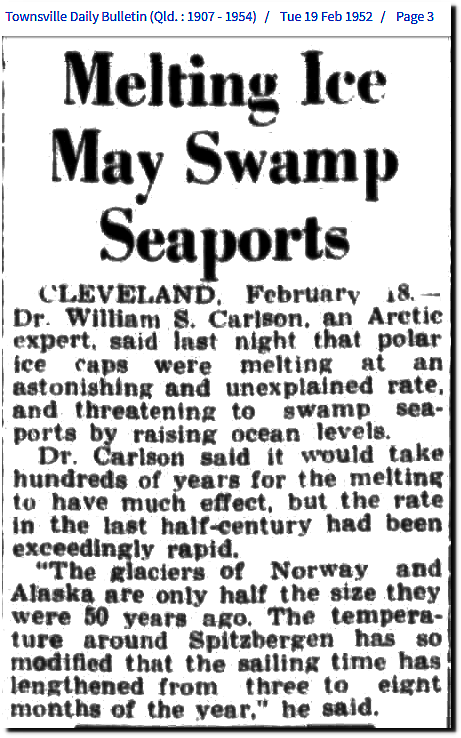 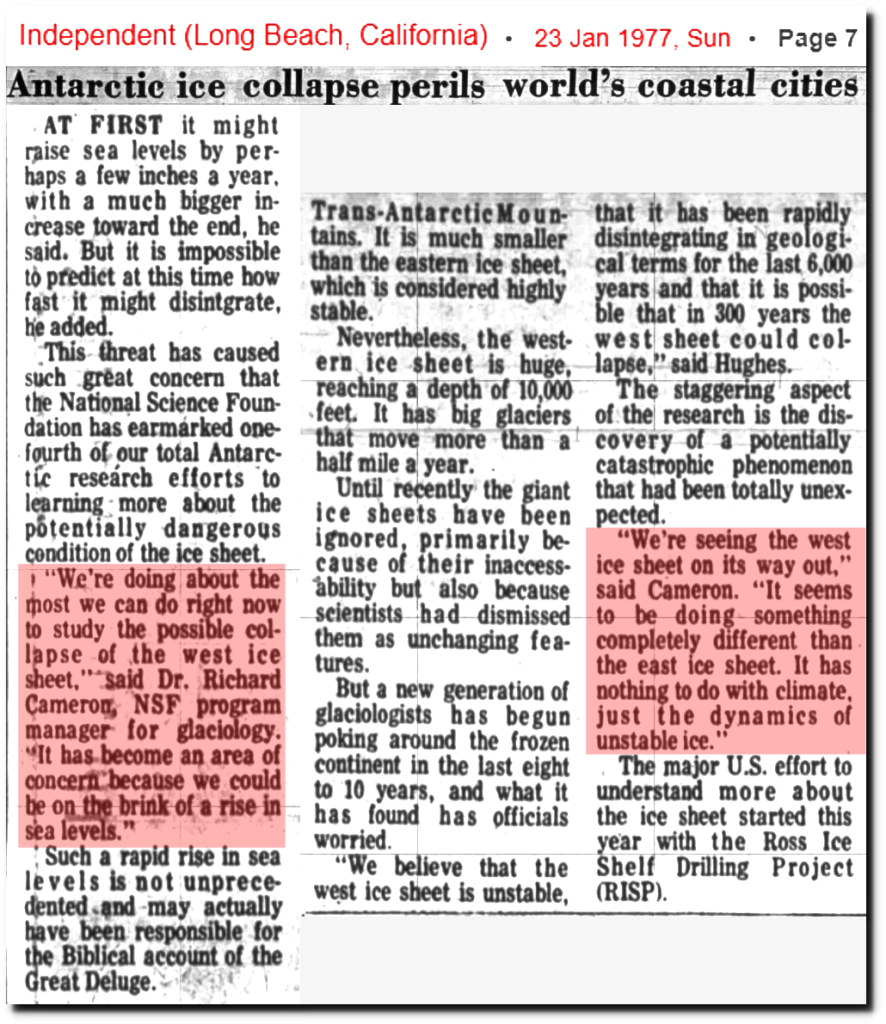 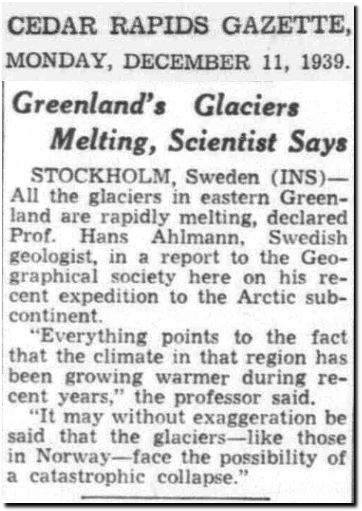 14 Responses to “unthinkable just a decade ago”