“The temperature in Mohe, a city in northern China’s Heilongjiang province, dropped to -53C (-63.4F) on Jan. 22, according to a post published on the official social media account of the Heilongjiang Meteorological Bureau. That beat the country’s previous record low of -52.3C (-62.1F), which occurred in 1969.” 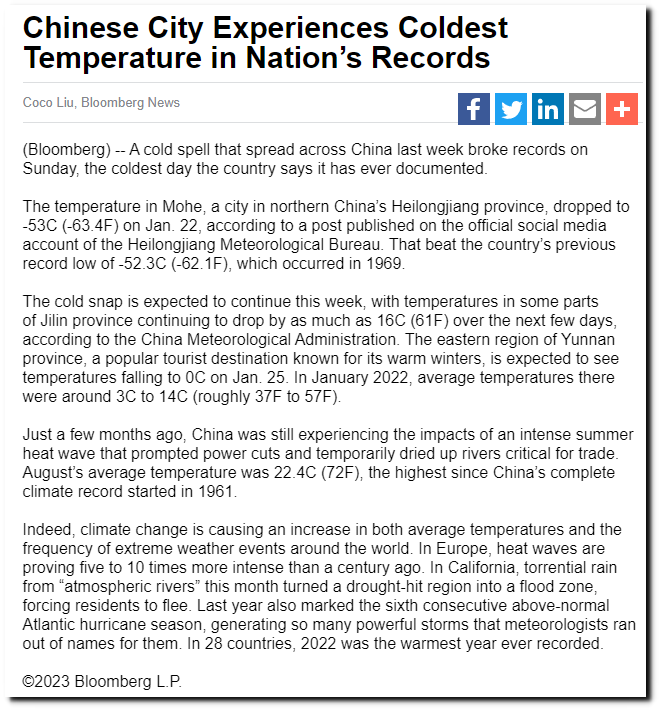 11 Responses to Record Cold In China