It has been one year since fake governor Jerry Brown and the fake news New York Times announced the California permanent drought.

Since then, California has had their sixth wettest May to April on record, and record amounts of snow. There has been no trend in California precipitation since 1895. 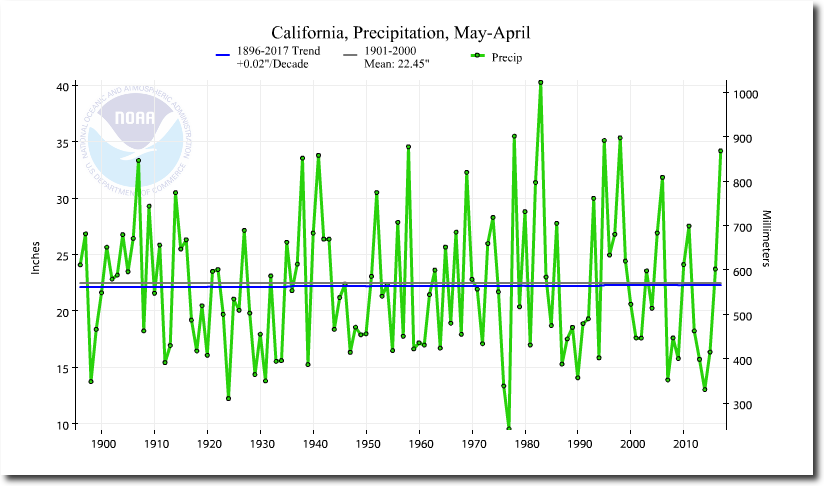 h/t to Don Penim for the snow video. Fake climate policy is based on superstition, junk science, politics and fraud.

11 Responses to Follow Up On The California Permanent Drought