Measured temperatures in Iceland show a cyclical pattern, with the late 1930’s warmer than the present. The measured data doesn’t fit NASA’s theory about CO2 driving climate, so they cool past temperatures to create the appearance of a warming trend. 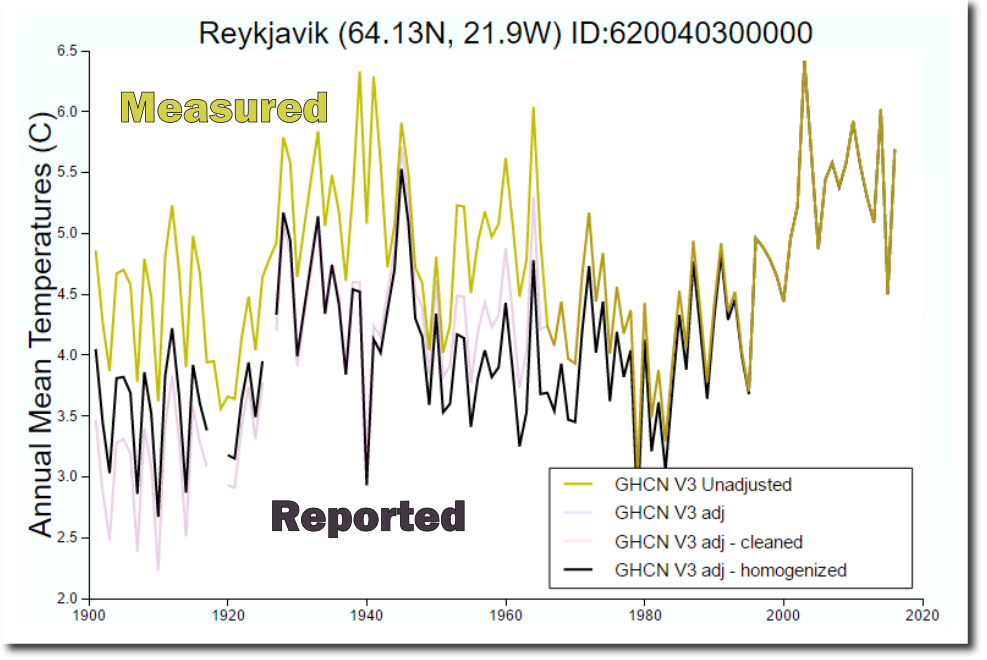 Temperatures around 1940 are cooled more than two degrees centigrade. 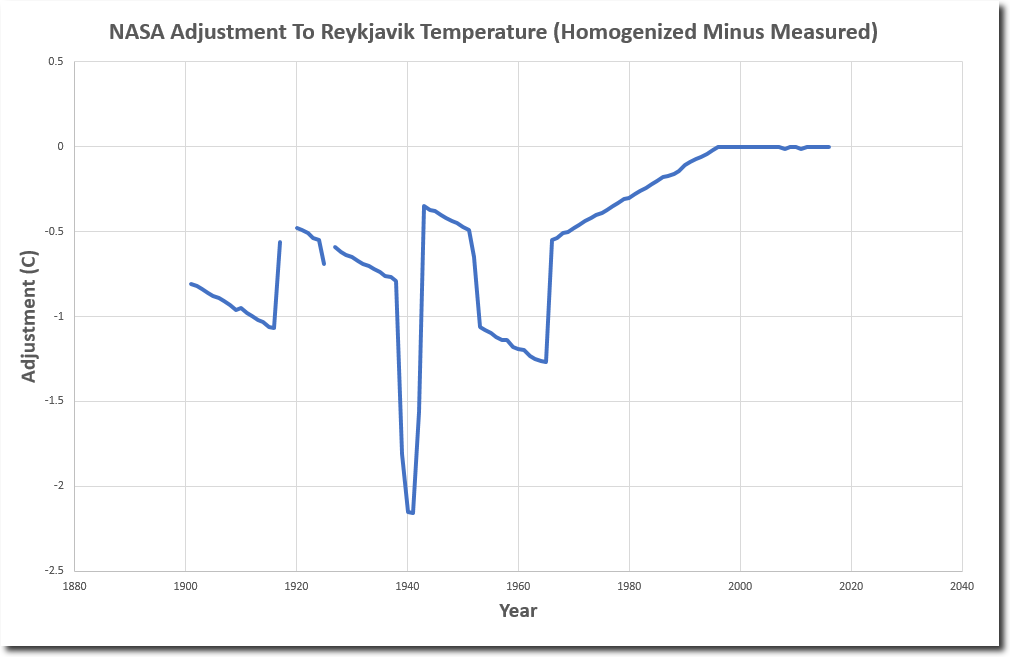 NASA wants temperatures to track atmospheric CO2, which has been rising exponentially since abut 1940. 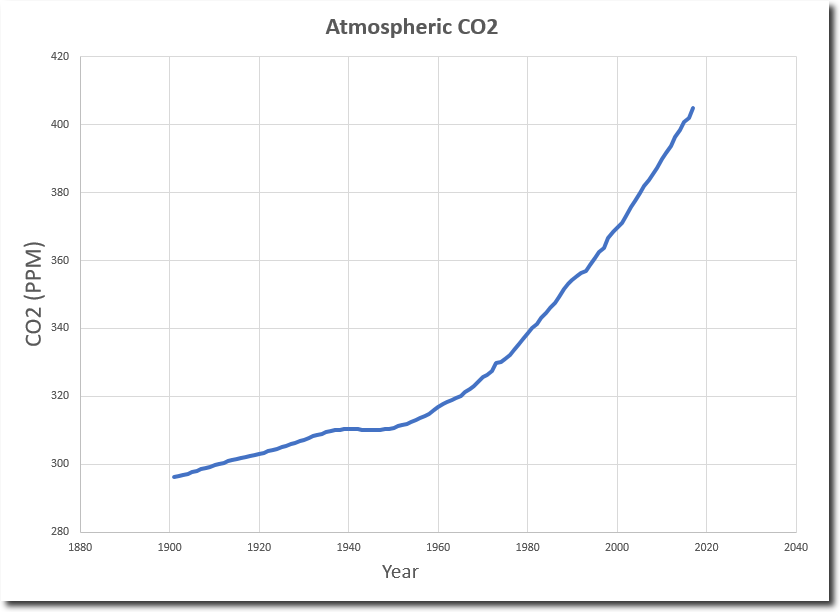 Iceland temperatures show essentially no correlation with CO2, so NASA changes the measured temperatures to bring them closer in line with theory. 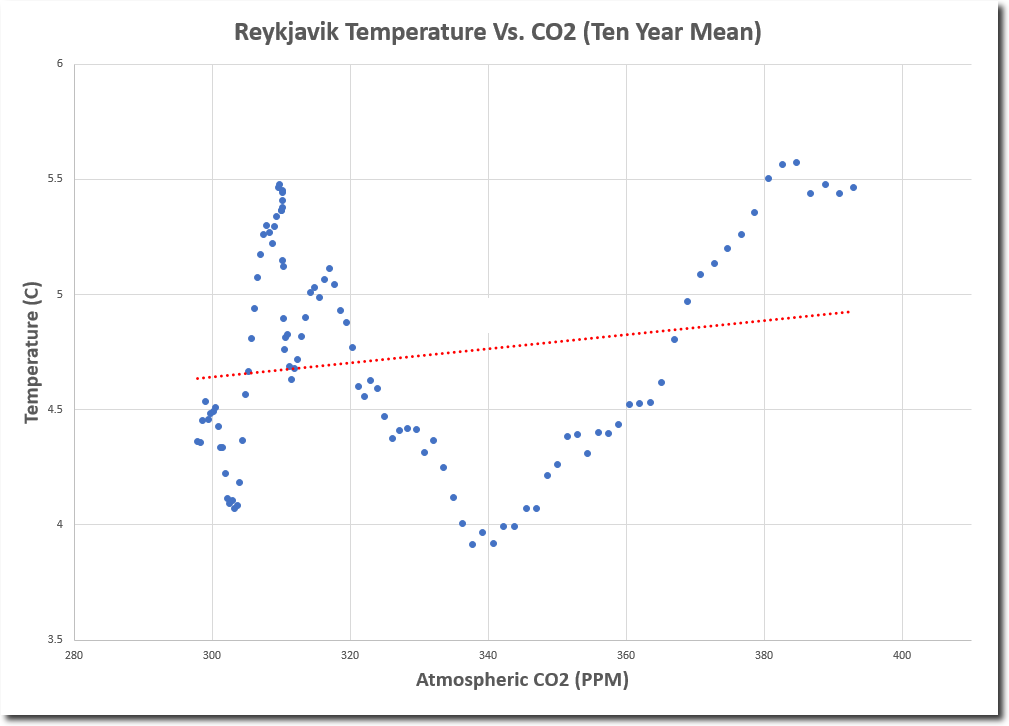 If the climate people at NASA were actual scientists, they would look for a real explanation of the cyclical behavior of temperatures in Iceland – rather than tampering with data to match their theory. The Atlantic Multidecadal Oscillation (AMO) is an ocean circulation pattern which closely matches the cyclical behavior seen in Iceland temperatures. 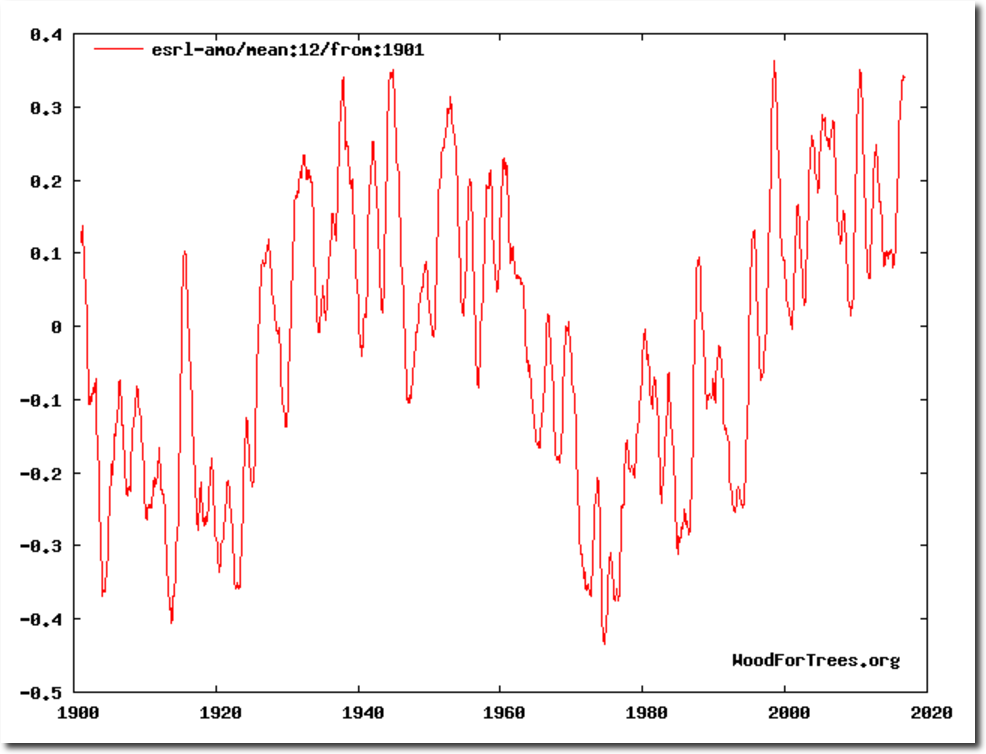 The correlation between Iceland temperatures and CO2 is essentially non-existent, but correlation with the AMO is excellent. 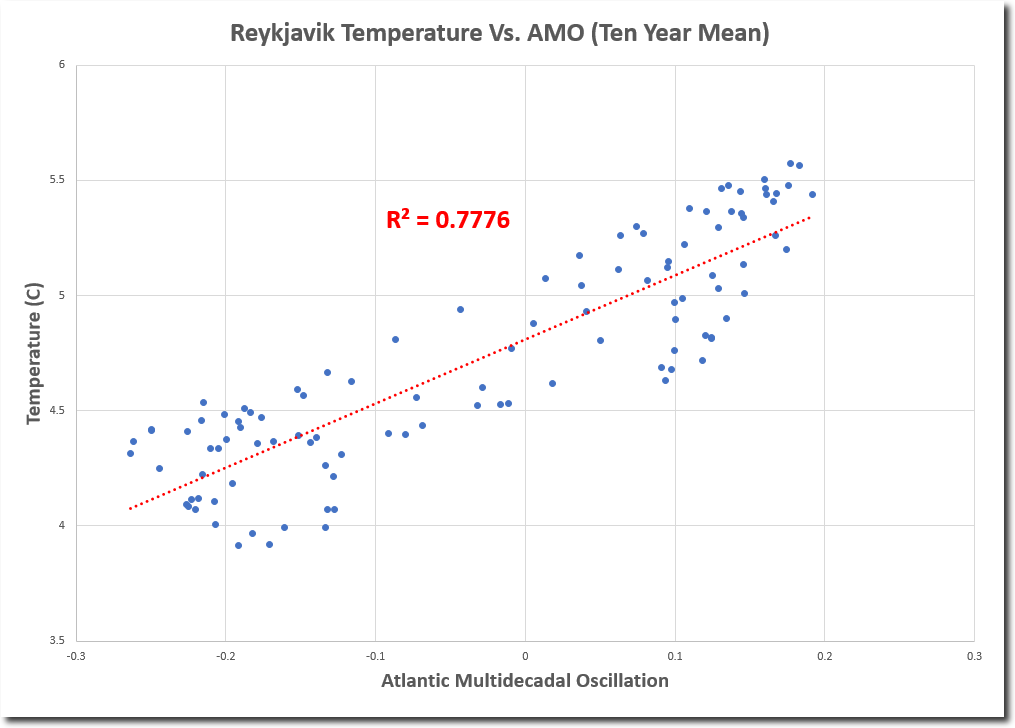 We have other physical evidence that the time around 1940 was as warm or warmer than now in the Arctic. NASA data tampering has no justification. 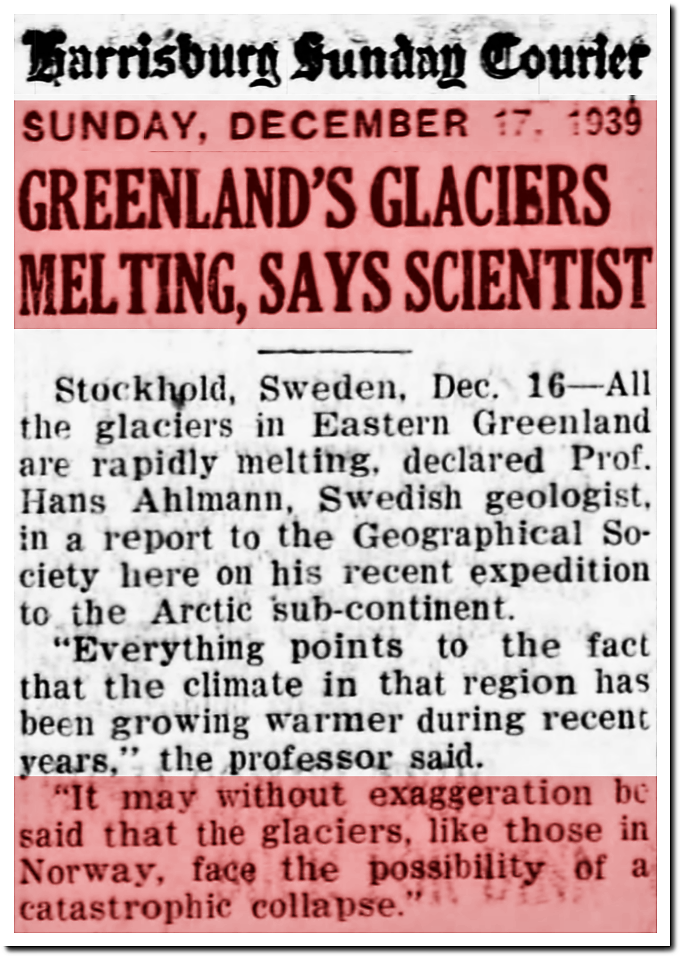 It should be obvious to any serious scientist that NASA doesn’t understand climate, and that they are committing massive, unprecedented  fraud by tampering with the data. But this story is much larger than the Arctic. Atmospheric temperatures for the entire planet closely match the AMO. 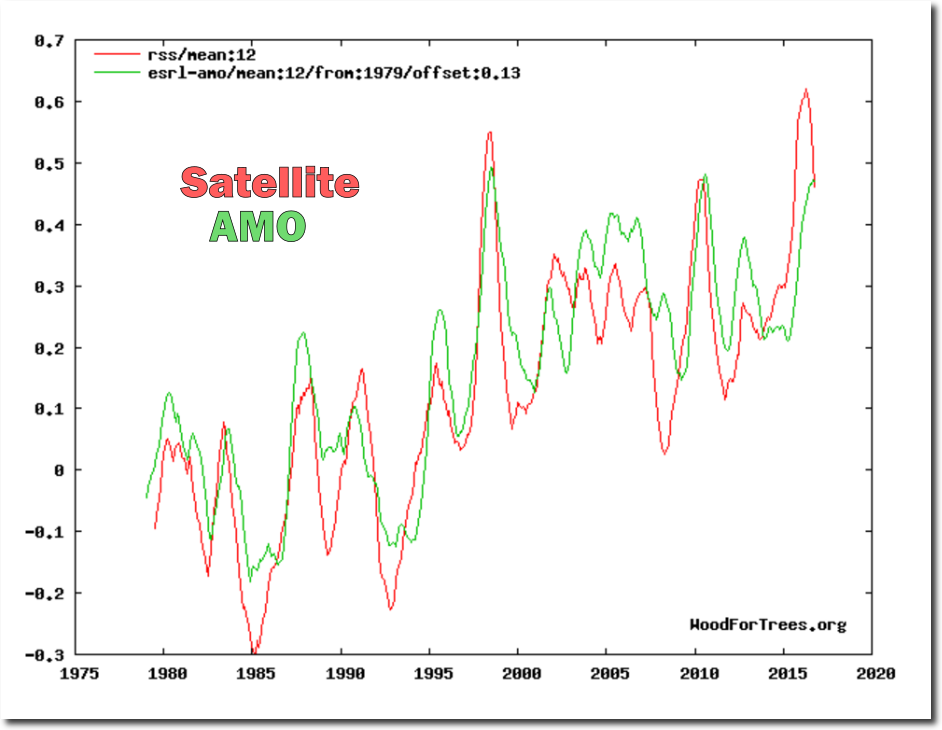 Which means that Earth is likely to start cooling again soon.

This is why Gavin Schmidt at NASA is ramping up his data tampering every month. More and more fraud is required to hide the decline.

29 Responses to NASA Climate – Destroyers Of Science And History