Al Gore and James Hansen’s fear-mongering led to a couple shooting their baby nine years ago. Having survived global warming, the girl is now ten years old – and her parents have been deceased for almost her entire life. 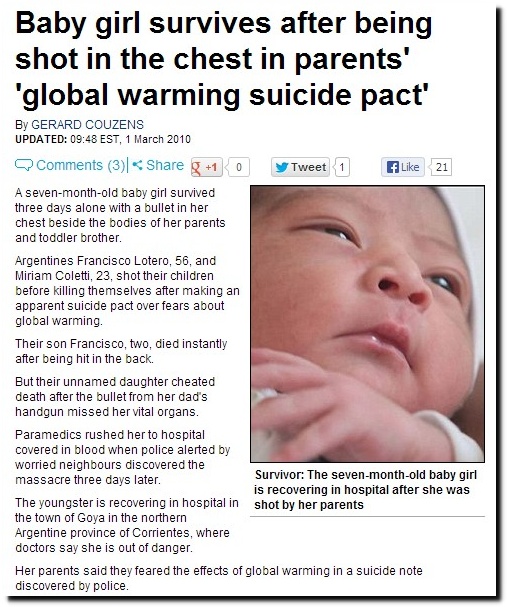 Climate alarmists call their predatory fear-mongering and child abuse – a “message of hope.”

‘I want you to panic’: Climate activist Greta Thunberg, 16, lays it on the line for world leaders – Women in the World