In his 2012 lawsuit against Mark Steyn, Michael Mann claimed he was a Nobel Peace Prize Winner, and that he was “one of the first to document the steady rise in surface temperatures during the 20th century.” 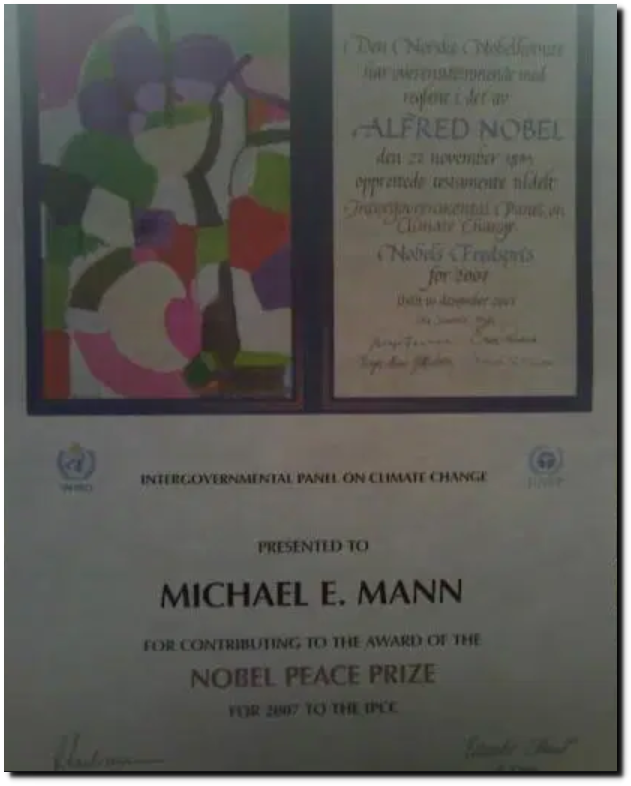 The Nobel Prize committee says the he was not award the Nobel prize, and that he forged his fake document.

“1) Michael Mann has never been awarded the Nobel Peace Prize.

2) He did not receive any personal certificate. He has taken the diploma awarded in 2007 to the Intergovernmental Panel on Climate Change (and to Al Gore) and made his own text underneath this authentic-looking diploma.

3) The text underneath the diploma is entirely his own. We issued only the diploma to the IPCC as such. No individuals on the IPCC side received anything in 2007.”

And here is his fake hockey stick.

He erased the Medieval Warm period, the Little Ice Age. and almost all of the post 1940 cooling.

There was unanimous consensus in 1961 that Earth was cooling.

Scientists were worried about a new ice age.

The National Academy of Sciences wanted to evacuate six million people to save them from global cooling. Climatologists wanted to melt the polar ice caps to save the world rte world from global cooling. 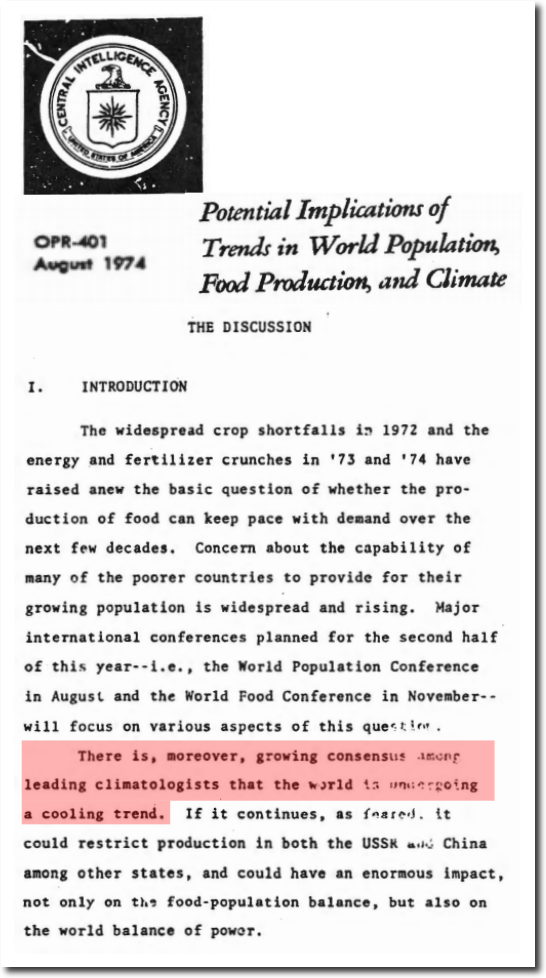 The glaciers in Glacier National Park largely formed during the Little Ice Age, and may not have existed during the Medieval Warm Period – which Michael Mann claims didn’t exist. Ice doesn’t lie, but Michael Mann does. Climate alarmists plotted to erase the Medieval Warm Period, and they found one guy unscrupulous enough to do it. The fake Nobel Prize guy.