We are now 33 years into the climate crisis. Experts say the US will warm four to six degrees by the end of the year, as winter approaches.

America will burn up, and Britain will become Siberian. And the planet will be destroyed immediately afterwards. 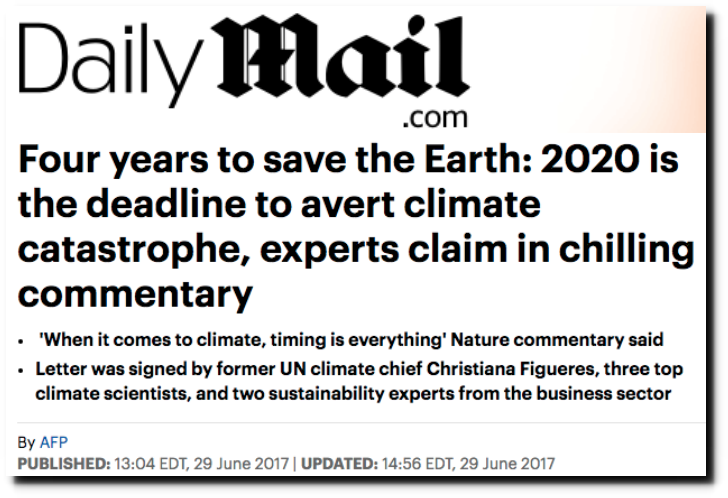 2020 is the deadline to avert climate catastrophe | Daily Mail Online

12 Responses to Only Three Months Left For Planet Earth