President Trump says it is a costly, foolish idea. 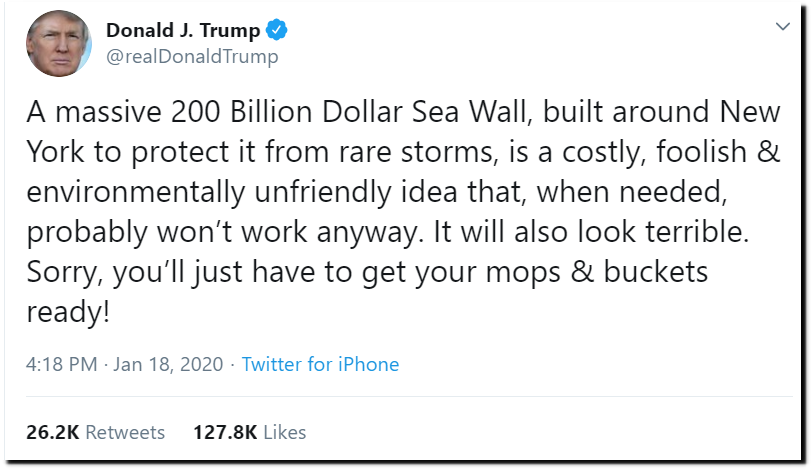 Sea level at New York is rising at the same slow rate as it did when Abraham Lincoln was president. There is no indication humans have had any impact or that New York is under any threat.

The number of landfalling US hurricanes and US major hurricanes have both declined. 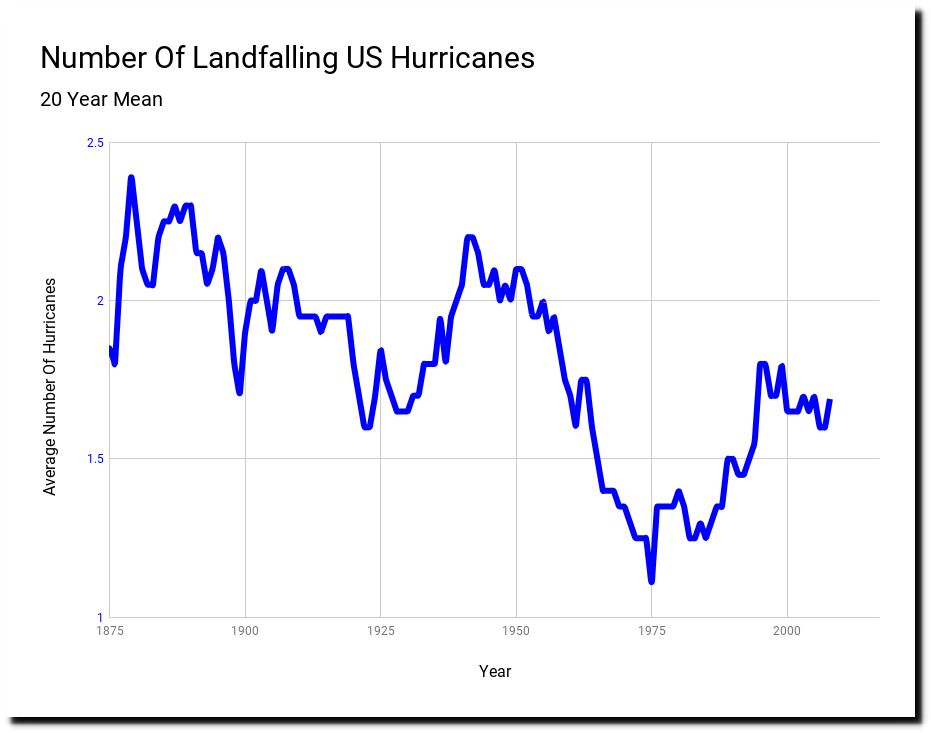 There is no indication that New York hurricanes have increased. 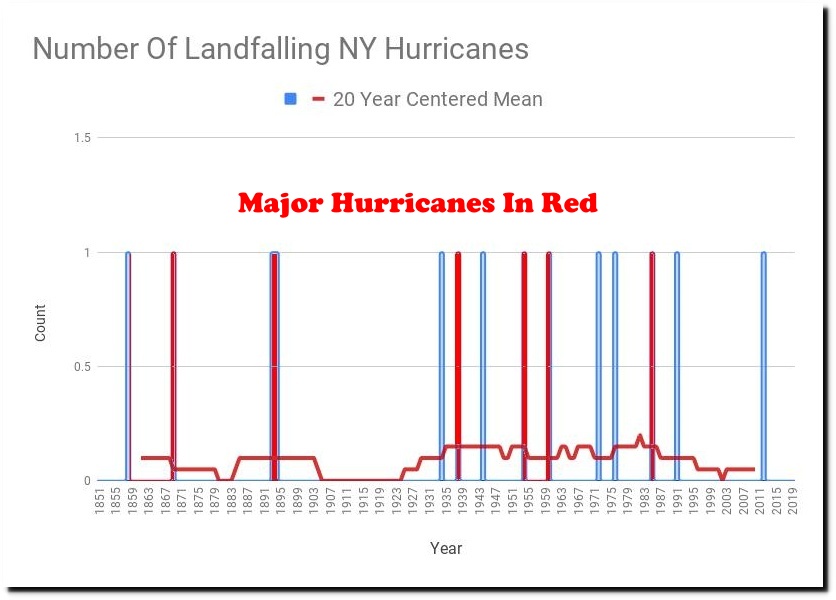 In 2016, the Washington Post was terrified by the lack of hurricanes.

The worst hurricane to hit New York occurred in 1821. 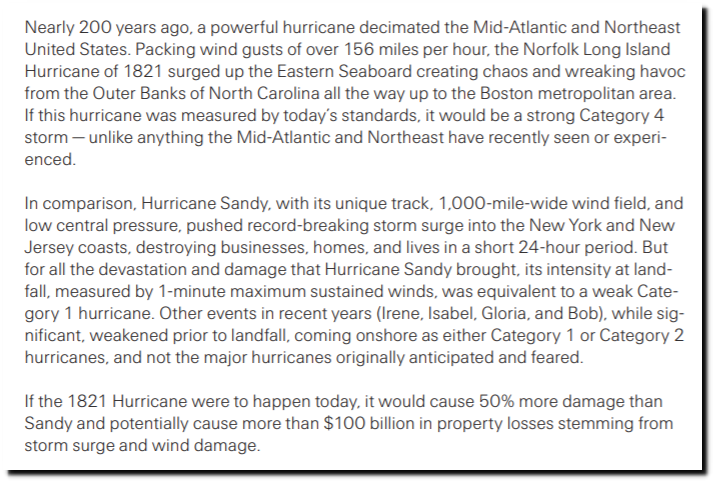 This came six years after another massive hurricane. 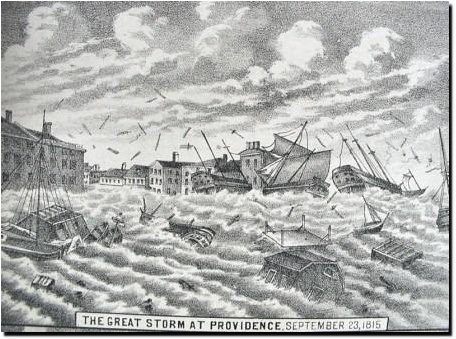 Hurricanes go all over the North Atlantic. Even Iceland has been hit by many tropical cyclones. Eight of the ten deadliest US hurricanes occurred more than 100 years ago. 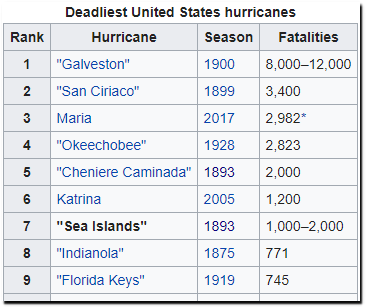 Nine of the 25 deadliest atlantic hurricanes occurred around the time of the Revolutionary War. Obama took full advantage of Hurricane Sandy for political purposes, then bought a mansion on the beach in New England. Opinion | The Next Hurricane, and the Next – The New York Times 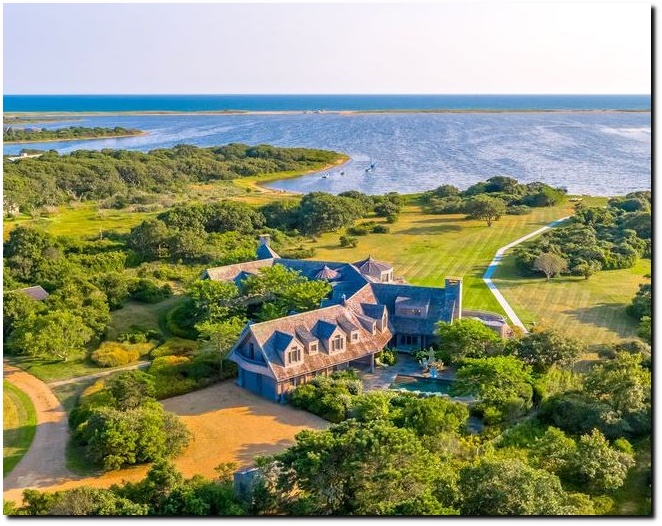 This si what New England looked like after the 1938 hurricane.

According to NASA’s James Hansen, Lower Manhattan has been underwater for two years already.

After Sandy, New Yorkers got a sneak preview of a low carbon footprint and the Green New Deal. 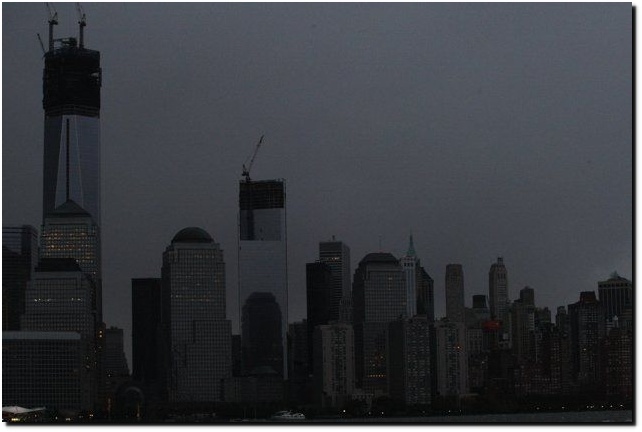 29 Responses to New York Times Wants To Build That Wall