The Case Against Climate Science

The editor of Lancet says :

The case against science is straightforward: much of the scientific literature, perhaps half, may simply be untrue. Afflicted by studies with small sample sizes, tiny effects, invalid exploratory analyses, and flagrant conflicts of interest, together with an obsession for pursuing fashionable trends of dubious importance, science has taken a turn towards darkness. As one participant put it, “poor methods get results” Offline: What is medicine’s 5 sigma?

Climate science is the worst science of all, and is closer to 100% is untrue. Here is one example.

Climate scientists are again fear-mongering about North American skiing, saying that global warming will ruin it. Data shows the exact opposite. North American autumn and winter snow extent has been increasing, indicating that the freeze line is moving south. Winter afternoon temperatures have been declining in the US for a century. The percent of winter days above freezing has also been declining for a century. Autumn afternoon temperatures have dropped sharply, as has the percent of warm autumn days. The last two autumns have been among the coolest on record. We have been having one record ski season after another in the western US.  The three snowiest winters at Squaw Valley, California were 2011, 2017, and 2019. This is what Squaw Valley, CA looked like yesterday. It hasn’t always been like this though. In 1960, the Squaw Valley Winter Olympics almost had to be cancelled because there wasn’t any snow,

This 2006 article about Katharine Hayhoe lied about the 1960 winter Olympics, and she predicted doom by 2060.

This is what Taos Ski Valley, New Mexico looks like this afternoon. This is what Sunrise Ski Park, Arizona looked like this morning. It is the same fake news from 12 years ago, when CU Boulder professors predicted the demise of skiing. 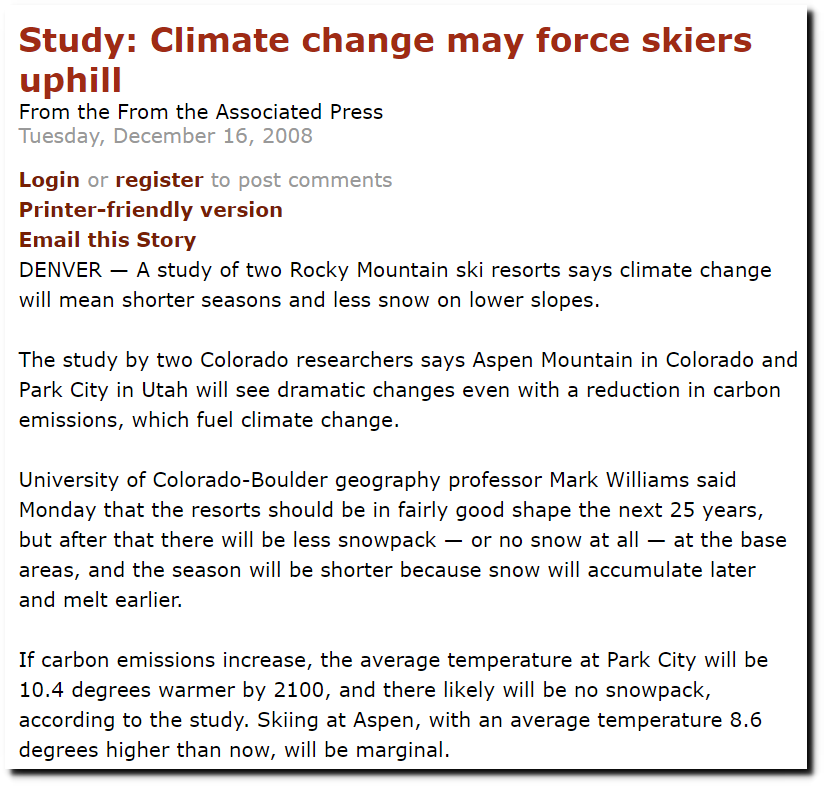 There has been no trend in Boulder snowfall since at least the 1940s.

It wasn’t always like this though. In 1976, there was no snow at Vail at Christmas. California was facing a  drought disaster.

England was having their hottest and driest summer on record, 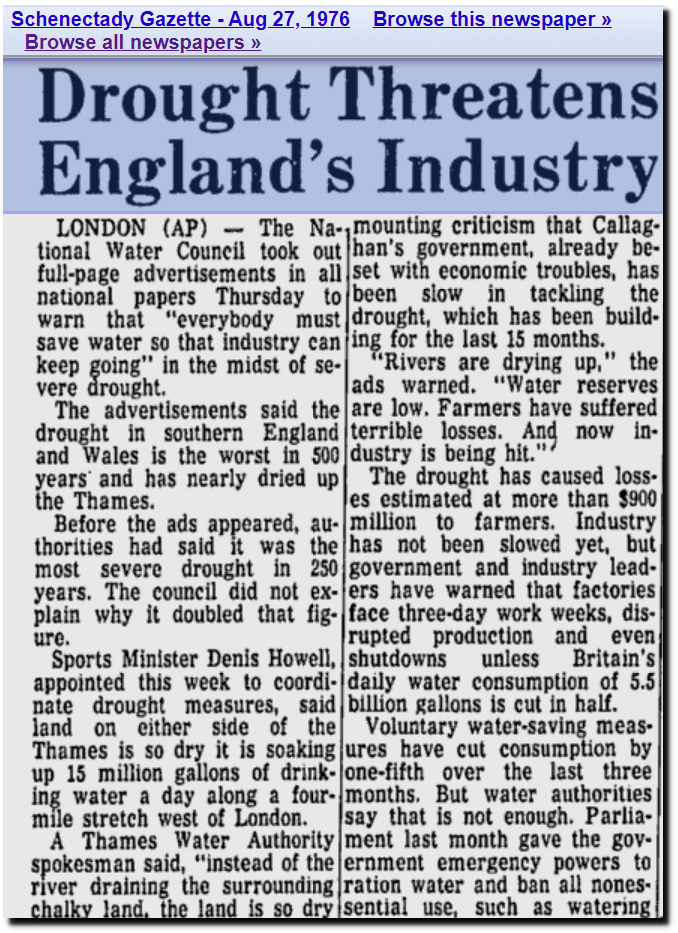 In 1995, scientists said skiing was doomed.

Scientists announced twenty years ago that “children just won’t know what snow is.”

In 2014, the New York Times announced the end of snow. In 2016, Jerry Brown and the New York Times announced the California permanent drought.

And California had their wettest winter on record immediately afterwards. Based on the junk science he had heard from climate scientists, Jerry Brown spent $100 billion on a train to nowhere, thinking it would make it rain and snow.

This is exactly what President Eisenhower warned about in 1961.

10 Responses to The Case Against Climate Science