The Superbowl Of Data Tampering

Posted on February 3, 2020 by tonyheller

NOAA shows that US afternoons have warmed sharply over the past century. NOAA thermometer data shows cooling. The warming only appears after the data is altered. 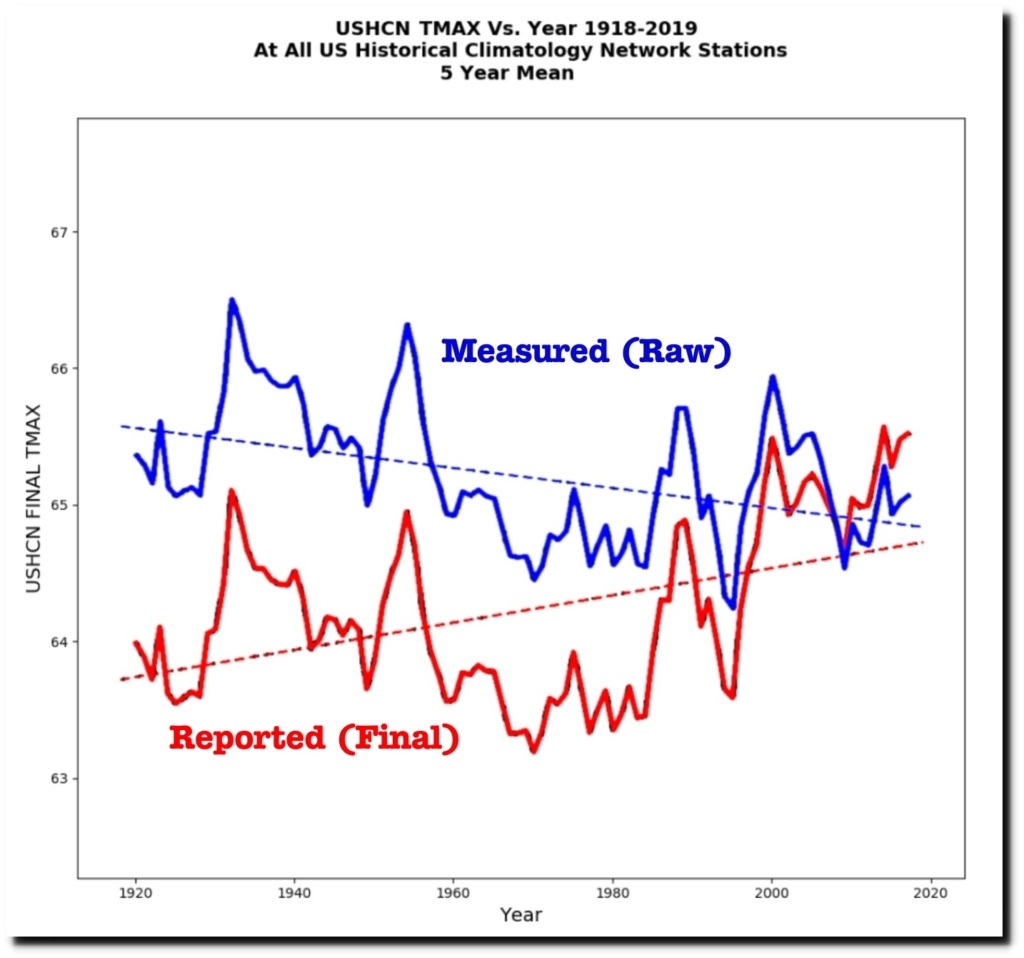 These adjustments are made despite the fact that hot days used to be much more common in the US. The National Climate Assessment agrees with the graphs I create. In this case, the 24 hour period begins at 4PM, and average maximum temperatures are too high. In this case, the 24 hour period begins at 4AM, and average minimum temperatures are too low. NOAA believes that most stations during the 1930s used a 24 hour period which began in the afternoon, causing average 1930s afternoon temperatures to be too high. This is easy enough to test out by splitting the stations up into afternoon groups and morning groups. The morning stations average about three degrees warmer, because people at warmer locations are more likely to read thermometers in the morning. If these two graphs are normalized, it becomes clear that there is almost no difference between the trends of the two groups of stations. TOB has very little effect. Missouri is the best state to look at in more detail, because they had nearly an equal number of morning and afternoon stations in 1936. NOAA massively adjusts Missouri temperatures to cool the past. But the two groups (morning and afternoon) are nearly identical, particularly during the 1930s. The NOAA adjustments are fraudulent. I pointed this out in 2014, and Anthony Watts originally disagreed with me – but later he came around and realized I was correct. He talked to Zeke and NOAA, and they acted shocked and surprised. Anthony thought they would fix it in a week.  But six years later the problem has only gotten worse. 43 Responses to The Superbowl Of Data Tampering