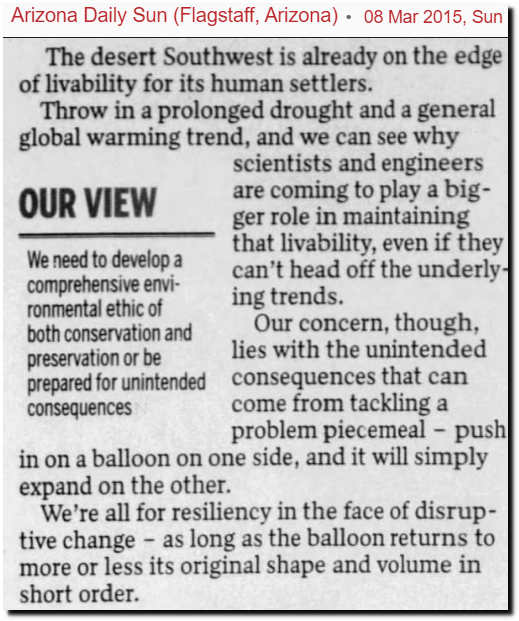 Since then, precipitation in Flagstaff has been slightly above the long term mean. Over the past four months, Arizona has been close to record wet. Arizona is the greenest I have seen it in 40 years Two years ago, experts announced the demise of snow in Flagstaff. Last year they had their snowiest day on record, and best ski season. State of Emergency in Flagstaff after snowiest day on record | 12news.com

I will shortly be headed up to the hills north of Phoenix to photograph the snow. This is what golfing looked like in Scottsdale, Arizona a year ago.