Arctic To Be Ice-Free, Again

Fox News says the Arctic will be ice-free in 30 years, and it is “disturbing.” 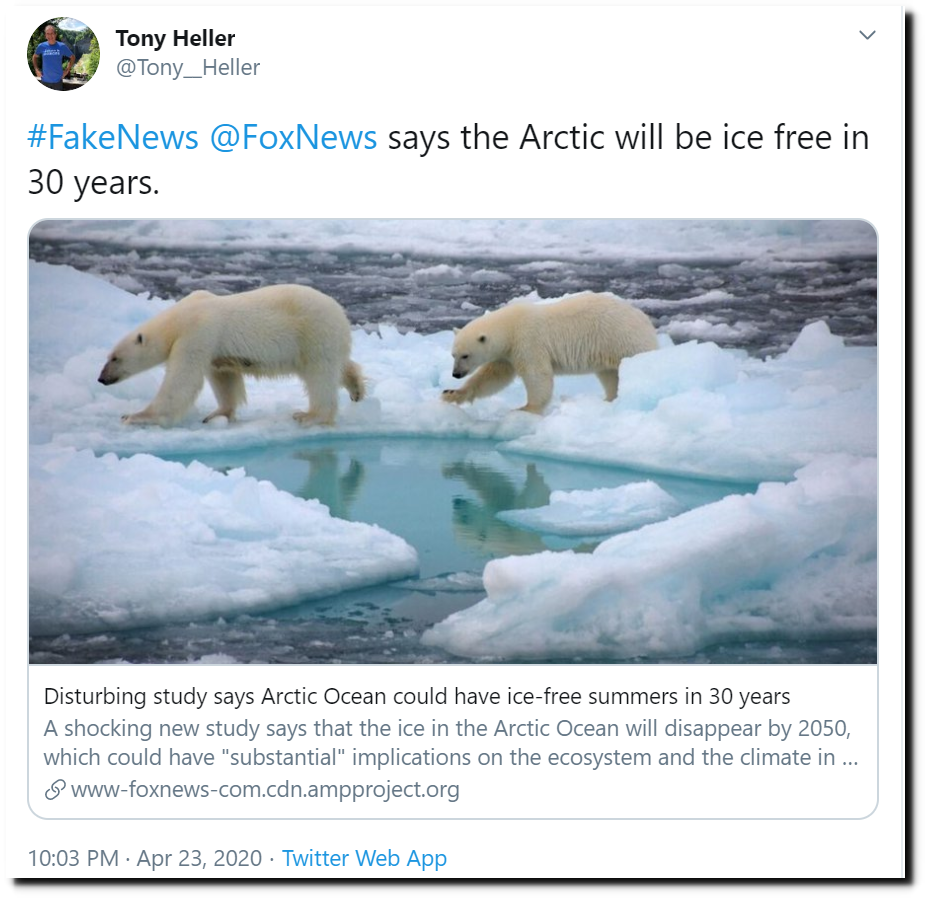 Experts are finally learning to push their predictions out past their retirement age.

8 Responses to Arctic To Be Ice-Free, Again