The New York Times doesn’t want you to work, leave your home, travel, or eat. They also don’t want you to hear accurate or sensible information on any topic. 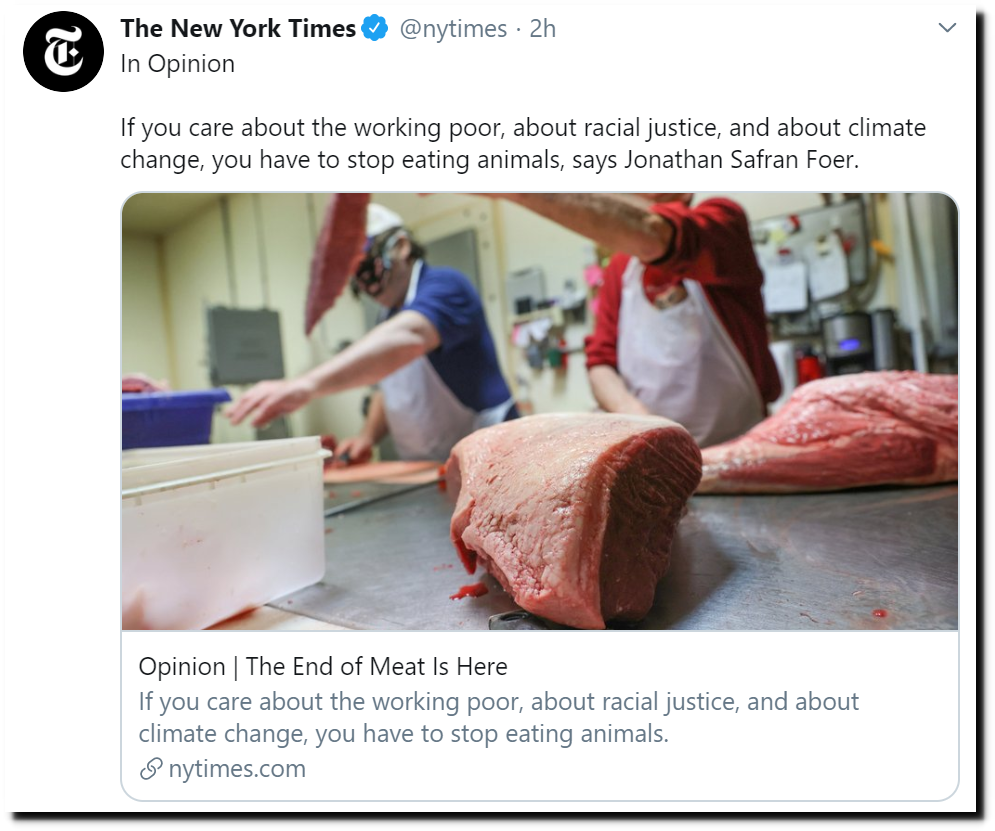