This week in 1910, forest fires in the upper Midwest and Canada killed more than 1,000 people. The temperature at Forestburg, South Dakota on October 11, 1910 was 100 degrees. That year was one of only three years with temperatures over 100 degrees in the Midwest this late in the year.  The other two years were 1920 and 1947.

On October 7 a forest fire raged out of control across Lake of the Woods County, Minnesota, leveling everything in its path. 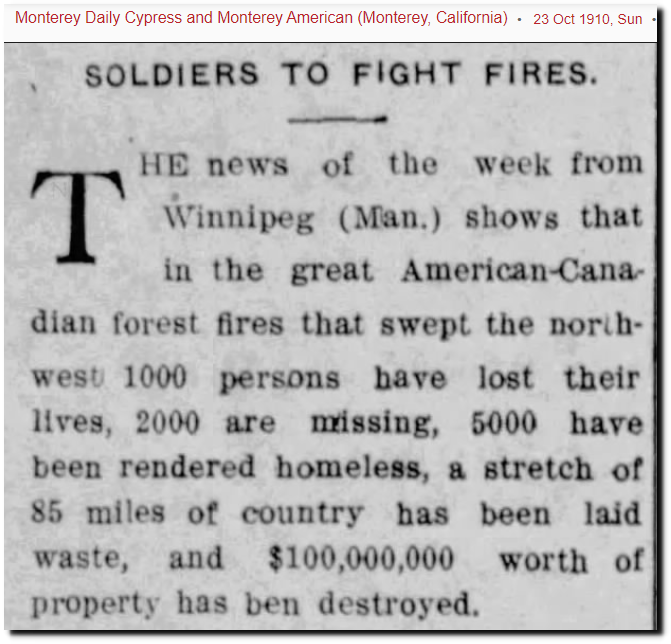 A few weeks earlier was the largest forest fire in US history, along the Idaho/Montana border. March of 1910 was the warmest on record in the US and the snow melted very early, which led to the massive fires later in the year.