Tokyo Has Had No Warming Trend Since 1994 For September

The day before yesterday was the end of September, so I made this chart. 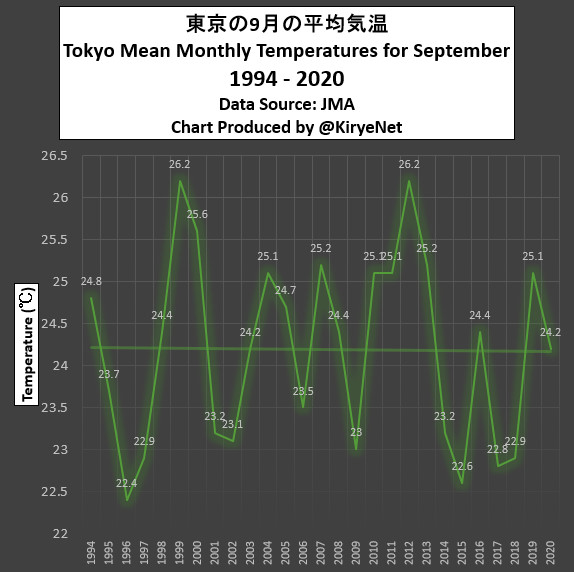 I’m sure many people in Tokyo believe the city is getting hotter every year because Japanese citizens often see TV commercials promoting man-made global warming.

However, there has been no warming trend since 1994 for September.

Now including the data for 2020 so far, the capital city of Japan has not experienced a warming trend since the end of the 1990s up to now, neither in spring nor summer. 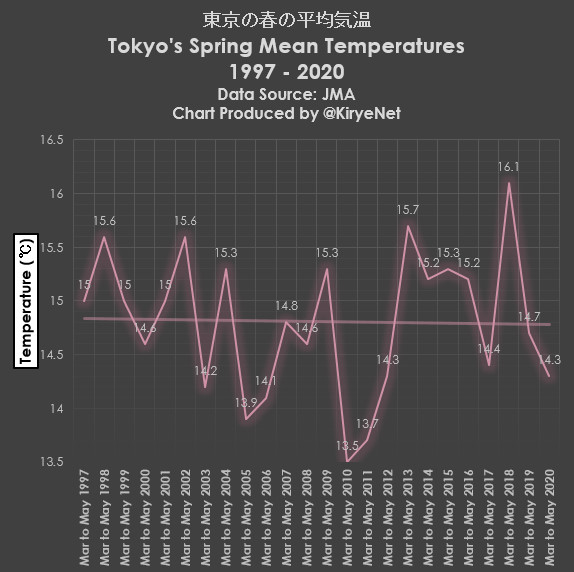 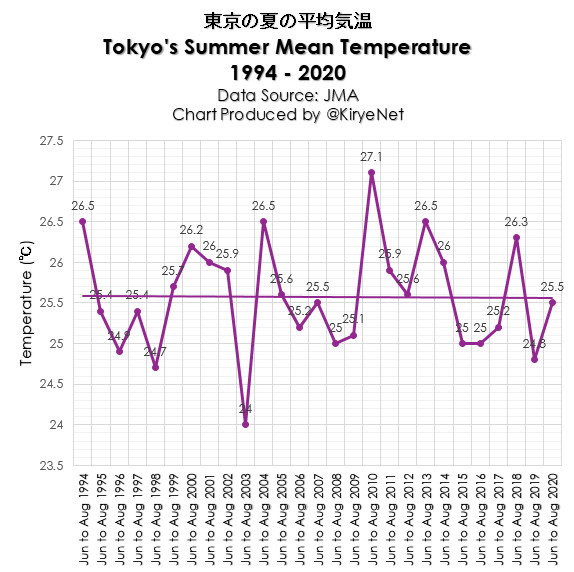 Even if you look at the autumn data until 2019, there has been no warming trend since 1989.

When November finishes, I will update the autumn chart.