A number of climatologists, whose job it is to keep an eye on long‐term weather changes, have lately been predicting deterioration of the benign climate to which we have grown accustomed. They point to signs both great (a steady global cooling trend since World War II) and quaint (the southward retreat from Nebraska of the warmth‐loving armadillo) to support their claim that the coming years will feature colder, more erratic weather.

Some recent warnings, from reputable researchers in Japan, Europe and the U.S., have so worried policy‐makers that last January certain scientists at a meeting of the National Academy of Sciences proposed the evacuation of some six million people from their parched homelands in the Sahel region of Africa. 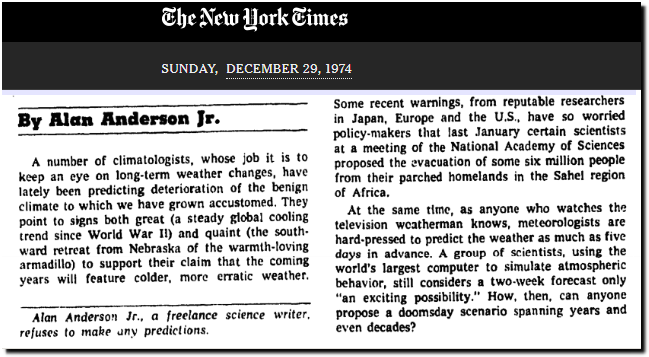