The Weather Channel says human CO2 decadence is drying up the Caspian Sea. Here is the same story from the Boston Globe in 1914. The Caspian Sea Level Project says that the level varies by 130 metres in rapid oscillations.

Caspian sea level oscillations may be a hundred time as rapid as eustatic ones. The last short-term sea-level cycle started with a sea-level fall of 3 metres from 1929 to 1977, and a sea-level rise of again 3 m from 1977 onwards, until in 1995 a highstand was reached.

Rapid sea-level fluctuations have taken place in the Caspian sea since it became a closed basin about 5.5 Ma ago. The Caspian sea, now at -27 m below oceanic sea level, is known to have had highstands of +50 m and -80? m in the last 100,000 years, and even higher highstands further afield. Svitoch (1991) subdivided the sea-level cycles in five classes based on the order-of-magnitude of their duration, in the orders of magnitude from 105 years to 101 years.

In 1882, the Chicago Tribune said the Decadence of Nations caused climate change which was drying up the earth. In 2001, NOAA said that human CO2 decadence was drying up the Great Lakes. 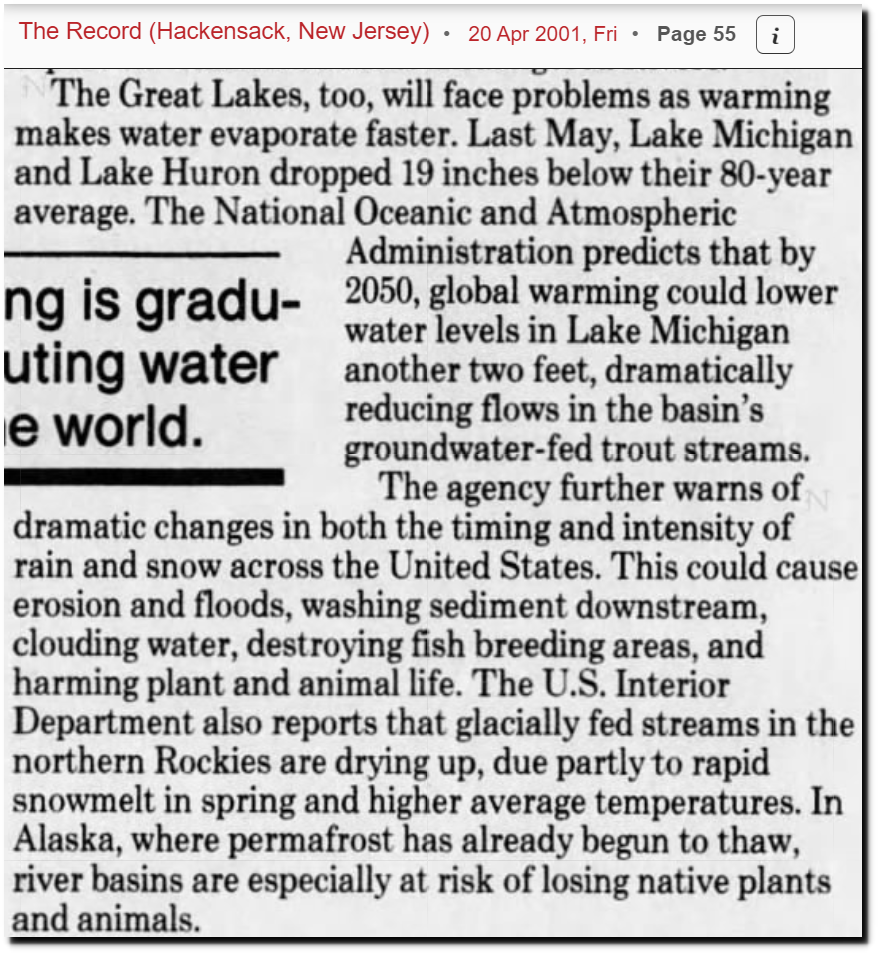 There has been no trend in Great Lakes Water Levels over the past century. This week marks the 150th anniversary of IMAGINARY CHANGES OF CLIMATE