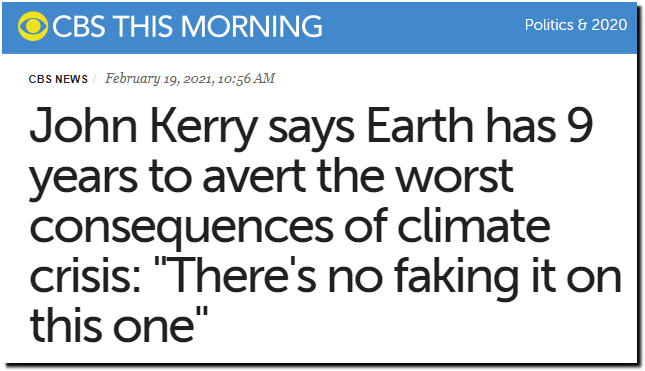 John Kerry says Earth has 9 years to avert the worst consequences of climate crisis: “There’s no faking it on this one” – CBS News

In 1989, the United Nations said global warming will destroy the planet in ten years. 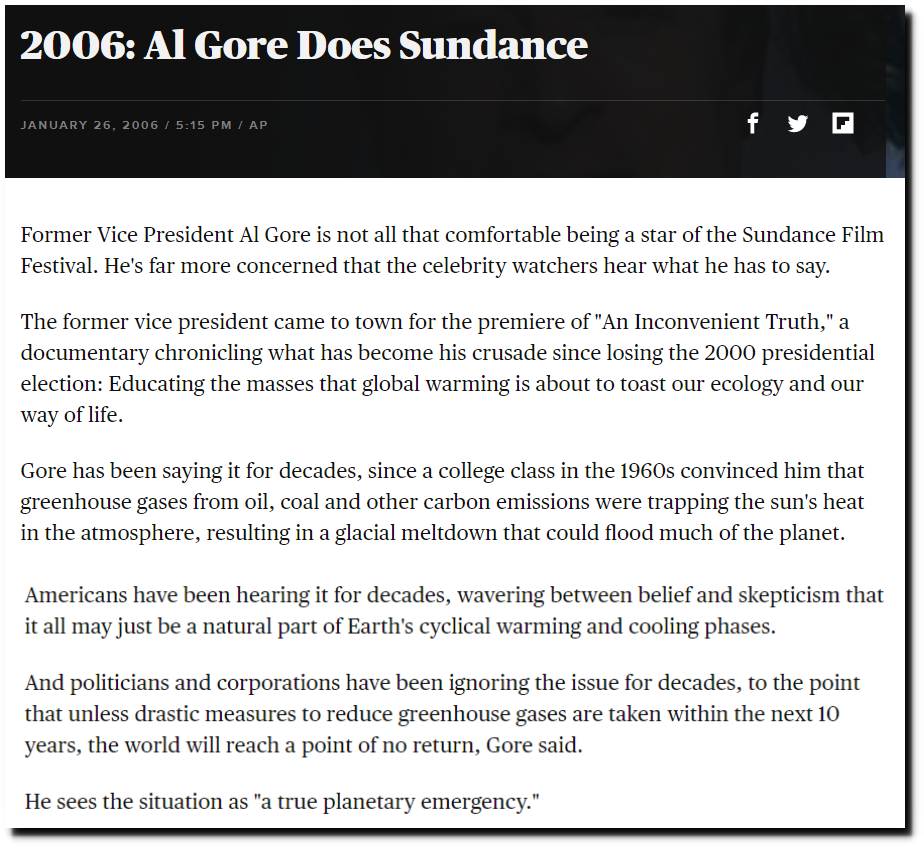 President ‘has four years to save Earth’ | Climate change | The Guardian

And the New York Times says it is time to panic.

Forty-five years ago, the CIA said problems caused by global cooling would become the central issue of every government. 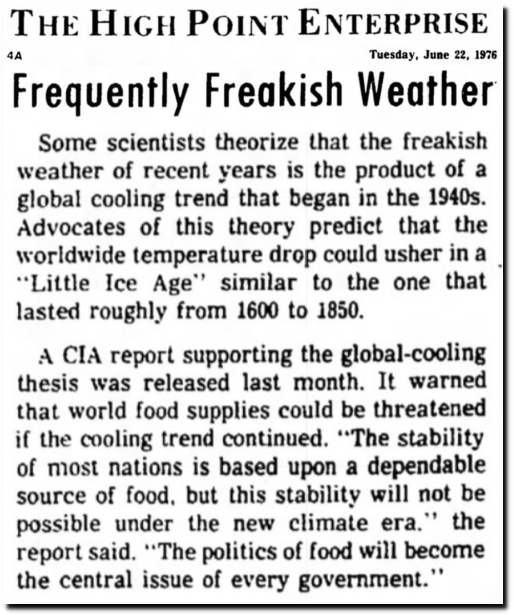 Much of earth is frozen and experiencing record cold, but the clock is ticking. 9 Responses to Global Warming To Destroy The Planet Again