“That great changes have taken place in the climate of Australia all testimonies satisfactorily prove. …. The aborigines say that the climate has undergone this change since white-man came in country. “ 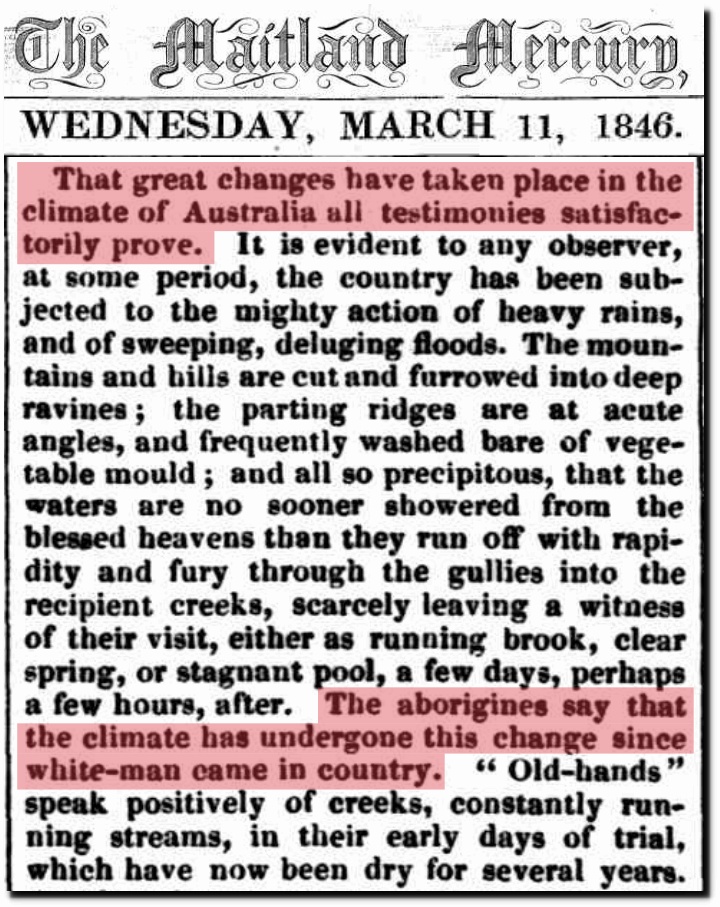 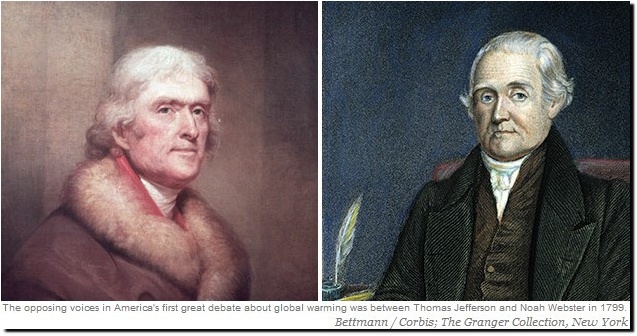 Thomas Jefferson was an ardent believer in global warming, until Noah Webster demonstrated that he was confusing UHI effects with climate.

In his 1787 book, Notes on the State of Virginia, Jefferson launched into a discussion of the climate of both his home state and America as a whole. Near the end of a brief chapter addressing wind currents, rain and temperature, he presented a series of tentative conclusions: “A change in our climate…is taking place very sensibly. Both heats and colds are become much more moderate within the memory of the middle-aged. Snows are less frequent and less deep….The elderly inform me the earth used to be covered with snow about three months in every year. The rivers, which then seldom failed to freeze over in the course of the winter, scarcely ever do so now.” Concerned about the destructive effects of this warming trend, Jefferson noted how “an unfortunate fluctuation between heat and cold” in the spring has been “very fatal to fruits.”

Webster concluded by rejecting the crude warming theory of Jefferson and Williams in favor of a more subtle rendering of the data. The conversion of forests to fields, he acknowledged, has led to some microclimatic changes—namely, more windiness and more variation in winter conditions. But while snow doesn’t stay on the ground as long, that doesn’t necessarily mean the country as a whole gets less snowfall each winter: “We have, in the cultivated districts, deep snow today, and none tomorrow; but the same quantity of snow falling in the woods, lies there till spring….This will explain all the appearances of the seasons without resorting to the unphilosophical hypothesis of a general increase in heat.”

Webster’s words essentially ended the controversy. While Jefferson continued to compile and crunch temperature data after his retirement from the presidency, he never again made the case for global warming.

1 Response to 200 Years Of White Men Changing The Climate