Hansen Wishes He Wasn’t So Right About Global Warming

I’ve spent thirteen years documenting how NASA’s James Hansen got everything wrong – and how he corrupted temperature data to cover it up. But he says he was correct about everything. I’m not going to detail his impressive list of failures here, but I am going to discuss the key failure which doomed all of his other predictions to failure as well. Central to his global warming theory is that a hot spot would appear in the lower troposphere near the equator. In 1985, he predicted 7C warming in the tropical troposphere hot spot. It didn’t happen, and tropical troposphere temperatures measured by satellites are not much different than they were 40 years ago. 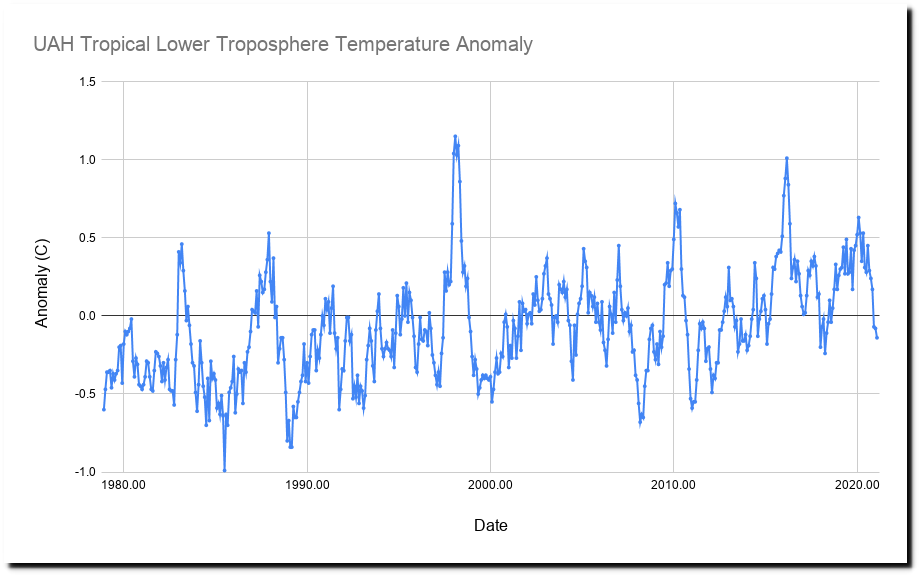 Hansen has no clue what he is talking about, but he also controlled the temperature data – so he was able to tamper with it to make it appear like he was correct.