Thirteen years ago, the Australian Bureau of Meteorology announced the permanent drought in Australia. 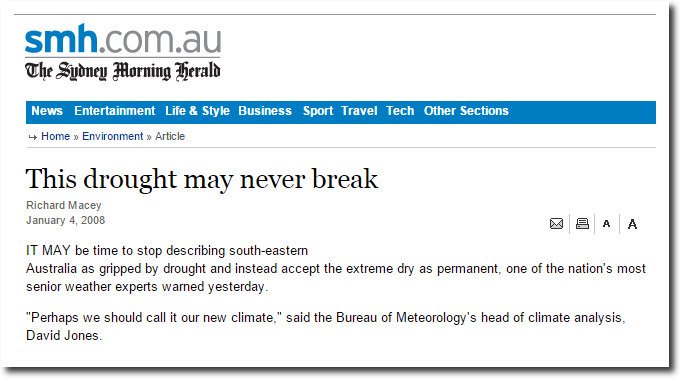 Two years later it rained so much in Australia that sea level lowered. 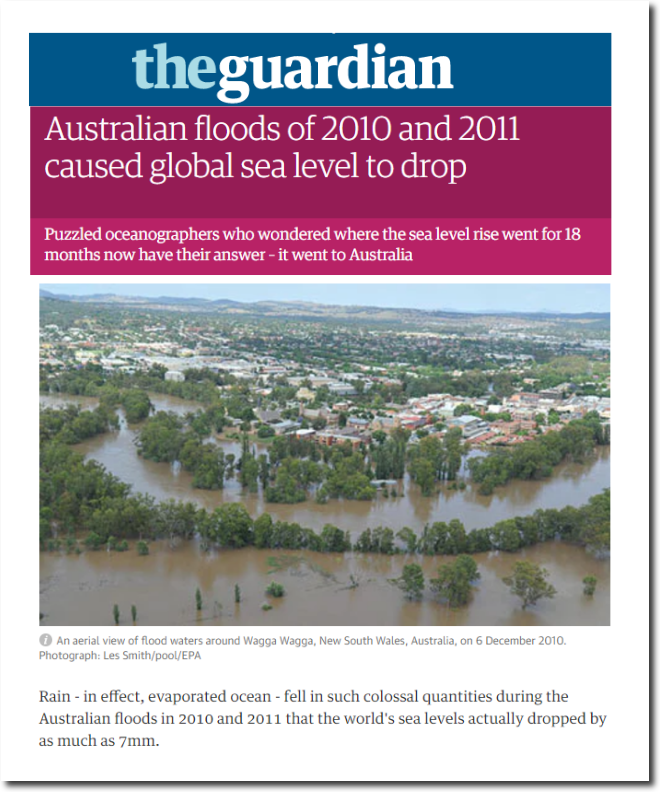 The same pattern of  drought and fire followed by flooding has occurred, and Michael Mann says it is because of “carbon emissions” This is the same climate Australia has always had.

“The theory of alternate long period or prevailing wet or dry seasons may be confirmed in the mind of any one who will observe the numerous small swamps in which there is a growth of gum trees, which must have required a period of at least fifteen years, during which there was no standing water on the ground, and after they had attained their present growth, a succession of hot seasons has left sufficient water on the ground to kill them.” “I love a sunburnt country,
A land of sweeping plains,
Of ragged mountain ranges,
Of droughts and flooding rains.
I love her far horizons,
I love her jewel-sea,
Her beauty and her terror
The wide brown land for me!”

One hundred fifty years ago, this author lamented the prevalent superstition that the Australian climate was changing.

The perceived changes have always been blamed on white men. 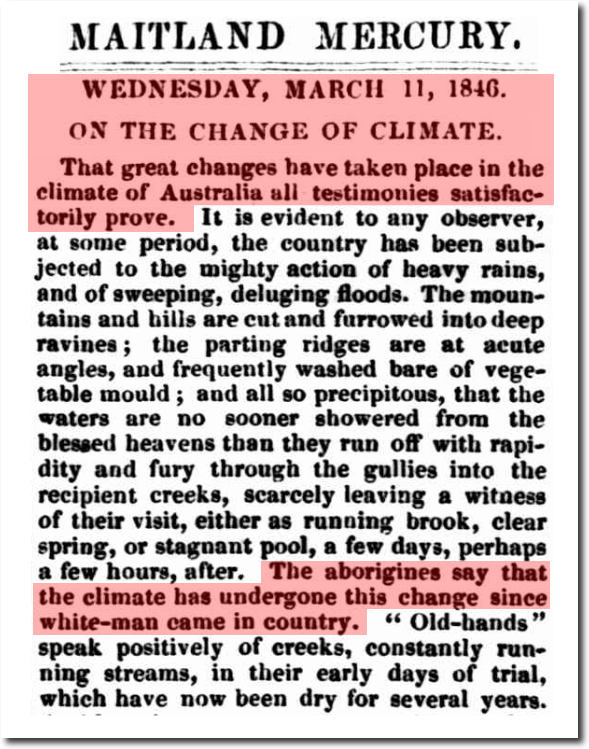 1974 started with historic flooding in Brisbane. The press said these were indications of global cooling.

On January 14, 1939 it was 114F (46C) at Sydney, NSW. Massive fires burned most of the forest from Melbourne to Canberra, and decimated the Koala population. Residents were traumatized for years by the sounds of the Koalas screaming in the forest. 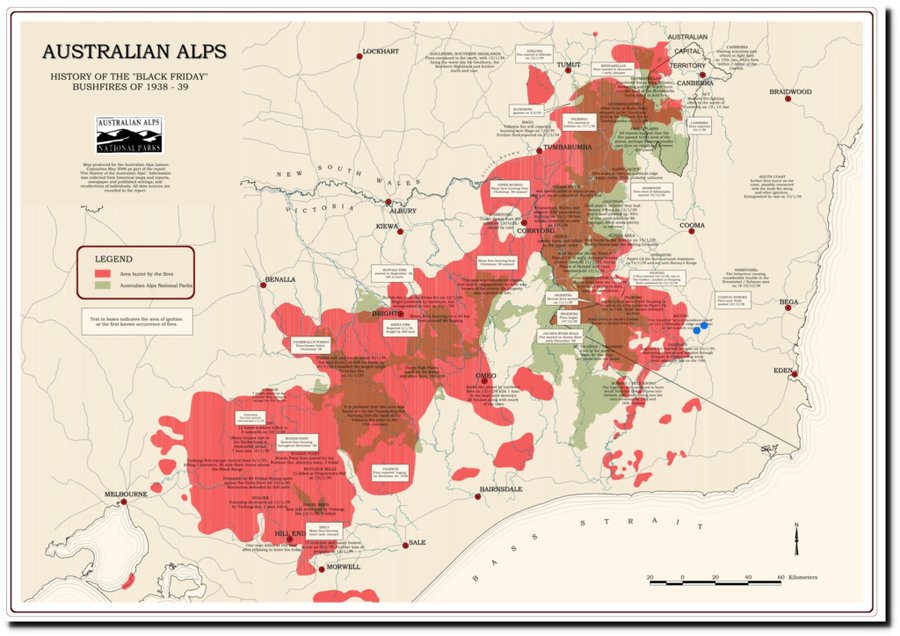