Nine Degrees Warming In Sydney By 2070

In 2007, an Australian government study said Australia was having its worst drought on record and warned Sydney would warm nine degrees by 2070. Sydney is currently having one of their coolest summers on record and their worst flooding in 60 years. 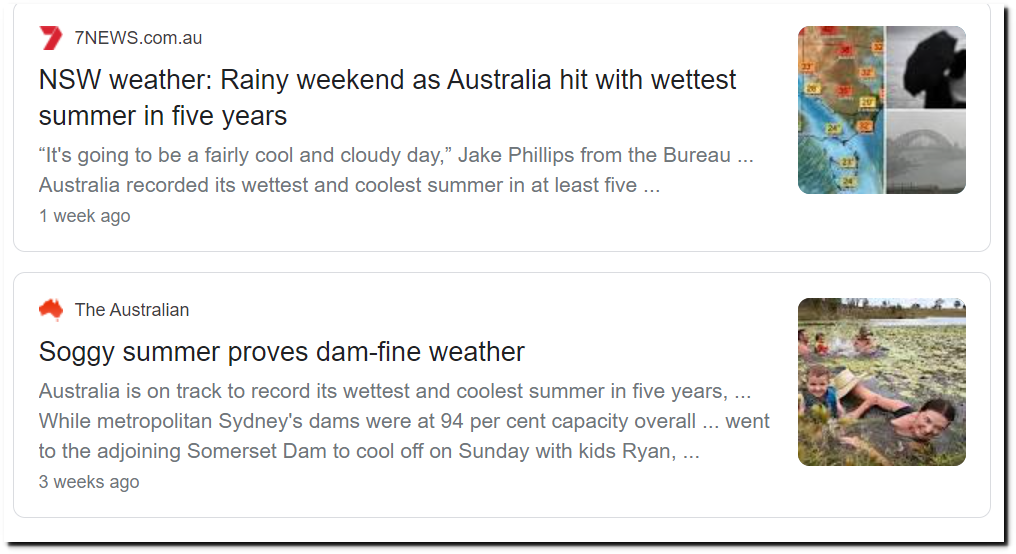 Three years after their 2007 forecast, it rained so much in Australia that sea level dropped several mm As is normally the case with government climate scientists, they were lying both about the past and the future. January-March temperatures peaked at Bathurst in 1878, and have dropped off sharply since then. In 1878, Bathurst reached 112F. This year’s warmest was 96F.

Australia was extremely hot in 1878, and Minnesota had no winter.

1878 was the peak year from the Atlantic Multidecadal Oscillation, which Michael Mann is currently trying to cancel. 10 Responses to Nine Degrees Warming In Sydney By 2070