In 2015, satellites showed that the world had cooled since the beginning of the century.

This didn’t suit the agenda, so government scientists declared the “pause” to be invalid.

And Carl Mears at RSS complied by turning the cooling trend into a warming trend. 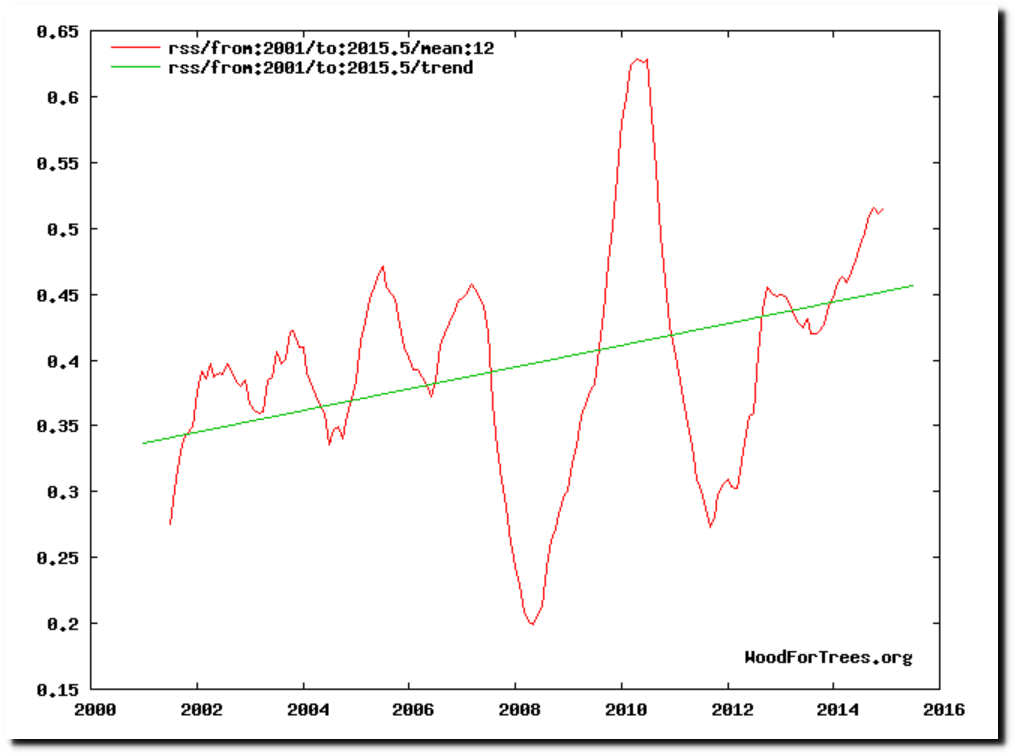 Rather than changing the data, Carl Mears changed the interpretation of the data. After 2016 he removed the blue error range and used the upper bounds of the error rather than midrange of the error. He also changed the wording and misspelled satellite.

“Note that after 1998, the observations are likely to be in the lower part of the model distribution, indicating that there is a small discrepancy between the model predictions and the satelllite observations” I made this prediction because Ted Cruz used an RSS graph in a Senate hearing in March of 2015. Carl Mears at RSS then came under intense pressure to make his data match the surface temperature data. 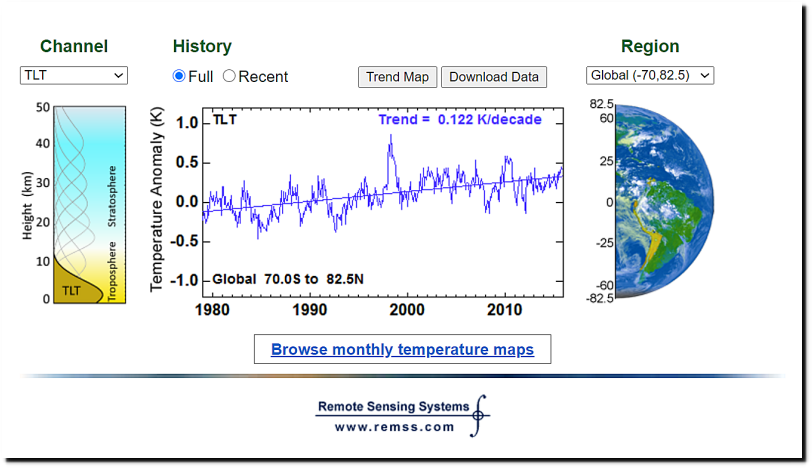 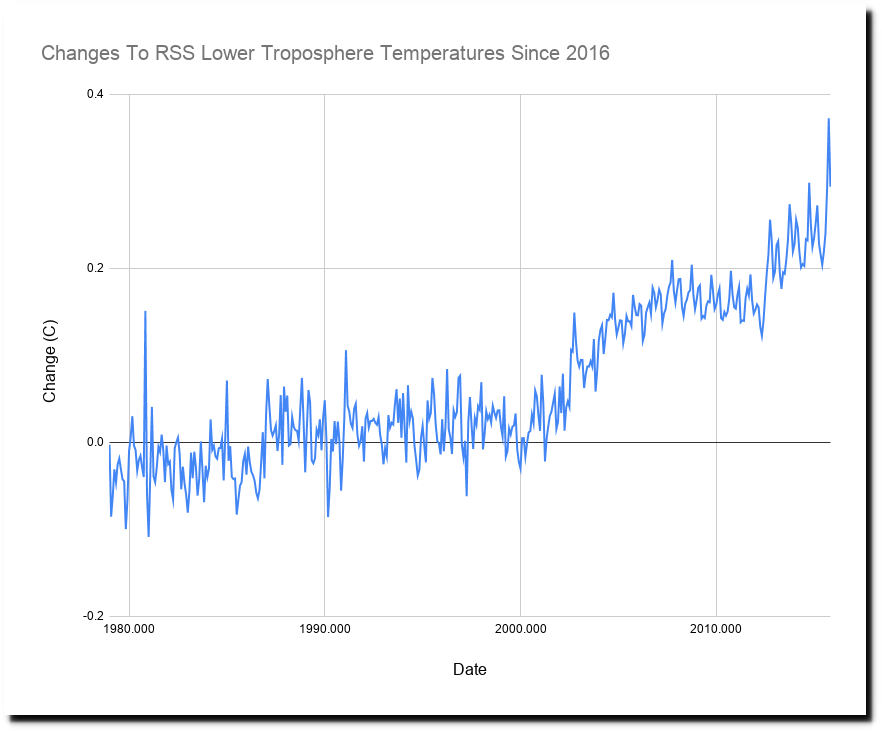 23 Responses to Making The Pause Disappear