Rewriting And Hiding History At The New York Times

Five years ago I called out the New York Times for claiming that 10.1 million acres burned in the US was a record. 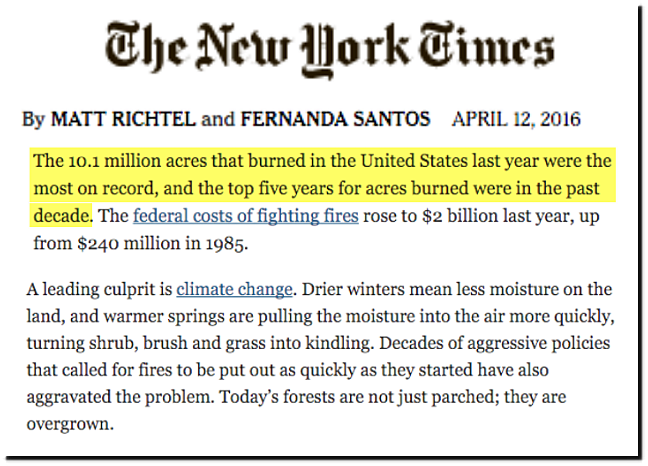 I used this New York Times article to show that burn acreage in 2015 was only half of 1937. 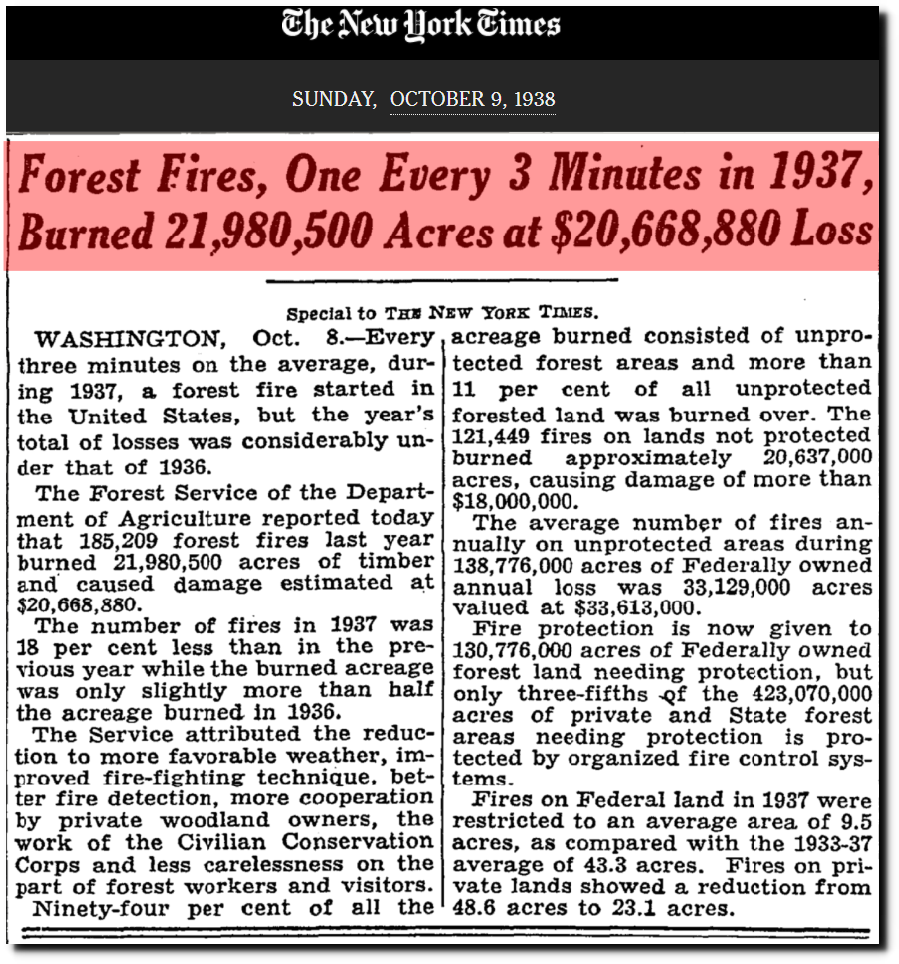 Sometime since, they silently rewrote the text (without errata) and now ignore all the years before 1960. 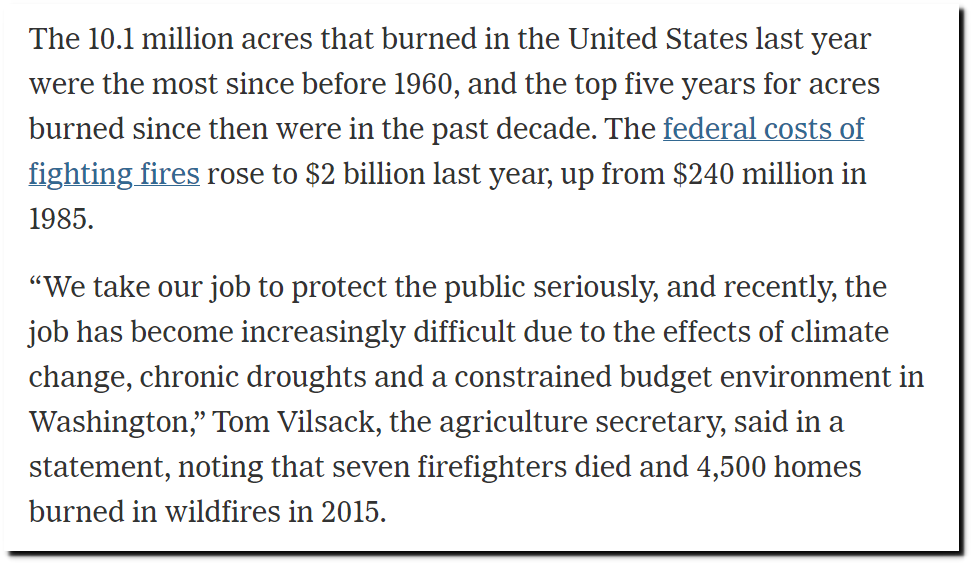 They are creating a fraudulent and rewritten version of history to push climate fraud.