“Scientists predict average global temperatures could increase between 4 and 9 degrees in the next 50 years due to the accumulation of industrial emissions in the atmosphere, particularly carbon dioxide, which is released by the burning of fossil fuels such as coal, oil” 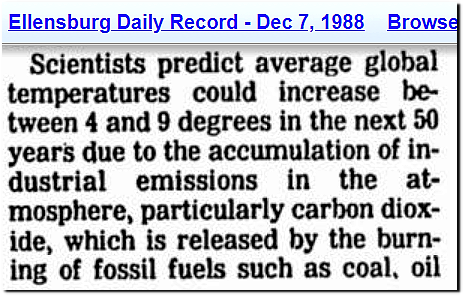 Lower troposphere temperatures were about the same last month as in 1988. 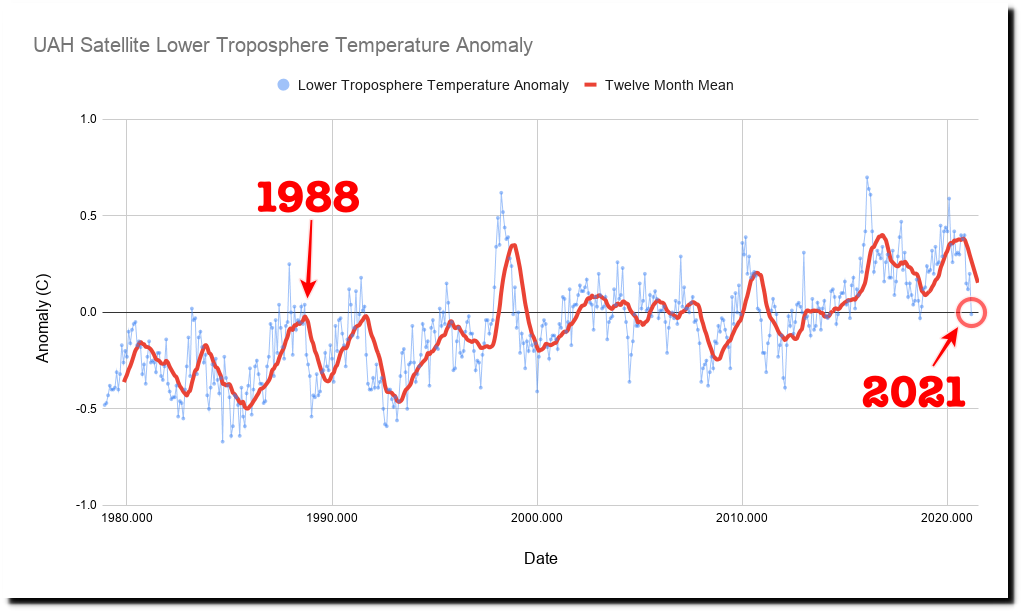