Last year’s fire season was below the long term average, but the press reported it as the worst season on record.

The reality is that burn acreage was below the long-term average. 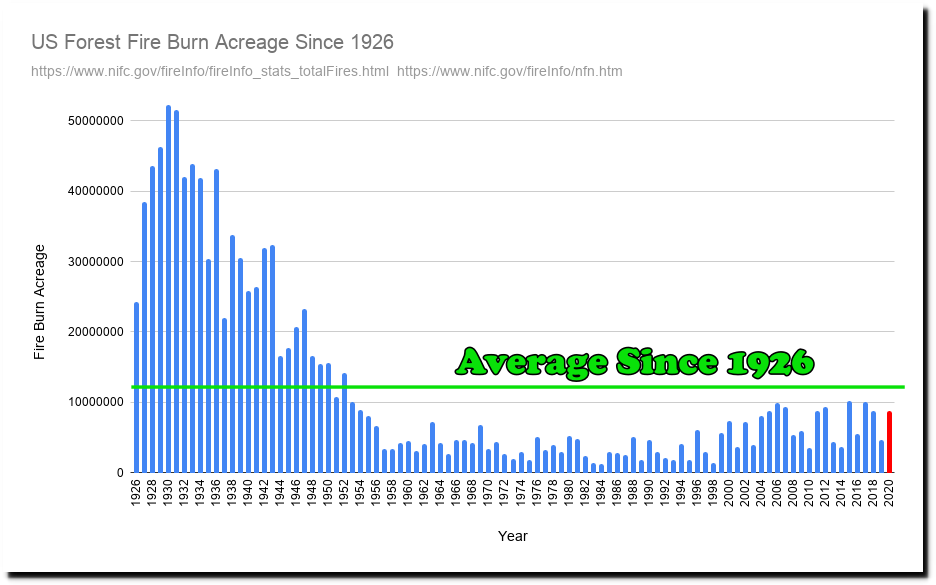 During February, the Biden Administration deleted all of the inconvenient data prior to 1983, which was the lowest burn acreage on record. 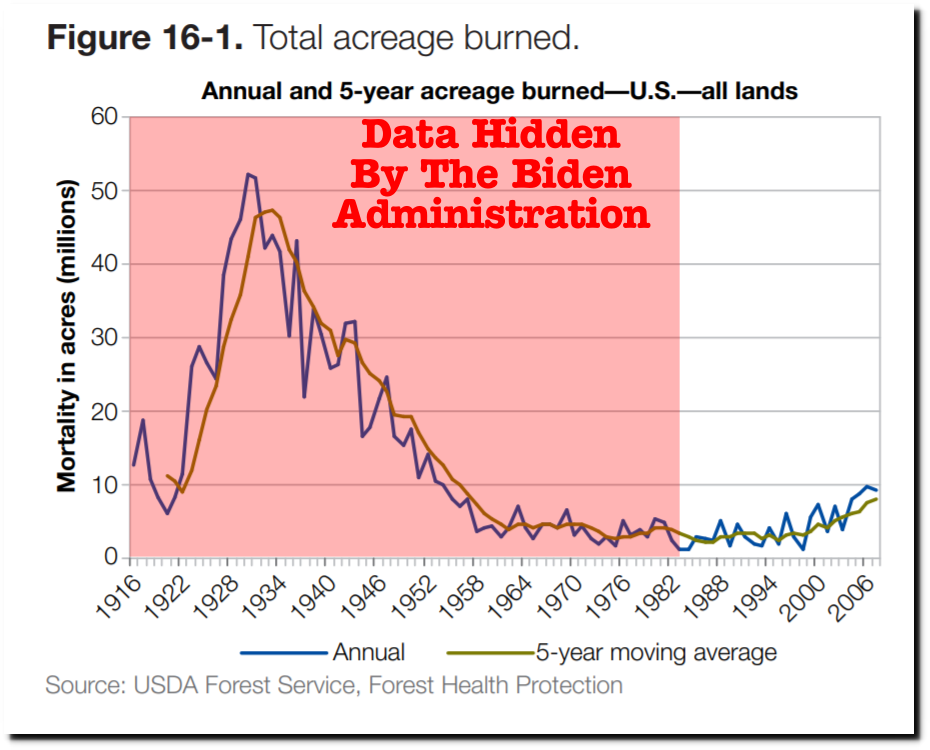 The gaslighting was particularly bad in Colorado, where the press determined that Colorado history only goes back 20 years and was the worst year on record. Five charts that show where 2020 ranks in Colorado wildfire history

Colorado has been a state since 1876, and during 1898 massive fires covered most of the state.