This this will come thirty years after the planet was destroyed by global warming in 2000.

It also comes thirteen years after Obama and Biden healed the planet. It was a busy month. 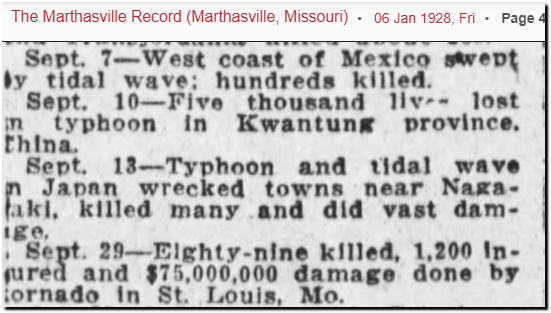 A few weeks later, flooding wiped out more than 1,000 bridges in Vermont, and drowned the Lieutenant Governor. Earlier in the year was the worst flooding in US history along the Mississippi River.

10 Responses to Biden : Ten Years Left For The Planet