Wyoming has the lowest vaccination rate in the country and the state reports that cases are dropping sharply.

But a local radio station and the New York Times appear to have a different agenda, reporting that cases and hospitalizations are surging. 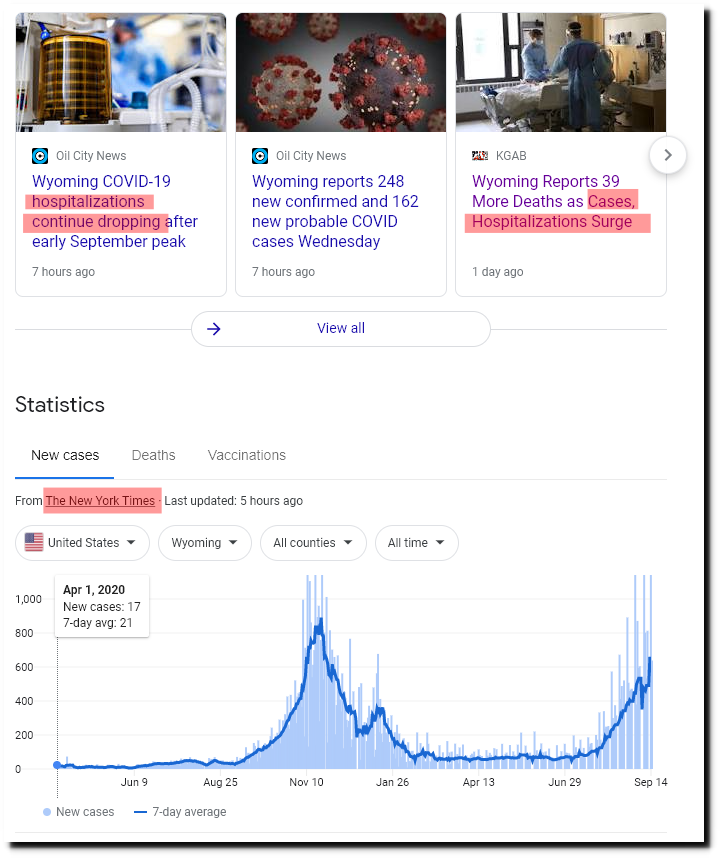 Little the press reports seems to have anything to do with reality.

12 Responses to COVID In Wyoming