1908 : “Why the Popular Belief in Climatic Changes is Untrustworthy”

“Why the Popular Belief in Climatic Changes is Untrustworthy.

Why is the popular belief in a change of climate so widespread and so firmly fixed, when instrumental records all go to show that this belief is erroneous? It is not easy to answer this question satisfactorily, but several possible explanations may be given. The trouble arises chiefly from the fact that we place absolute trust in our memories, and attempt to judge such subtle things as climatic changes on the basis of these memories, which are at best short, defective, and in the highest degree untrustworthy.” 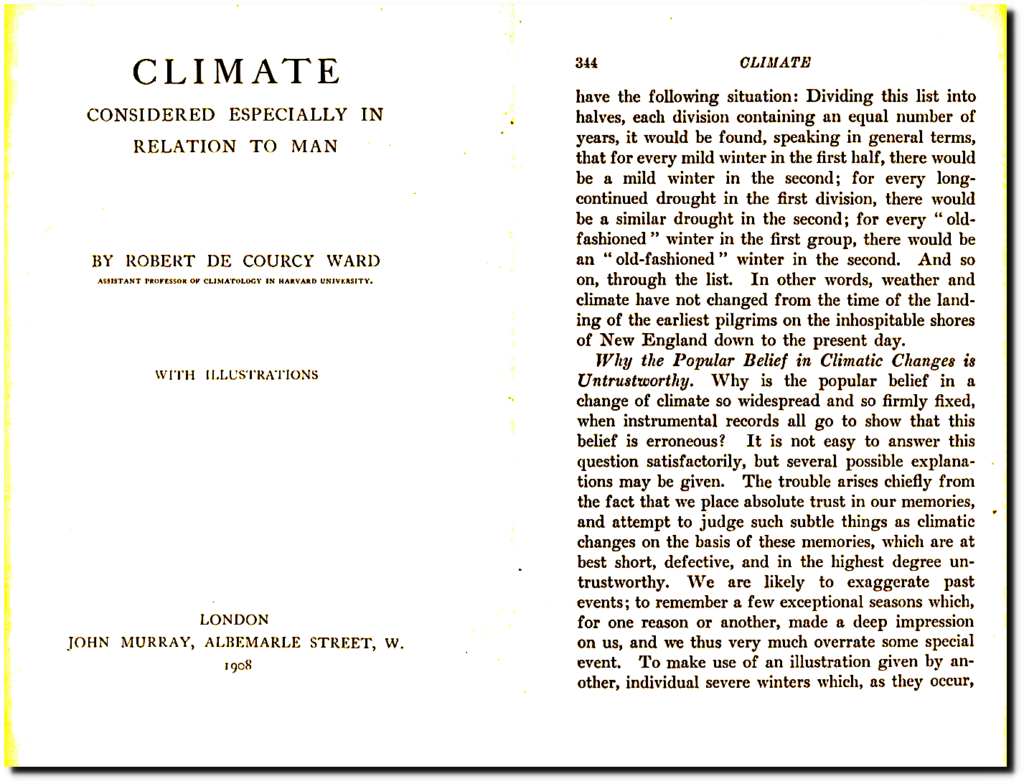 6 Responses to 1908 : “Why the Popular Belief in Climatic Changes is Untrustworthy”