Misrepresenting The Past And Mispredicting The Future 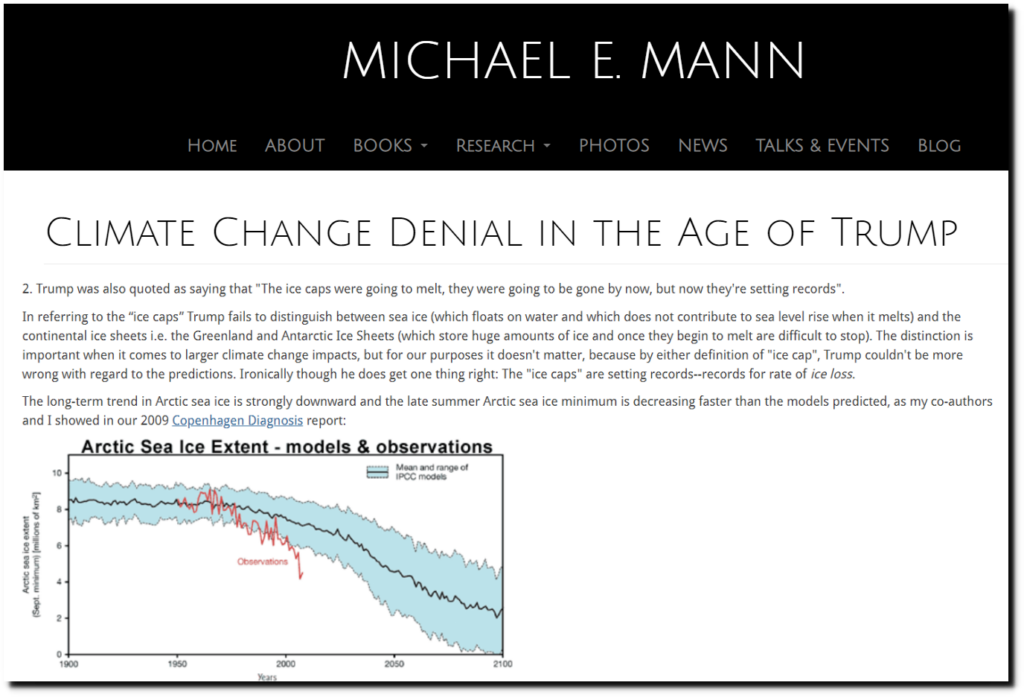 In the (now deleted) 2009 “Copenhagen Diagnosis” authored by such prestigious climate scientists as Michael Mann and Steven Schneider, they showed a sharp decline in Arctic sea ice from the 1960s through 2008, and predicted an ice-free Arctic by 2040. 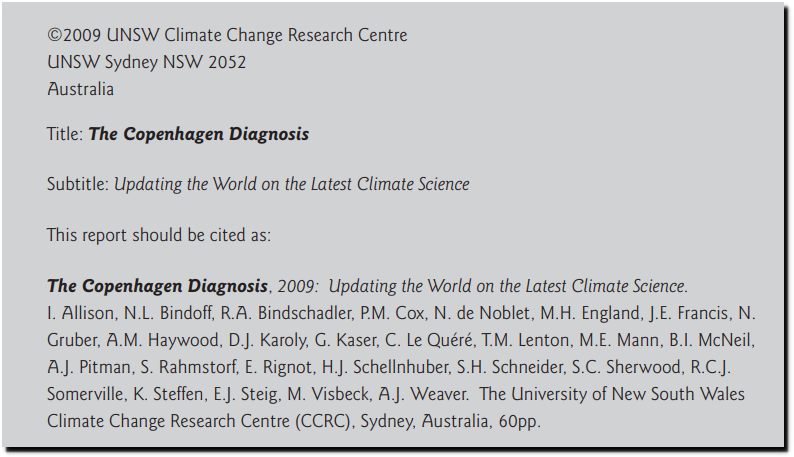 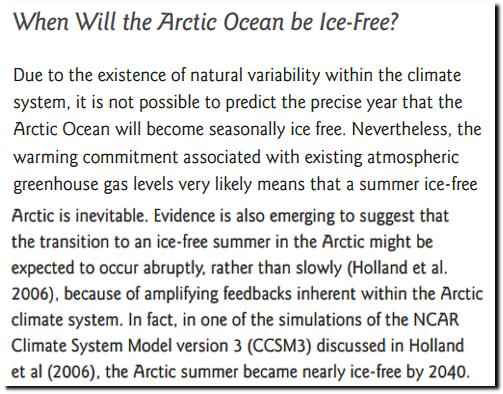 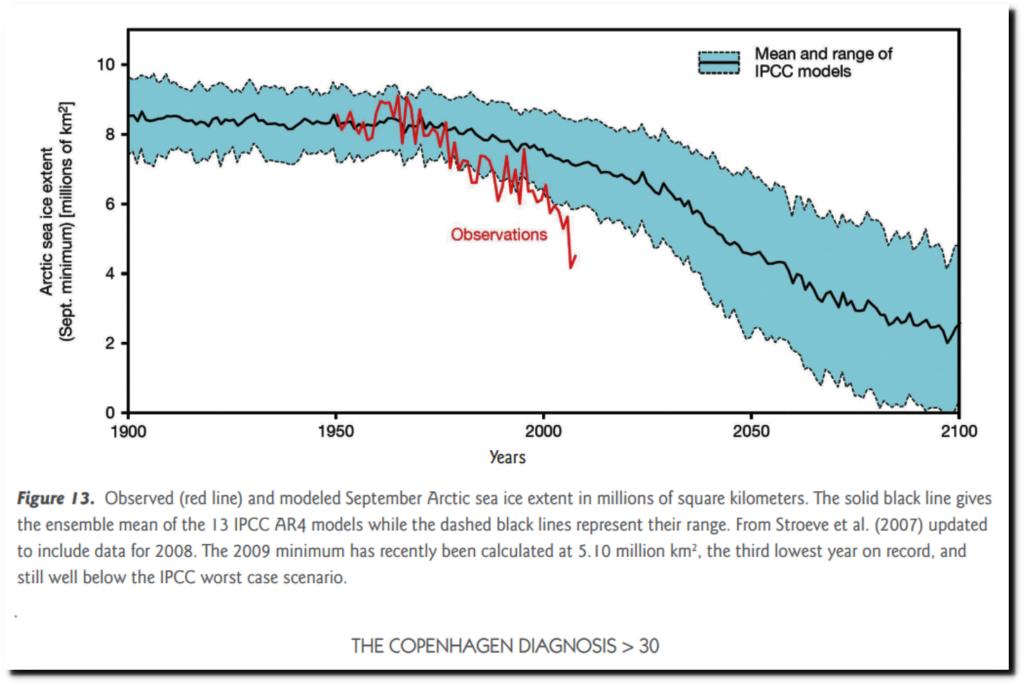 I updated their graph with the latest data showing that the trend in Arctic sea ice over the past 14 years has flatlined. 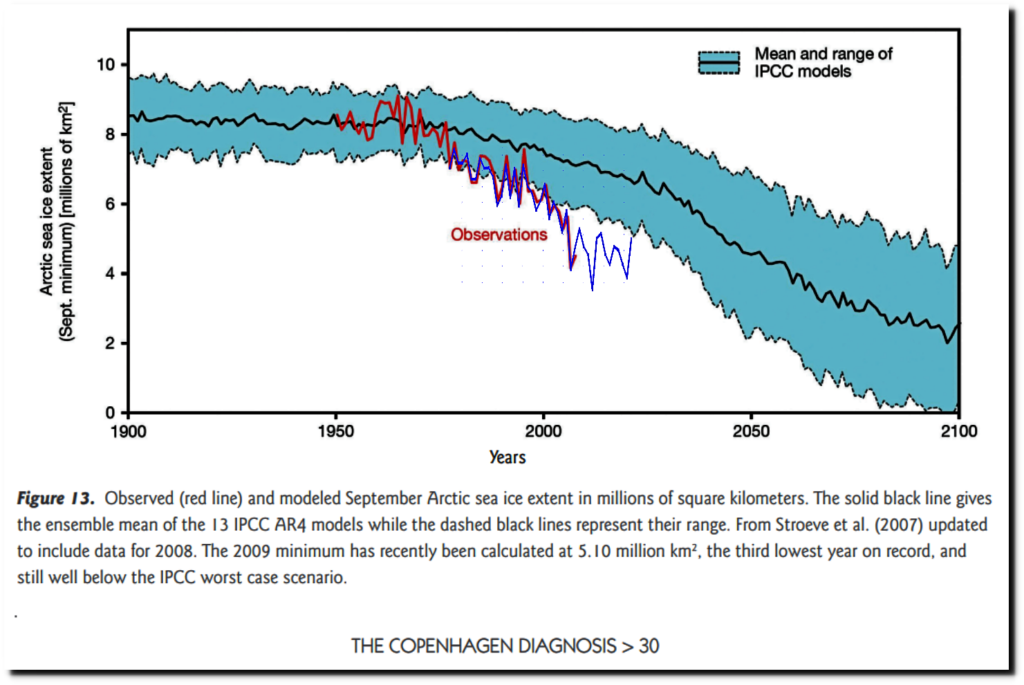 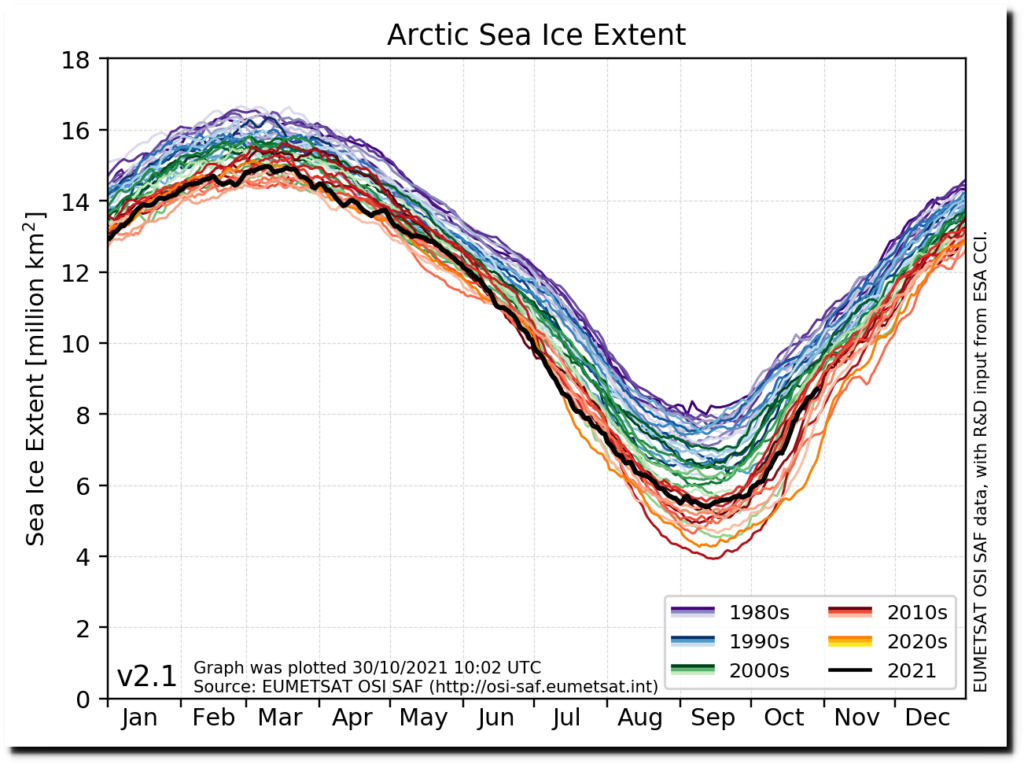 Their prediction is failing badly, as is their representation of the past. They show a sharp drop in sea ice in the decade prior to 1979. 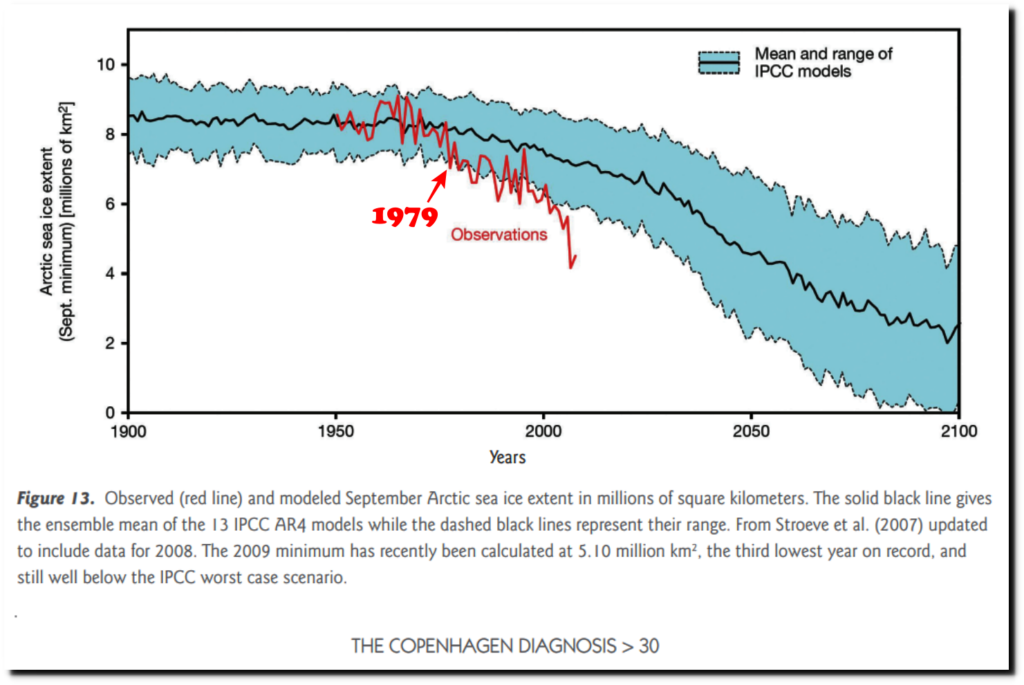 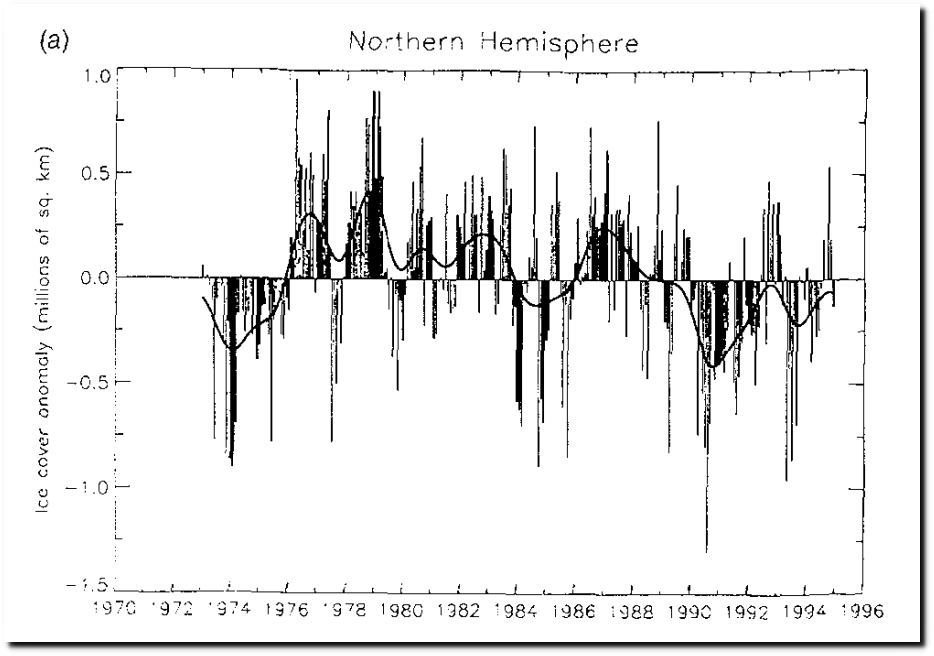 This is standard practice for Michael Mann – misrepresenting the past and mispredicting the future.

3 Responses to Misrepresenting The Past And Mispredicting The Future